The American Southwest recorded its driest 22-year period since researchers began tracking climate conditions more than 12 centuries ago thanks to an ongoing “megadrought.”

The multi-decade drought has caused historic dryness due, in large part, to global warming, according to the research published in Nature, a prominent scientific journal based in England, on Monday. Dry weather over the last 22 years has hampered water supplies and the agriculture industry in the region.

“We show that after exceptional drought severity in 2021, ~19% of which is attributable to anthropogenic climate trends, 2000–2021 was the driest 22-yr period since at least 800,” the study stated. “This drought will very likely persist through 2022, matching the duration of the late-1500s megadrought.” (RELATED: ‘We’re In Trouble’: Major UN Climate Pledge In Doubt Just Months After It Was Made)

The drought, already the worst in roughly 500 years, is now considered by the researchers the worst in 1,200 years due to the extremely dry weather recorded in 2021, The New York Times reported. Over the summer, the weather worsened, affecting most of the West and pushing the drought “over the top,” according to the study’s lead author, A. Park Williams, a researcher at University of California, Los Angeles.

Williams and his co-authors were able to track historic climate patterns and droughts using tree ring data, according to the NYT. 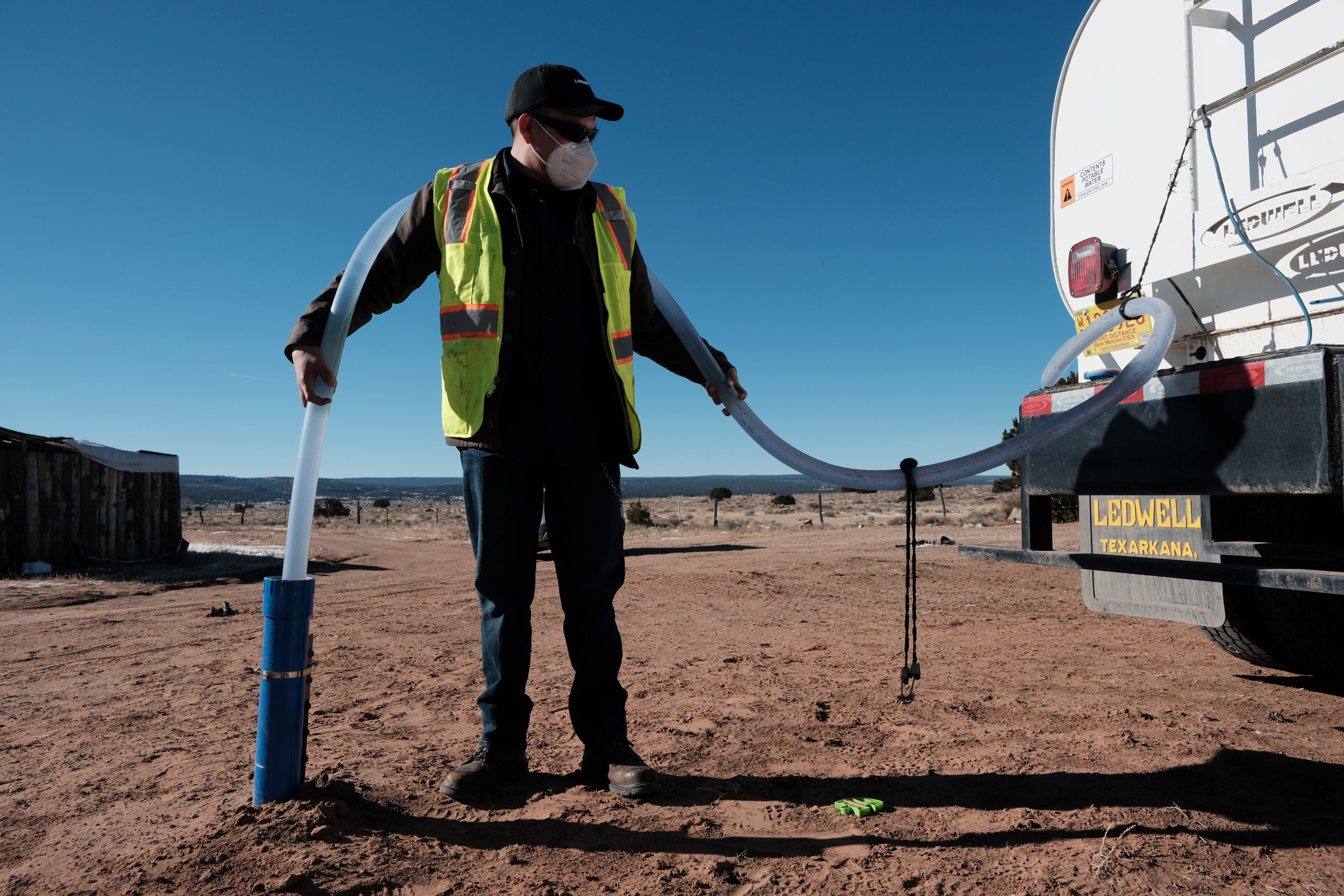 A water pump is repaired outside of a home on the Navajo Nation on Dec. 16 in Thoreau, New Mexico amidst a regional drought. (Spencer Platt/Getty Images)

The study determined that climate change was the major reason for the worsening drought, the NYT reported. The drought would have been 40% less severe without global warming, Williams said.

“We’re sort of shifting into basically unprecedented times relative to anything we’ve seen in the last several hundred years,” Samantha Stevenson, a climate modeler at the University of California, Santa Barbara who didn’t work on the research, told the NYT.

The drought has caused particular damage to the Arizona agriculture industry, an August 2021 report from the American Farm Bureau Federation (FB) concluded. Ranchers in the state have been forced to sell much of their livestock due to the conditions.

“We believe in banking grass for the bad years. We like to leave a reserve of grass every year,” Arizona rancher Tina Thompson said, according to the FB. “We keep our herd numbers lower to be able to do this . . . but now we are down to the last blade of grass.”

A 2010 study, published by the National Academy of Sciences, found that the drought was “exceptional for its high temperatures” and was to blame for increased wildfires. But the research concluded that it was unclear whether greenhouse gas emissions or “natural climatic variability” were the cause of the dry weather.