In recent days, Russia has increased its troop presence along the Ukrainian border by roughly 7,000 despite publicly claiming it was pulling back, a senior U.S. administration official said Wednesday.

The official warned that the increase in troop presence indicates Russia was lying when it said Tuesday that some troops would be returning to base after the completion of military drills. The official said some Russian troops had arrived near the border “as recently as today,” and suggested Russian President Vladimir Putin’s claims to want to engage in diplomacy may be a show.

“They received a lot of attention for that [withdrawal] claim both here and around the world, but we now know it was false,” the official said. “In fact, we have now confirmed that in the last several days, Russia has increased its troop presence along the Ukrainian border by as many as 7,000 troops, with some arriving as recently as today.”

“The Russians have also said in recent days that they are prepared to engage in diplomacy as we and our Allies have repeatedly offered.  But every indication we have now is they mean only to publicly offer to talk and make claims about de-escalation while privately mobilizing for war,” the senior administration official continued. 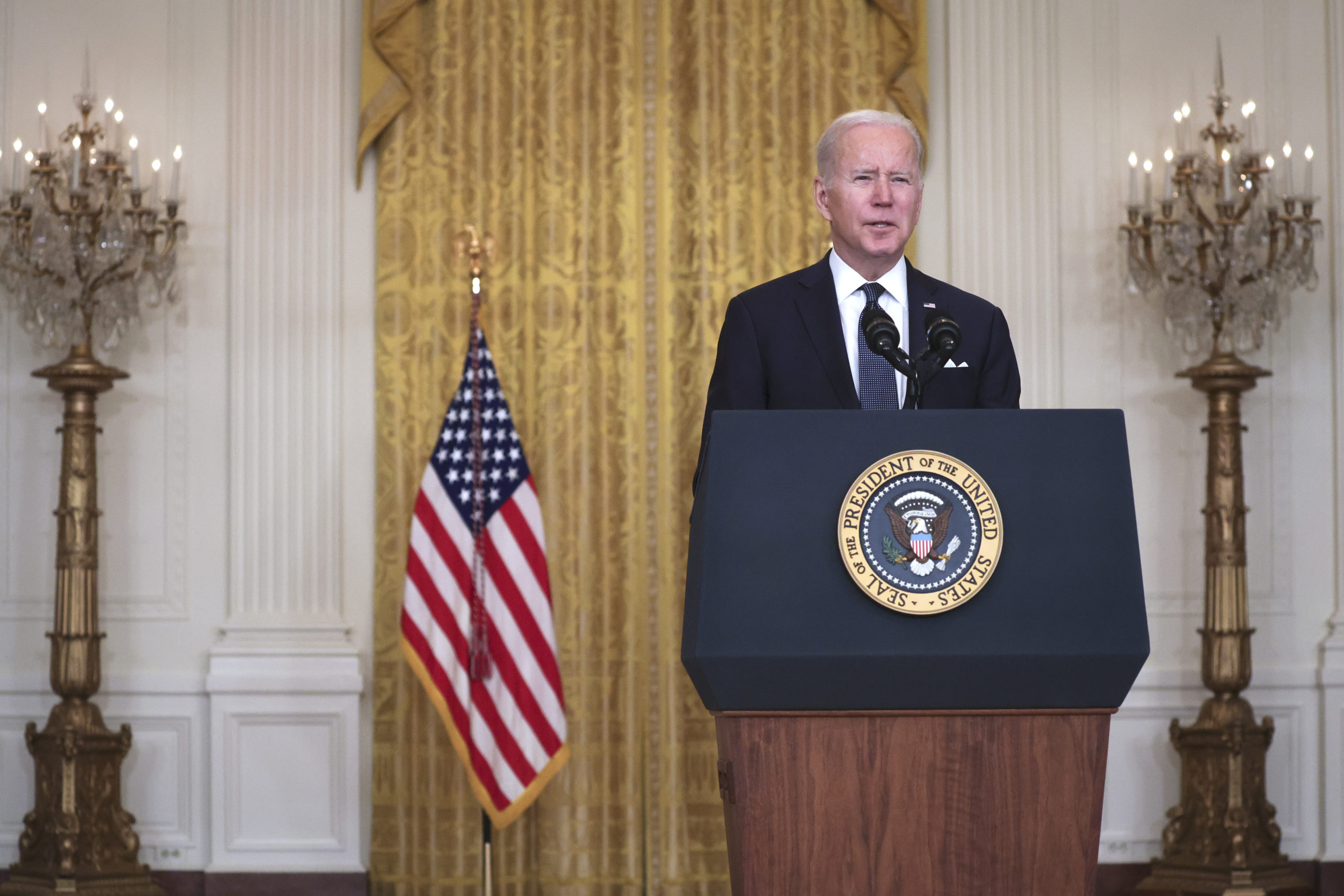 WASHINGTON, DC – FEBRUARY 15: U.S. President Joe Biden delivers remarks on Russia and Ukraine in the East Room of the White House on February 15, 2022 in Washington, DC. President Biden said the United States remains open to high-level diplomacy in close coordination with allies, building on the multiple diplomatic off-ramps the U.S., its allies and partners have offered Russia in recent months. (Photo by Alex Wong/Getty Images)

President Joe Biden offered up a new estimation of the number of Russian forces Tuesday during brief remarks outlining the ongoing Ukraine-Russia tensions. During his remarks, Biden put the estimation at around 150,000 troops.

The U.S. official’s admission of an additional 7,000 troops means the number of Russian forces around Ukraine’s border is now estimated to be over 150,000. (RELATED: Biden Issues Public Warning To Russia While Hanging Onto Hope Of A Diplomatic Solution)

“Our analysts indicate that they remain very much in a threatening position,” Biden said Tuesday as he highlighted that Russian pull-back claims had not been verified.

The senior administration official – despite appearing clear-eyed on Russia’s true intentions regarding its willingness to engage in diplomacy – said the Biden administration “will continue to pursue diplomacy over the coming days while being prepared to respond swiftly and decisively if Russia chooses to launch a new attack on Ukraine.”

“Russia keeps saying it wants to pursue a diplomatic solution: Their actions indicate otherwise,” the official said. “We hope they will change course before starting a war that will bring catastrophic death and destruction.”

The official also warned that Russia “could launch a false pretext at any moment to justify an invasion of Ukraine,” an allegation the Biden administration has floated in recent weeks.

“We don’t know what form the false pretext will take. But we hope the world is ready,” the official warned.