We don’t want antifa and Black Lives Matter activists shutting down cities with riots, and we shouldn’t want truckers blockading roads either. In each case, as the rule of law is upheld, it is incumbent on those in power to also look at the root causes driving the unrest. American authorities seemed inclined to look at those root causes when it came to the race protests and riots. For some reason, Canadian and American authorities seem totally uninterested in what is driving the increasing COVID-19 civil disobedience.

People cannot stay locked down forever; it causes real harm. Pandemic restrictions have been in place for almost two years now. It’s an understatement to say people are over it. Everyone wants to protect the most vulnerable among us, but the damage has been adding up. (RELATED: Data Shows Lockdowns Have Made Americans Significantly Less Healthy)

That damage is not hitting those at the top of our society. They can fly private to their vacation compounds, sit maskless in box seats at the Super Bowl and ride out the storm while making record profits. Regular Americans do not have that option. They’re feeling the pain. That pain is not hypothetical. Depression, suicide and drug overdoses are all skyrocketing. The American Psychological Association says America is in a full blown “mental health crisis.”

What’s just as real but harder to measure is the damage to America’s social contract. Regular Americans have been told to lock down. They have been told that their children can’t go to school or that young, healthy kids must always wear masks. They have been ordered to take the vaccine. As all this is happening, they watch billionaires, celebrities and politicians party maskless at Hollywood award shows or in expensive restaurants. It all adds to the sentiment that the system is not fair.

Among the hardest hit have been America’s schoolkids. It’s going to take years to find out how much damage school closings did to children, but there’s zero doubt the damage is real. Ask any parent who has watched their child sit through Zoom classes. Kids are not paying attention the way they would in a classroom. They are not learning at nearly the same clip they should be. Worse yet, distance learning requires even more screen time. Scientists will be studying the damage to their brains from screen addiction for many years. (RELATED: The Very Real Harm Our COVID-19 Policies Are Doing To Our Kids) 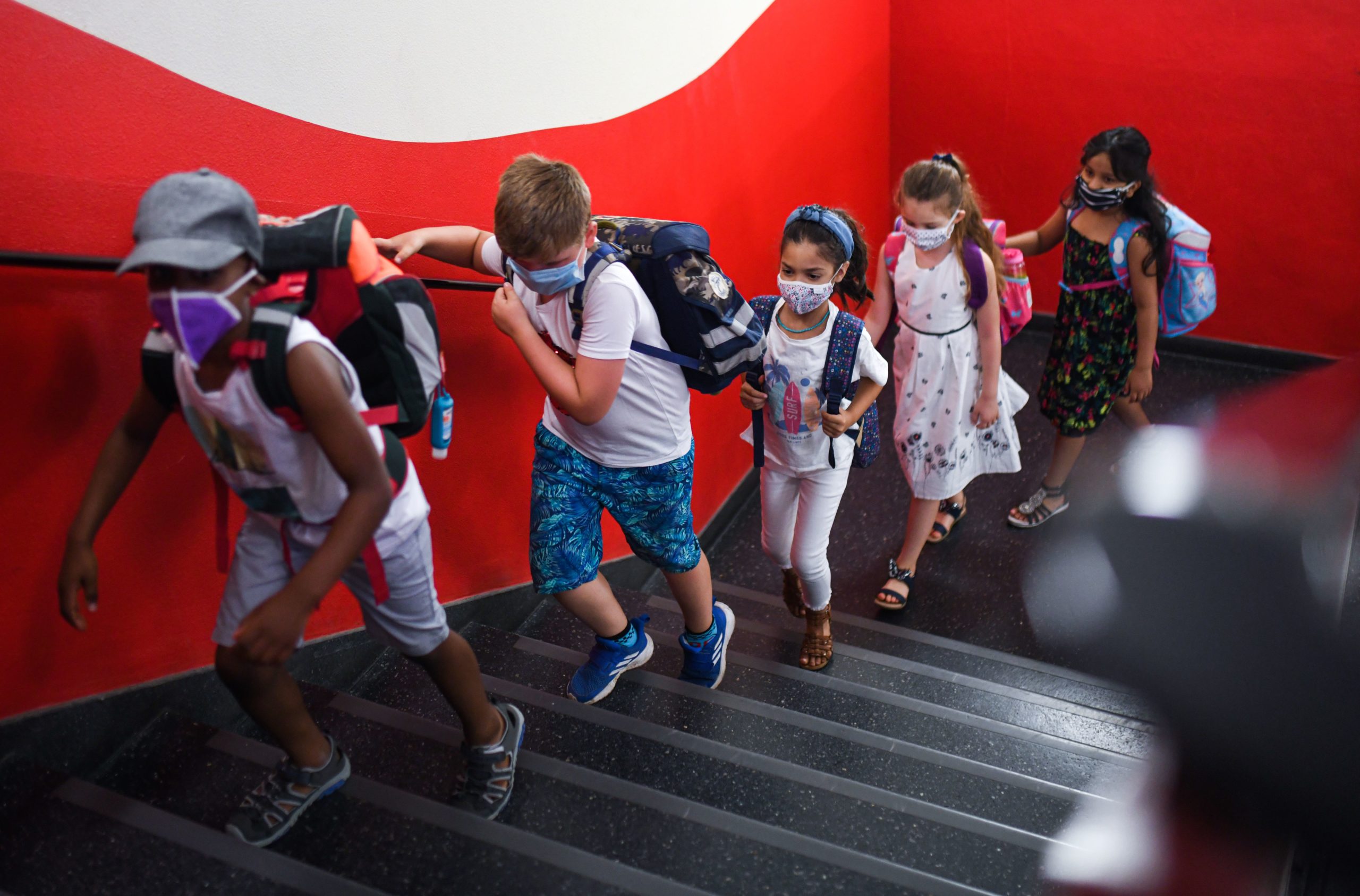 TOPSHOT – Students with face masks go upstairs to their classrooms at the Petri primary school in Dortmund, western Germany, on August 12, 2020, amid the novel coronavirus COVID-19 pandemic. – Schools in the western federal state of North Rhine-Westphalia re-started under strict health guidelines after the summer holidays. (Photo by Ina FASSBENDER / AFP) (Photo by INA FASSBENDER/AFP via Getty Images)

Lockdowns have been a boon to certain huge multinational companies. Many in the ecommerce space, for instance, have seen record profits. The opposite is true for small businesses. They have seen record revenue declines and record bankruptcies. There could be no more destructive dynamic in a country where average people have a growing fear that the system is rigged in favor of the rich and powerful.

This growing distrust of the elites is playing out in our vaccine debate. American health care is completely dominated by huge pharmaceutical and hospital companies. Prices have risen at a multiple of inflation for decades now. Even simple and benign attempts to battle this phenomenon have been neutered by a Washington establishment completely beholden to the health care industry.

This dynamic has resulted in a public that is distrustful of official health care pronouncements. Companies have billions of dollars at stake. When Pfizer says their vaccine is safe for young children or that a booster that will make them billions is now needed, people are not sure about the motivation, and they don’t trust government officials to be above influence from these highly interested actors.

Operation Warp Speed was a historic success. Vaccines were produced at a record pace, and they worked relatively well on the original COVID-19 variant. Things have changed. Omicron is now the dominant variant. Omicron is much milder than the original COVID-19. For young people and healthy people, omicron is often no more dangerous than the common flu. Vaccines have also proven much less effective against transmission of the omicron strain. And the natural immunity conferred on those with omicron is protecting many Americans who have not been vaccinated. Finally, therapeutic treatments for those with COVID-19 have advanced greatly since the earliest days of the virus. All this together is causing many people to question government vaccine mandates.

The general distrust of American institutions and leaders has been exacerbated by health officials’ gamesmanship and dishonesty when discussing COVID-19. Health officials at first condemned the notion that the virus could have originated in a Chinese lab. Those that dared question this conclusion were branded as conspiracy pushers. Private email correspondence among top government scientists now definitively proves the dishonesty of those early pronouncements. (RELATED: ‘Fauci Lied’: NYT Op-Ed Rebukes Fauci For COVID Misinformation) 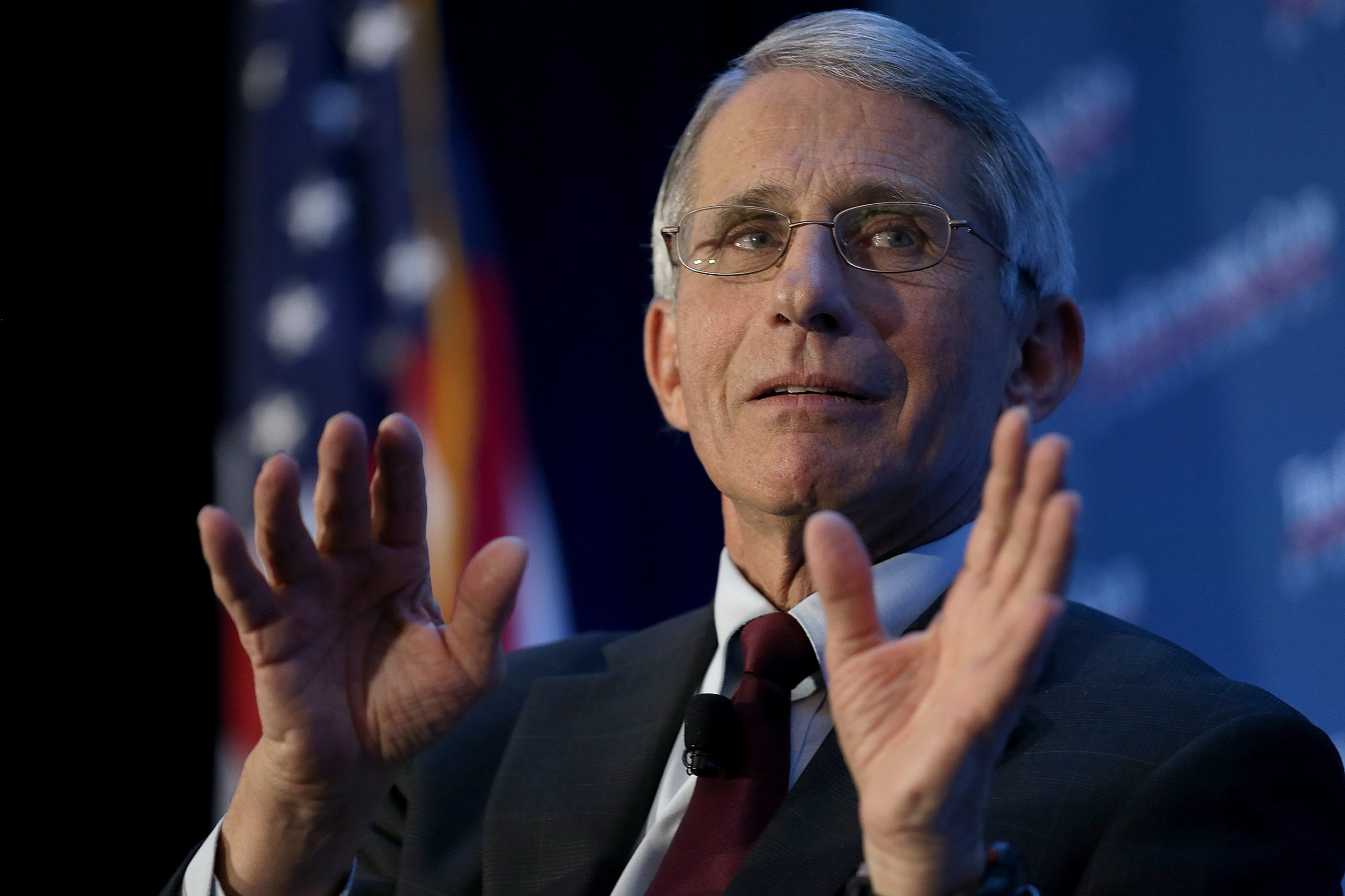 WASHINGTON, DC – JANUARY 29: Dr. Anthony Fauci, director of the National Institute of Allergy and Infectious Diseases, discusses the Zika virus during remarks before the Economic Club of Washington January 29, 2016 in Washington, DC. Fauci said that there is no indication that anyone has been bitten by a mosquito in the United States and acquired the Zika virus. (Photo by Win McNamee/Getty Images)

With a country already distrustful of those in power and a health care leadership seemingly more interested in messaging gamesmanship than straight talk about COVID-19, it should not be surprising that people do not believe anything anymore. There are two choices when faced with this dynamic. The growing civil unrest and the polling data prove definitively that the first choice — using the power of government to force changed behavior — has not worked. It will not work. There is now no choice but to move to option two — the option that should have come first. Be straight with the American people, and trust them to do what’s right. That won’t be perfect either, but it will be a hell of a lot more successful than the mess we are in today.