U.S. Ambassador to the United Nations Linda Thomas-Greenfield warned reporters Thursday that evidence indicates “Russia is moving toward an imminent invasion” of Ukraine.

Thomas-Greenfield noted that she asked Secretary of State Antony Blinken to speak to the United Nations Security Council on Thursday ahead of his trip to the Munich Security Conference. Blinken, in a last-minute addition to his schedule, is now heading to New York to deliver remarks to the the international forum “on Russia’s threat to peace and security,” the State Department announced.

“Our goal is to convey the gravity of the situation. The evidence on the ground is that Russia is moving toward an imminent invasion. This is a crucial moment,” Thomas-Greenfield said.

“That’s why Secretary Blinken is coming to New York to signal our intense commitment to diplomacy to offer and emphasize the path toward de-escalation. And to make it clear to the world that we are doing everything, everything we can to prevent a war,” she added. (RELATED: Biden, Putin Touch On Number Of Topics, Declare Meeting ‘Constructive’ Despite Wide Range Of Issues Remaining) 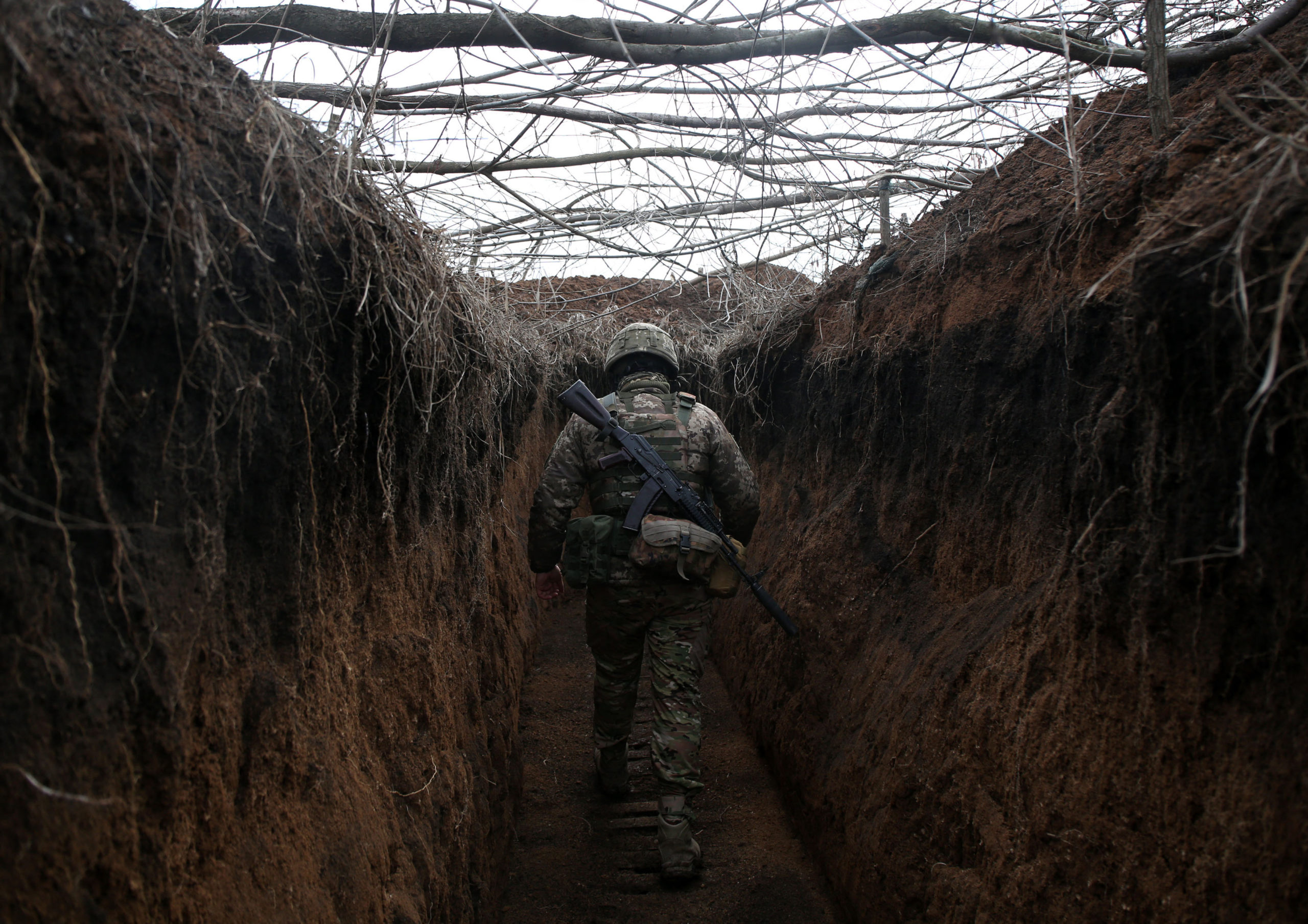 TOPSHOT – A serviceman of Ukrainian Military Forces walks along trench on his position on the front line with Russia backed separatists not far Novolugansk, Donetsk region on February 16, 2022. (Photo by Anatolii STEPANOV / AFP) (Photo by ANATOLII STEPANOV/AFP via Getty Images)

Thomas-Greenfield’s assessment of Russia-Ukraine tensions is particularly notable as it marks a shift in her view of the situation. She told NPR in early February that she did not believe an invasion was imminent – a word that Biden administration officials have used to characterize the likelihood of a Russian invasion.

“No, I would not say that we are arguing that it’s imminent, because we are still pursuing a diplomatic solution to give the Russians an off ramp,” Thomas-Greenfield said during the interview. “Our hope is that this will work, and that [Russian President Vladimir Putin] will understand that war and confrontation is not the path that he wants to follow, but he wants to take a path of diplomacy. We’re giving them an opportunity to discuss their security concerns, Europe’s security concerns, and certainly Ukraine’s security concerns. So, we’ll keep working on that.”

Thomas-Greenfield’s latest assessment follows reports from the U.S. that Russia is increasing forces on the ground in recent days. One senior U.S. administration official told reporters on Wednesday that Russia’s claim that some troops would be returning to base after the completion of military drills was “false.”

“In fact, we have now confirmed that in the last several days, Russia has increased its troop presence along the Ukrainian border by as many as 7,000 troops, with some arriving as recently as today,” the official said.

“The Russians have also said in recent days that they are prepared to engage in diplomacy as we and our Allies have repeatedly offered.  But every indication we have now is they mean only to publicly offer to talk and make claims about de-escalation while privately mobilizing for war,” the senior administration official continued.