Pro-Russian separatists in eastern Ukraine ordered women, children and elderly civilians to evacuate to Russia on Friday, claiming the Ukrainian government was preparing to launch a military assault, Axios reported.

Pushilin claimed to have seen the number of Ukrainian military personnel and weapons along the border with Russia increase, and Pasechnik asked able-bodied men to take up arms, Axios reported. (RELATED: Harris Threatens ‘Severe Consequences’ If Russia’s ‘Aggressive Action’ Continues)

Ukraine categorically refuted the allegations, Axios reported. U.S. officials have previously warned that Russia planned a false flag operation to serve as a pretext for an invasion, with Secretary of State Antony Blinken telling the United Nations on Thursday an attack would likely begin with a manufactured event or accusation. 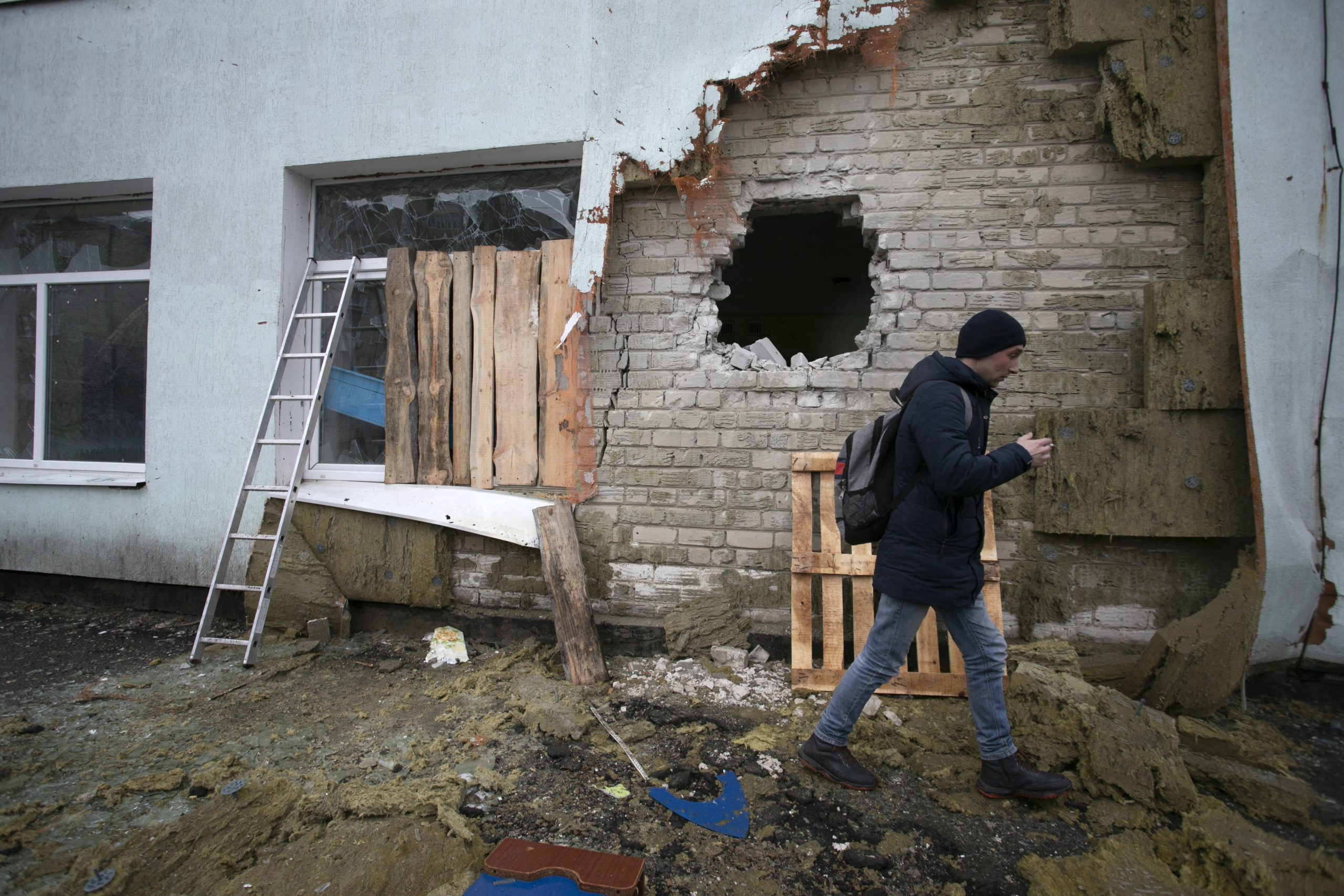 A local resident of the Ukrainian-controlled village of Stanytsia Luhanska, Luhansk region, walks among debris after the shelling by Russia-Backed separatists on February 18, 2022. (Photo by ALEKSEY FILIPPOV/AFP via Getty Images)

“Russia may describe this event as ethnic cleansing or a genocide, making a mockery of a concept that we in this chamber do not take lightly, nor do I take lightly, based on my family history,” Blinken said, Axios reported. “The government will issue proclamations declaring that Russia must respond to defend Russian citizens or ethnic Russians in Ukraine.”

Both Ukraine and separatist forces accused each other of bearing responsibility for the shelling of a kindergarten in eastern Ukraine on Thursday. The amount of shelling in the region in recent days amounted to the most breaches reported in the long-running conflict, a top Ukrainian government official told Reuters.