The Kremlin announced Monday Russian President Vladimir Putin will recognize two territories in eastern Ukraine that are under the control of Russian-backed separatists as independent, The New York Times reported.

Putin told President Emmanuel Macron of France and Chancellor Olaf Scholz of Germany of his decision in phone calls on Monday, the NYT reported.

“The president of Russia said that he intended to sign the relevant decree in the near future,” the Kremlin said, the NYT reported. “The president of France and the Federal Chancellor of Germany expressed their disappointment with this development. At the same time, they indicated their readiness to continue contacts.”

The separatists claim Ukraine’s eastern Donetsk and Luhansk regions as their own, but only control about a third of them, the NYT reported. 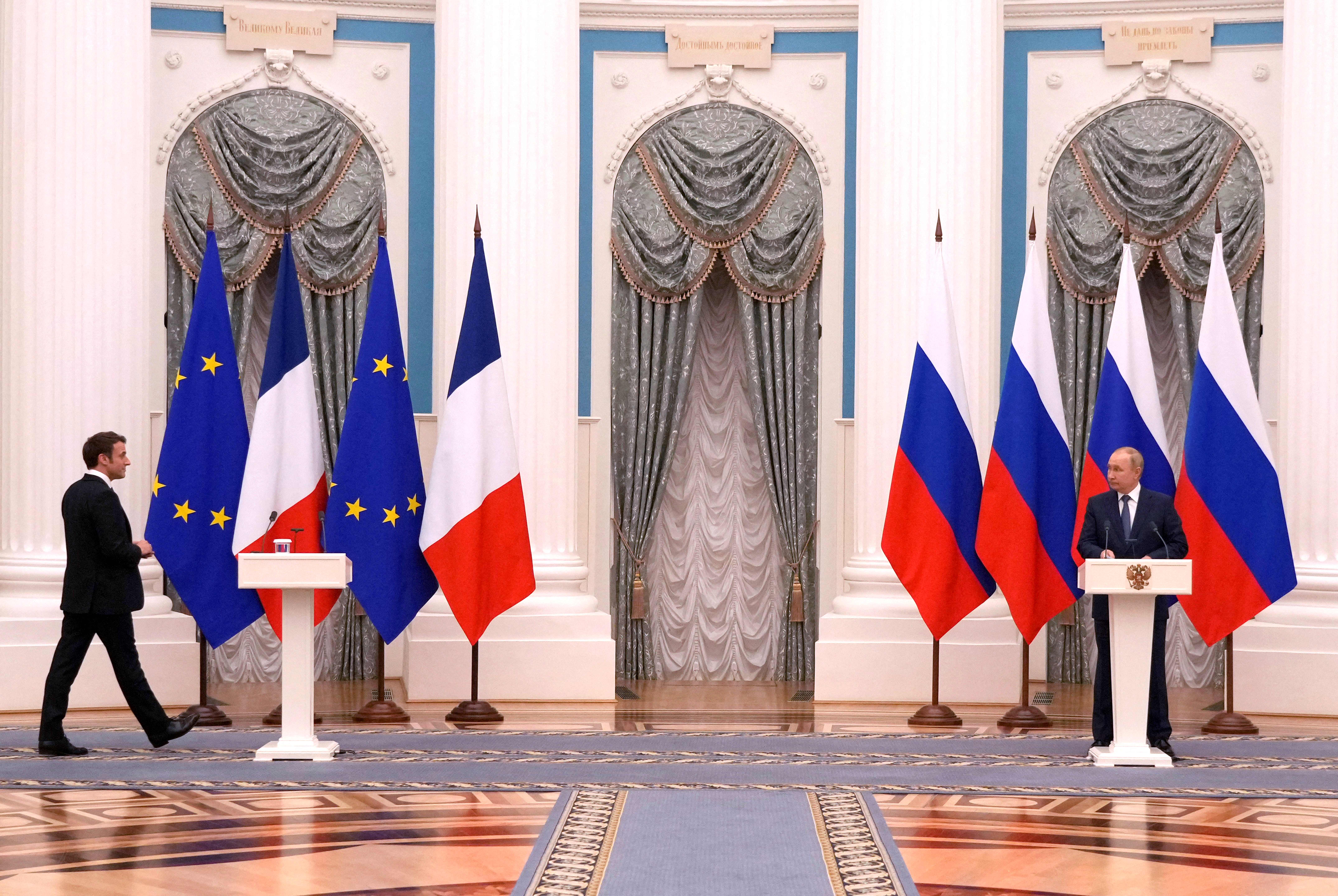 Putin attended a session of the Russian Security Council earlier on Monday, where he accused the U.S. and its allies of using Ukraine “as an instrument of confrontation,” the NYT reported. He said the matter was “a serious, very big threat to us.”

Russia has amassed tens of thousands of troops along the Ukrainian border. While it denies it plans to invade, the Kremlin has demanded NATO rescind its promise to admit Ukraine into the organization, which it has flatly refused to do.

The Ukrainian government accused Russia on Friday of rigging explosives in eastern Ukraine in an attempt to manufacture a false-flag terrorist attack as a pretext to invade. (RELATED: Ukraine Accuses Russian-Backed Forces Of Shelling A Kindergarten)

Macron announced on Sunday he had gotten both Putin and President Joe Biden to agree to “the principle” of a summit in an attempt to de-escalate the conflict, but officials from both countries cast doubt on whether a meeting will actually take place.