Russia’s foreign ministry announced on Tuesday it would evacuate its diplomatic staff from its embassy in Ukraine after Russian President Vladimir Putin deployed troops into separatist-controlled breakaway regions, The Independent reported.

“Our first priority is to take care of Russian diplomats and employees of the Embassy and Consulates General,” the ministry said in a statement, The Independent reported. “To protect their lives and safety, the Russian leadership decided to evacuate staff of Russian missions in Ukraine, which will be implemented in the very near future.”

The statement claimed the embassy had been “subjected to repeated attacks” by Ukrainians since 2014, when Russia annexed Crimea, Axios reported. The statement was released shortly after Russia’s Federation Council approved Putin’s request to deploy troops abroad, CNN reported. 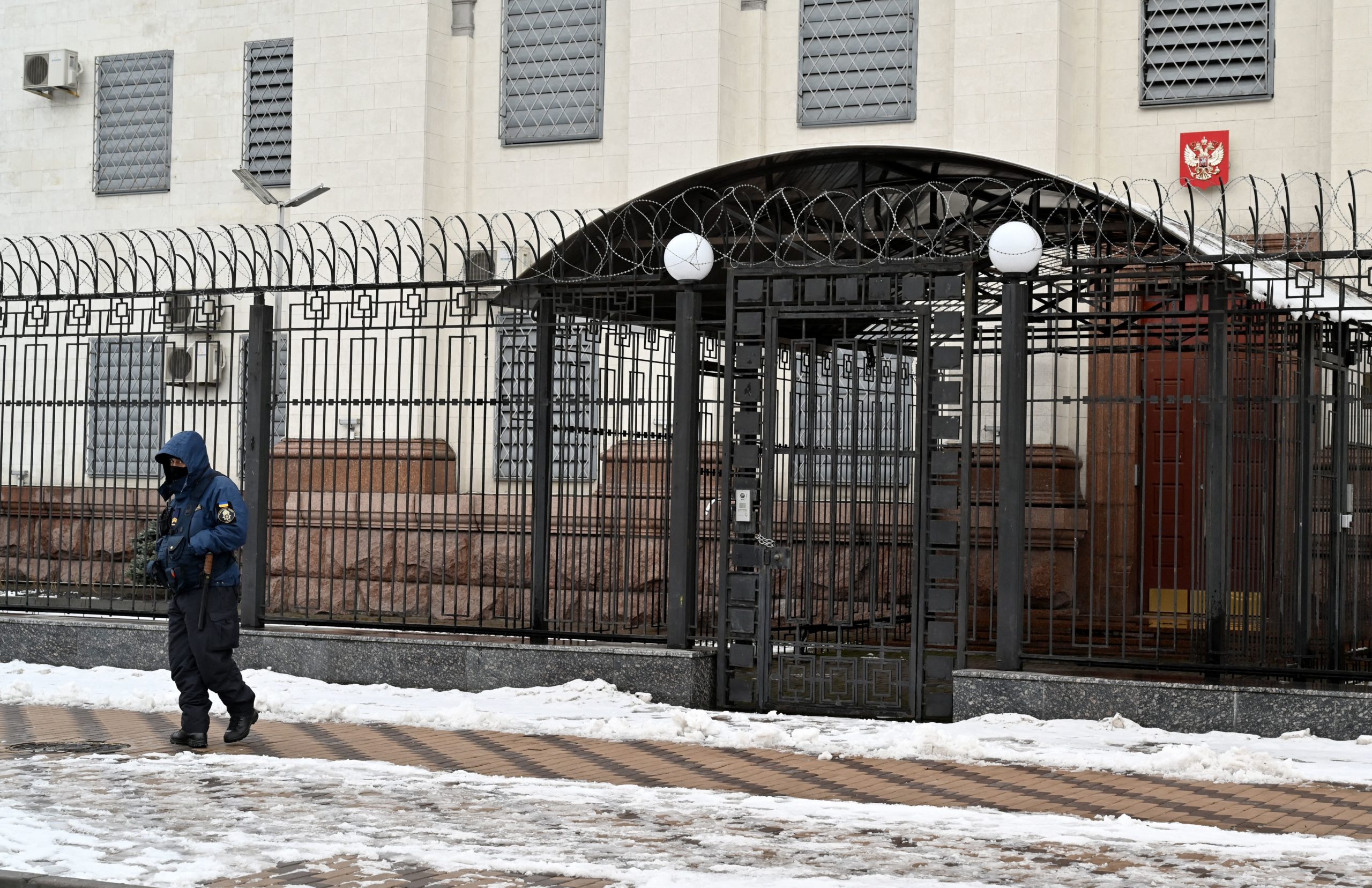 A security officer stays in guard at Russian embassy in Kyiv on February 12, 2022. (Photo by SERGEI SUPINSKY/AFP via Getty Images)

Putin deployed troops to the regions on the pretext of carrying out so-called “peacekeeping functions,” though it is unclear whether they will go beyond separatist-controlled territory, The New York Times reported.

Russia has amassed tens of thousands of troops along the Ukrainian border, demanding NATO rescind its promise to admit its neighbor in the organization. NATO has flatly rejected that demand and diplomatic efforts have failed to de-escalate the situation. (RELATED: Republicans, Democrats Demand ‘Crippling’ Sanctions After Russia Sends Troops Into Eastern Ukraine)

“Every indication is that Russia is continuing to plan for a full-scale attack,” NATO Secretary-General Jens Stoltenberg said Tuesday, Axios reported.

“An invasion is an invasion, and that is what is underway,” Deputy National Security Adviser Jon Finer told CNN.