Missouri Republican Rep. Vicky Hartzler scored another major endorsement in her bid to succeed Sen. Roy Blunt as polls show that the race’s frontrunner could be a risky general election candidate.

The Susan B. Anthony List endorsed Hartzler Tuesday, calling her an “unwavering pro-life champion” who is “Planned Parenthood’s worst nightmare.” It comes just days after Republican Sen. Josh Hawley also endorsed her over the rest of the crowded GOP field.

The open race is one of the most high-profile primaries this election cycle. Other Republican candidates include Missouri Attorney General Eric Schmitt, Rep. Billy Long, attorney Mark McCloskey and former Gov. Eric Greitens, a one-time Democrat who resigned his post in 2018 after facing an allegation of sexual assault and being charged with felony invasion of privacy, though he was never convicted.

Hawley, who was attorney general at the time, led the investigation into Greitens, who then turned over his findings to a prosecutor in the state. All charges were dropped as part of a deal that led to Greitens resigning his post, though a report released after the sexual assault allegation found his accuser to be credible. (RELATED: Hawley Endorses Hartzler, And Another Candidate Is Pissed)

Despite Greitens’ resignation, he has led in the GOP primary since announcing his candidacy last year. But several polls show that he would hold just a slim lead in a general election in a state that has trended sharply red in recent years. 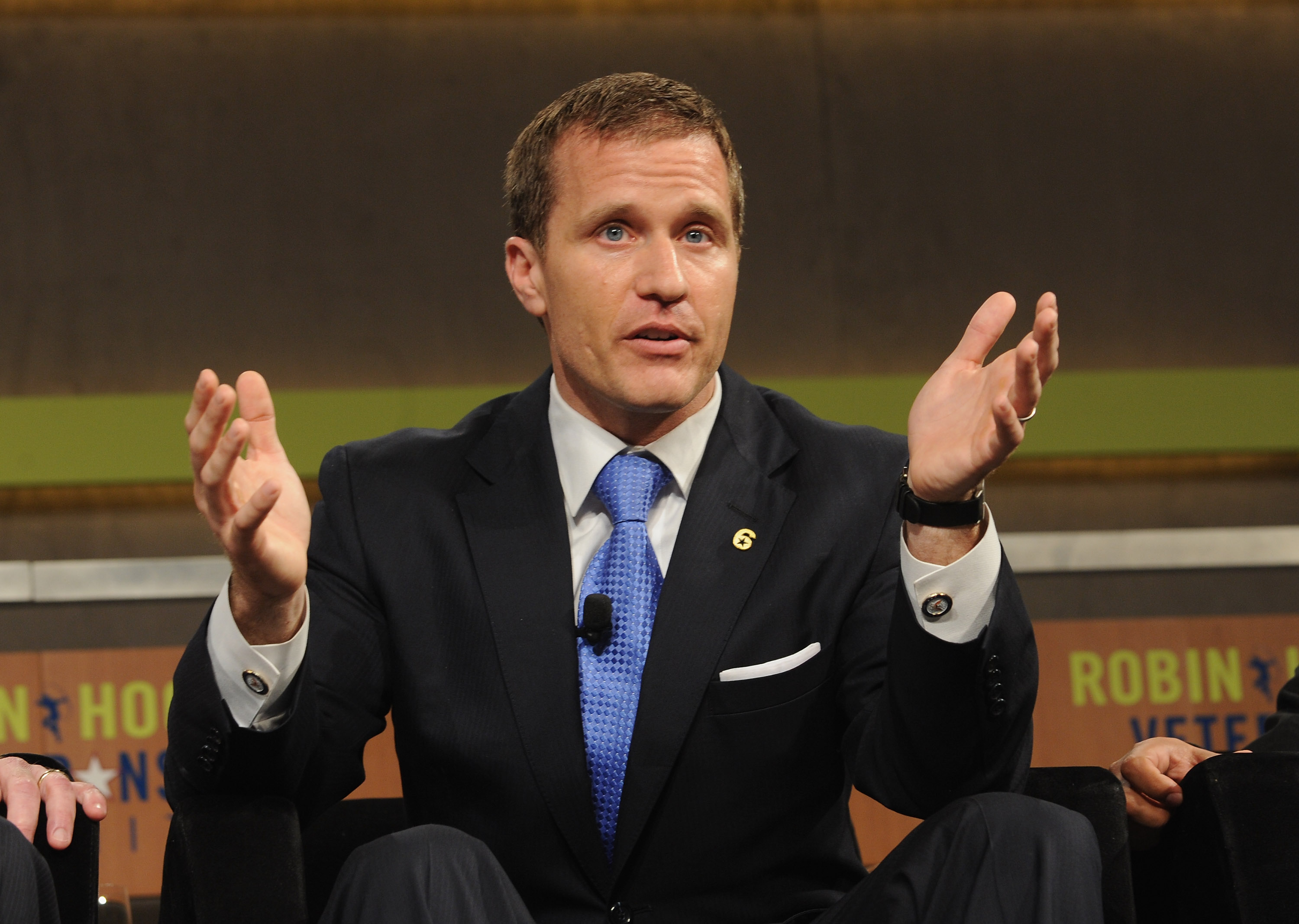 One poll first reported by Politico found that Greitens would lead 42.2% to 38.3% against Lucas Kunce, one of the Democrats vying for the spot, with 19.5% undecided.

“I thought it might be good for me to be involved in this race. The field seemed to be fracturing and splintering,” Hawley told the outlet. “We’ve seen this happen in Missouri races. I just think it’s so important we hold this seat.

Another poll reported by The Kansas City Star found that a center-right independent candidate would secure 28% of the vote in a general election, potentially syphoning off votes from the Republican nominee and benefitting whomever wins the Democratic nomination.

“An independent is not going to be elected Missouri,” said John Harris, a Republican strategist in the state. “All it would really do is aid a potential candidacy of Democrats.”