The Republicans, who have urged the Biden administration to reverse course and reimpose former President Donald Trump’s sanctions on Nord Stream 2, both applauded the action Wednesday and asked for additional measures to be taken. President Joe Biden announced earlier Wednesday that the U.S. would target the direct Russia-to-Germany pipeline’s operator due to Russia’s invasion of separatist Ukrainian territories.

“Today’s announcement should be followed by additional steps inside the Biden administration and in Congress to permanently lock in sanctions,” Republican Texas Sen. Ted Cruz said in a statement. “Putin believes that Nord Stream 2’s activation is a fait accompli now that it has been physically completed, and that any barriers or sanctions are only temporary.”

“His aggression toward Ukraine is based on that assessment, and the only way to change his decision calculus is to convince him Nord Stream 2 will never come online,” he added. (RELATED: ‘We Must Reassess’: Germany Halts Nord Stream 2 Pipeline Certification Amid Ukraine Invasion)

Cruz sponsored the Protecting Europe’s Energy Security Implementation Act, legislation which sought to reimpose sanctions on Nord Stream 2 AG, the Swiss subsidiary of Russian state-run firm Gazprom. The State Department waived sanctions on the $11 billion pipeline that had been imposed by Trump in May, Biden green lit the project in July and construction of the pipeline was completed in September.

But the White House aggressively lobbied against Cruz’s bill, saying it would “undermine unity” among U.S. allies. In January, Senate Democrats defeated the bill in a floor vote. 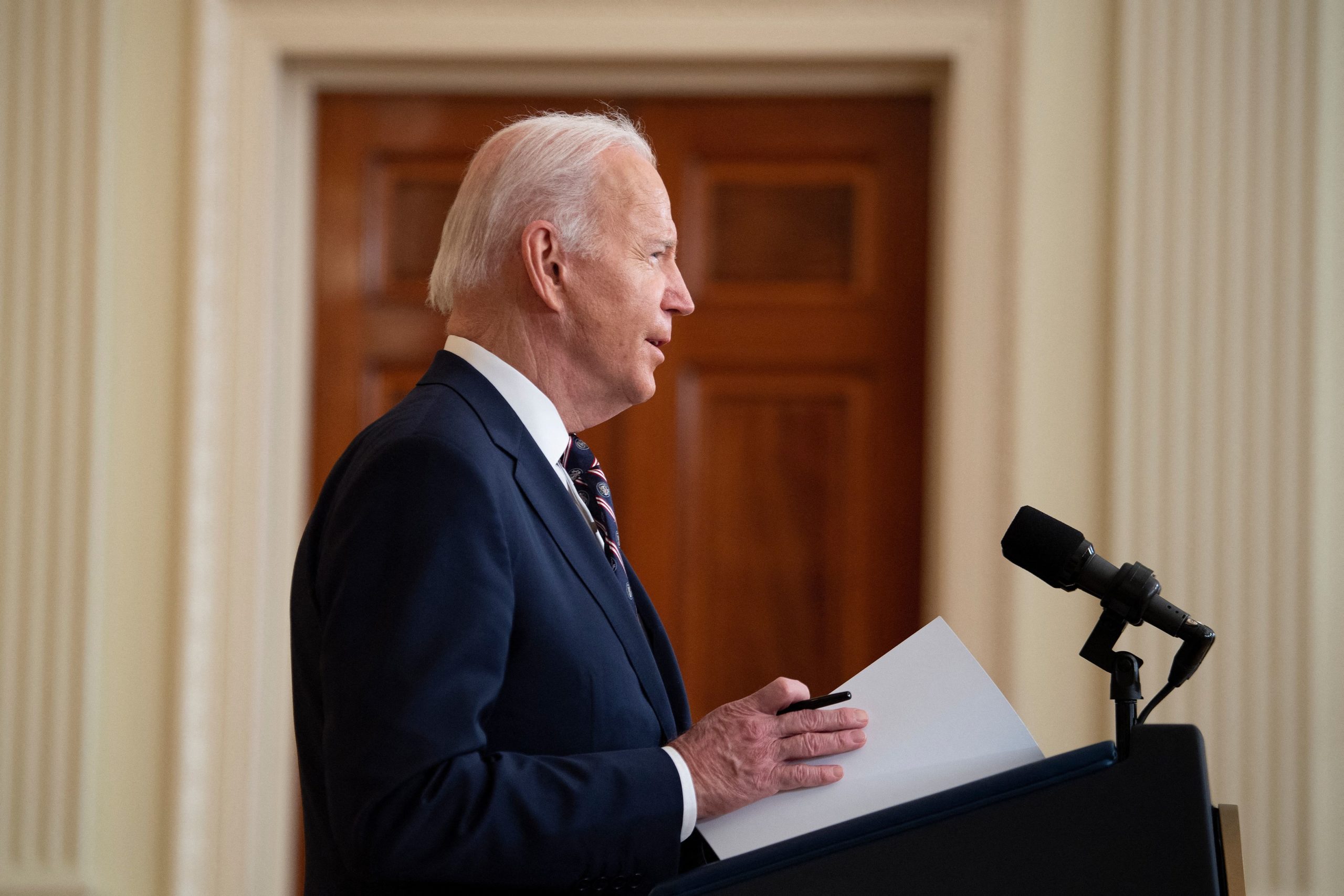 President Joe Biden outlines the first round of sanctions his administration would impose in response to Russia’s invasion of Ukraine at the White House on Tuesday. (Brendan Smialowski/AFP via Getty Images)

“Today’s actions on Nord Stream 2 are long overdue, but I cannot overstate how critical they are to showing Putin that violating a nation’s sovereignty has consequences,” Senate Foreign Relations Committee Ranking Member Jim Risch, a co-sponsor of Cruz’s bill, told the Daily Caller News Foundation in a statement Wednesday. “I have worked with my colleagues on a bipartisan basis for years toward this result, and it is good to see President Biden do the right thing.”

“The next step is to work with Germany to ensure this geopolitical threat remains dead, never to be resurrected,” he added.

Other Republican leaders, though, criticized the White House for delaying the action for months, arguing it was too late to deter Russian aggression. Senior U.S. officials reportedly warned their Ukrainian counterparts that further Russian invasion was imminent on Wednesday.

“I’m glad the Biden administration is finally following the law and imposing sanctions on the Nord Stream 2 pipeline, but this decision is too little too late,” Banking Committee Ranking Member Pat Toomey said in a statement. “With Russian troops already invading Ukraine and preparing for a much larger assault, these sanctions are unlikely to have a deterrent effect.”

“Only bold steps can deter Putin from further escalating this war, which is why it’s imperative that the U.S. imposes crippling sanctions on Russia’s financial sector to make them feel the impact of this invasion,” Toomey added. “Lives are in the balance, and the U.S. must act quickly.”

In July, Toomey and his fellow Banking Committee Republicans wrote to Treasury Secretary Janet Yellen, informing her that they would oppose pending Treasury nominees until the administration reimposed sanctions on the pipeline.