“At about 4 pm, another mass DDoS attack on our state began,” said Mykhailo Fedorov, minister of Digital Transformation, Reuters reported. He noted the Ukrainian parliament was also hit but did not specify whether any banks were affected, including the country’s central bank.

Ukraine has been struck by a string of cyberattacks amid its conflict with Russia, which deployed troops into eastern Ukrainian territories after declaring separatist-controlled breakaway regions independent. The Ukrainian government has blamed Russia for the attacks, but Moscow has denied any involvement, Reuters reported.

“The spread of outages is similar but distinct from the recent DDOS attack targeting defence and banking platforms, with the latter not impacted in this instance,” he said. 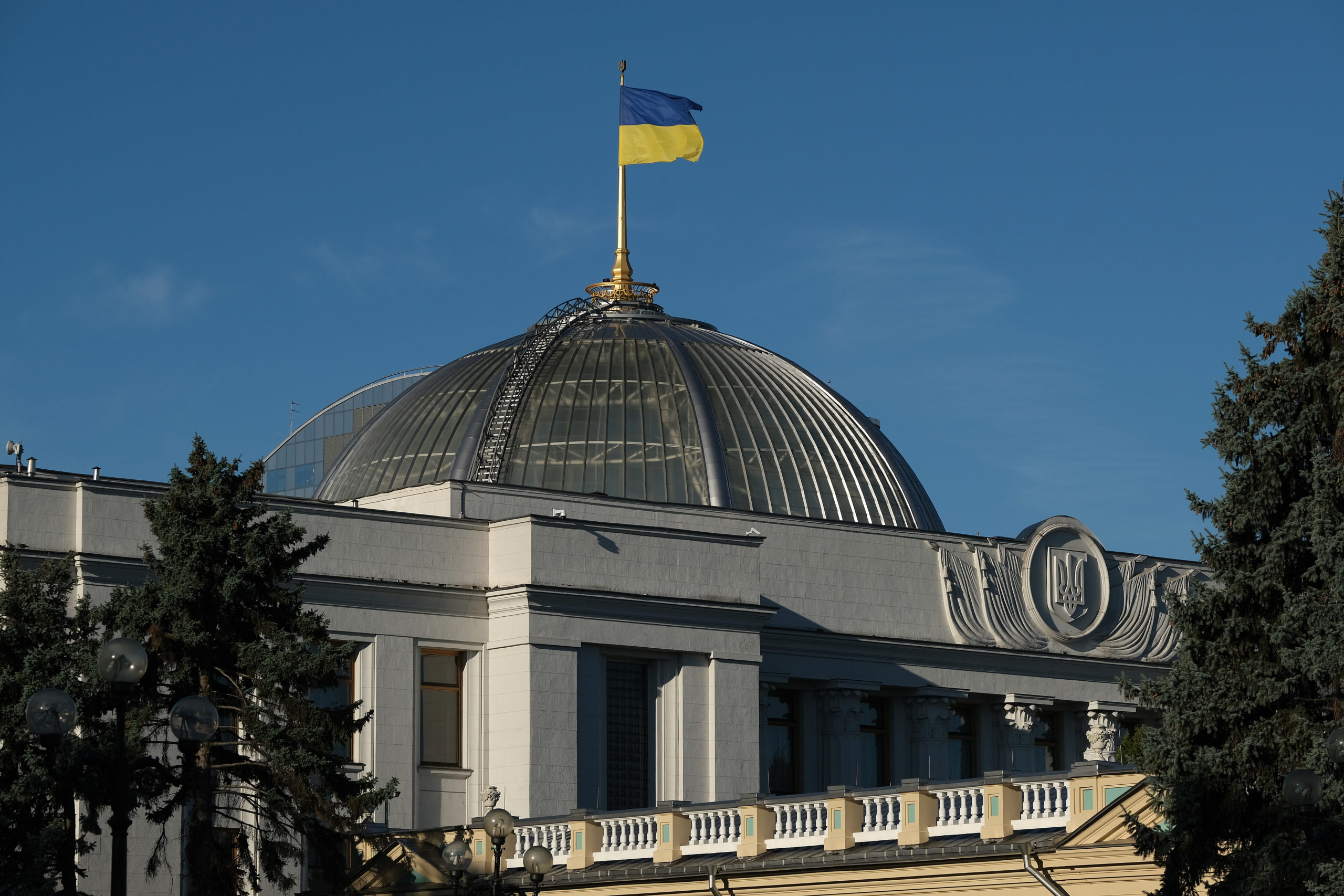 The Ukrainian flag flies over the Verchovna Rada, the Ukrainian Parliament, on October 02, 2019 in Kiev, Ukraine. (Photo by Sean Gallup/Getty Images)

Russia’s foreign ministry announced on Tuesday it would evacuate its staff from its embassy in the Ukrainian capital, claiming it had been “subjected to repeated attacks” since 2014, when Moscow annexed Crimea.

Ukraine announced a state of emergency for 30-days on Wednesday, while its parliament voted to approve a draft law allowing its citizens to carry firearms and defend themselves.

“The adoption of this law is fully in the interests of the state and society,” the draft law’s authors said in a note, according to Reuters.

Ukrainian President Volodymyr Zelensky continued to say on Tuesday he believed “there will be no war” with Russia, but said Ukraine would put itself “on a war footing” if Russia escalated. He has decided against evacuating himself and his family out of the capital amid concerns of a brutal assault on the city.