Russian military forces bombed a civilian apartment complex near the Ukrainian city of Kharkiv on Thursday as Russian President Vladimir Putin ordered a full-scale invasion of the country.

Russian forces targeted a Ukrainian military airport outside Kharkiv, but some rockets involved in an air strike hit civilian housing. Pictures circulating online appear to show a man grieving over another person that was killed in the attack, as well as several bloodied women fleeing the apartment complex with the assistance of Ukrainian authorities. (RELATED: War Begins As Russia Engages In Full-Scale Invasion Of Ukraine) 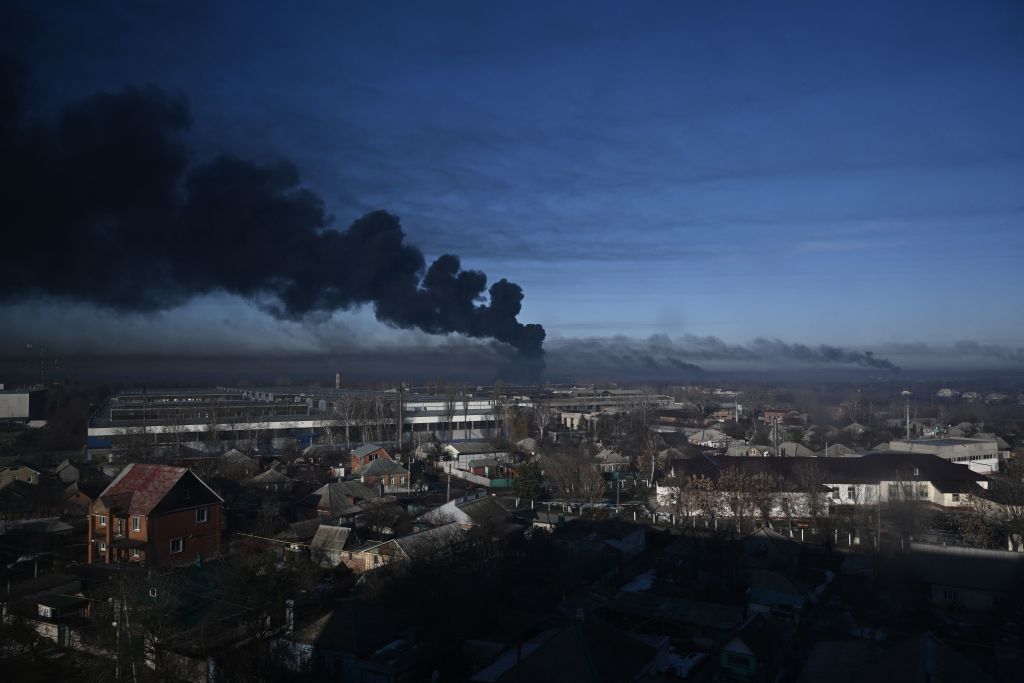 TOPSHOT – Black smoke rises from a military airport in Chuguyev near Kharkiv on February 24, 2022. – Russian President Vladimir Putin announced a military operation in Ukraine today with explosions heard soon after across the country and its foreign minister warning a “full-scale invasion” was underway. (Photo by ARIS MESSINIS/AFP via Getty Images)

Russia has invaded Ukraine. They bombed a civilian apartment complex in Chuhuiv, near Kharkiv. pic.twitter.com/sFcr52X0Cj

Russia’s invasion has so far killed at least 10 civilians, according to the Agence France-Presse, though the invasion is still ongoing and no official count has been released. 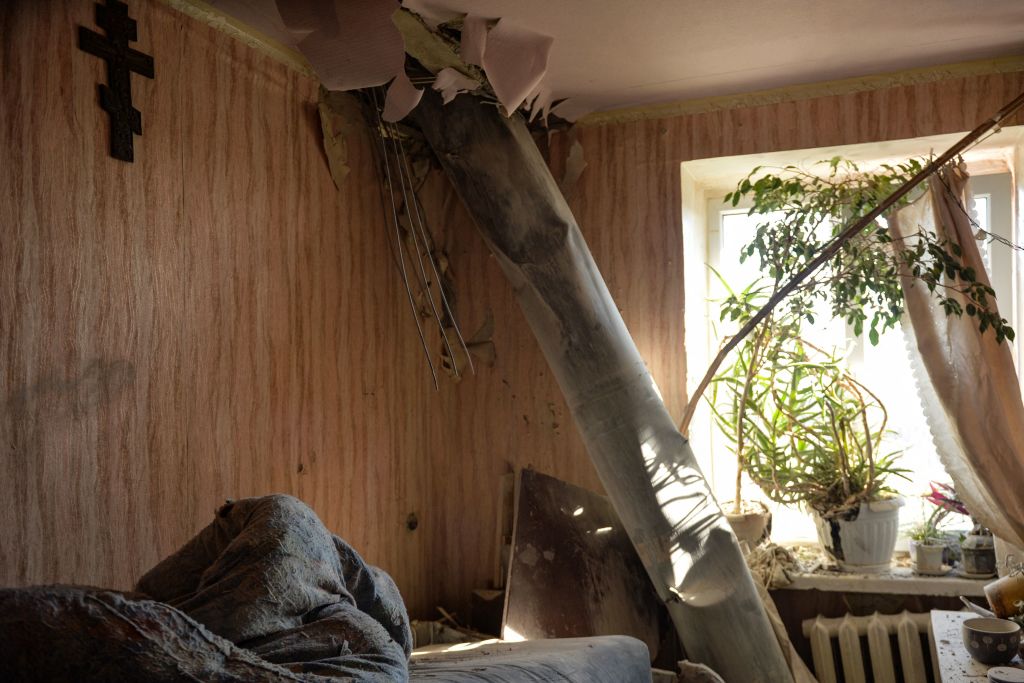 The body of a rocket stuck in a flat after recent shelling on the northern outskirts of Kharkiv on February 24, 2022. – Russian President Vladimir Putin launched a full-scale invasion of Ukraine on Thursday, forcing residents to flee for their lives and leaving at least 40 Ukrainian soldiers and 10 civilians dead. (Photo by SERGEY BOBOK/AFP via Getty Images)

The apartment complex was not the only area where Russian forces endangered civilians. Another video out of Ukraine shows a family fleeing to their basement as a Russian aircraft fires missiles at a target that appears to be directly behind their home.

Video shows missiles hitting the house, a baby crying, the family running to the basement pic.twitter.com/rfqgWErc4P

Russian forces reportedly seized the Chernobyl nuclear power plant late Thursday, a key installation on the path to the Ukrainian capital of Kyiv.