A group of 10 bicameral Democrats urged President Joe Biden to tap further into the Strategic Petroleum Reserve (SPR) amid the ongoing crisis in Ukraine.

“As Russia’s invasion of Ukraine continues to cause volatility in the global oil market, we are writing to urge you to consider using all of the tools at your disposal to insulate Americans from rising gasoline prices,” the letter, sent to the White House on Thursday, stated.

“This includes an additional release from the Strategic Petroleum Reserve, the use of diplomatic pressure to encourage global oil producers to ramp up their output, and restrictions on petroleum exports unless they will advance our national security goals and lower prices for consumers,” the Democrats said. (RELATED: White House Confirms Russian Sanctions Don’t Yet Affect Oil, Gas Exports)

While the lawmakers asked Biden to use all of the tools at his disposal, they refrained from explicitly calling for greater domestic energy production. Instead, they said the administration should work with foreign producers to boost their production and cut ties with Russia in determining output. 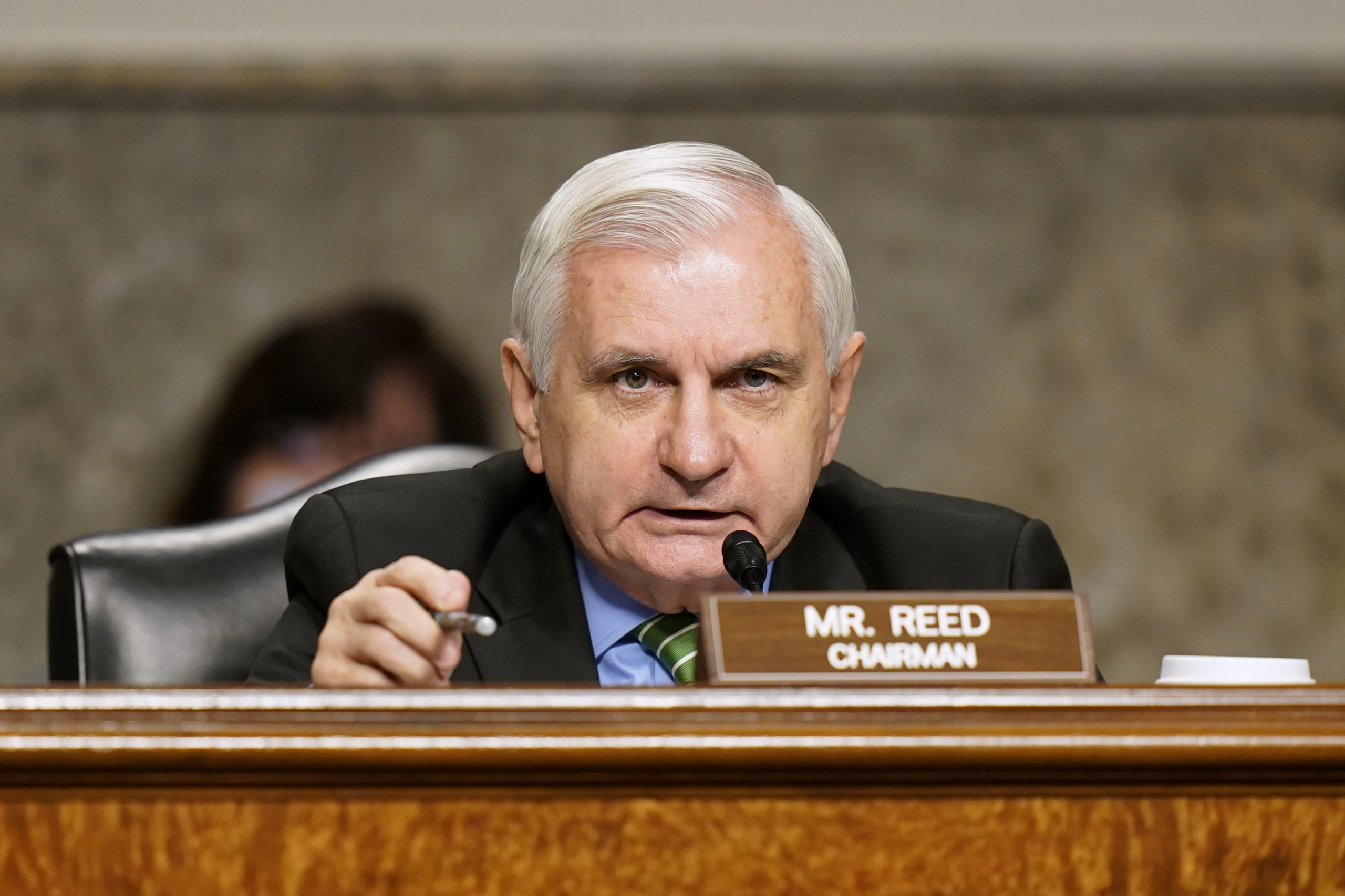 “At a time when American consumers are suffering because of Russia’s actions, we should insist that our international partners do more to increase production and stabilize prices,” Reed and his fellow Democrats wrote.

Biden suggested that his administration may release more oil from the SPR during remarks Thursday announcing another round of economic sanctions targeting Russia. He said the U.S. would release additional barrels of oil “as conditions warrant” but stopped short of providing details.

In light of the invasion, major fossil fuel industry groups demanded the Biden administration reverse course on its energy policy and focus on boosting oil and gas drilling at home. Russia provided more oil to the U.S. than any other country except Canada and was Europe’s main supplier in 2021.

Biden previously ordered the Energy Department to release 50 million barrels of oil from the SPR in November 2021 as gas prices surged. After briefly dipping, gas prices have climbed higher in the months since the release.