Italy allegedly managed to secure a carve-out of one of its biggest industries in the sanctions the European Union levied on Russia, The Telegraph reported Friday.

Barnes also noted that Belgium’s diamond industry was excluded. Several European countries have been under fire for their resistance to kicking Russia out SWIFT, a major international payment system, which could cripple the nation’s banks and ability to trade abroad. 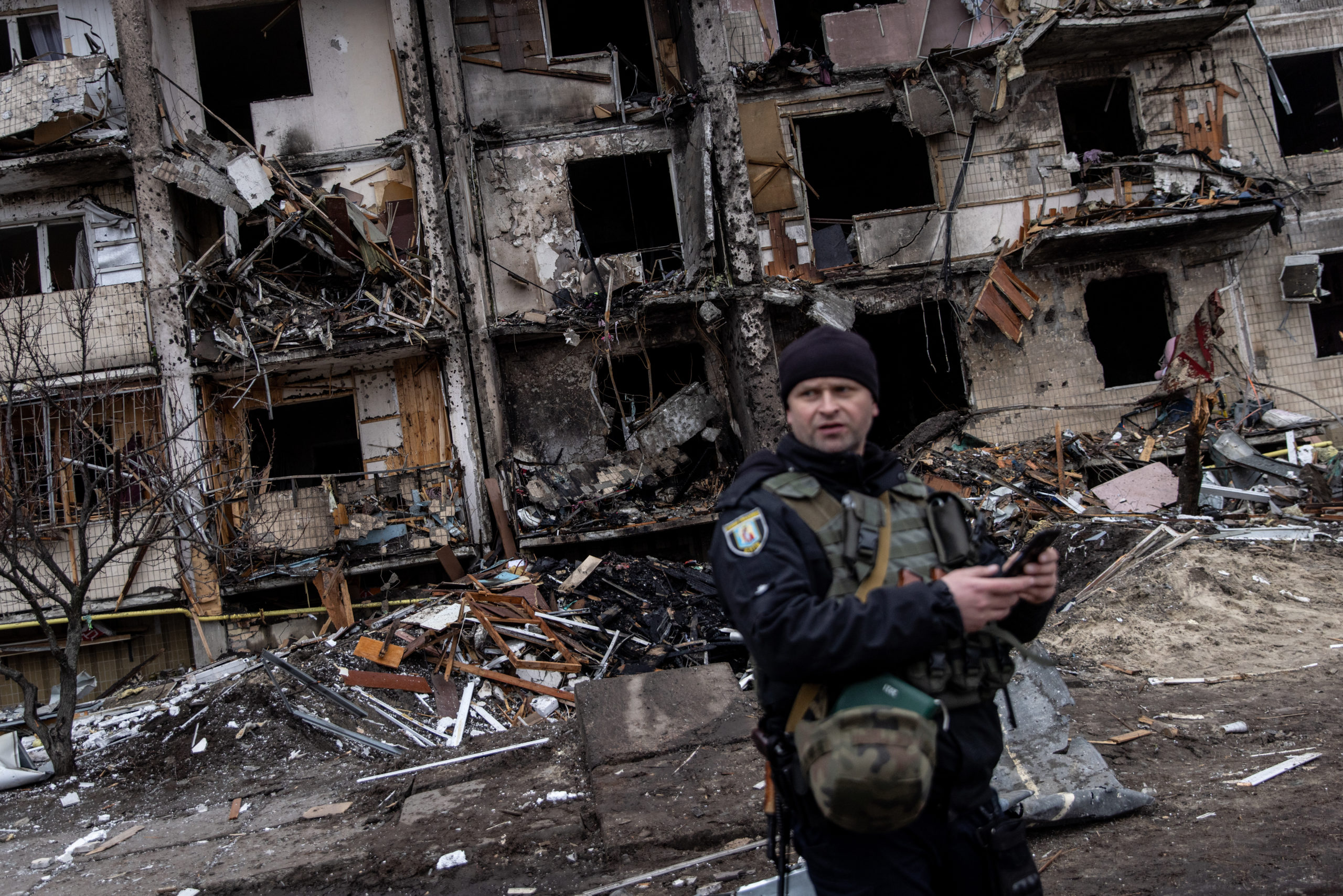 A Ukrainian police officer stands in front of a damaged residential block hit by an early morning missile strike on February 25, 2022 in Kyiv, Ukraine. (Photo by Chris McGrath/Getty Images)

German Chancellor Olaf Scholz warned on Thursday that his country would not support such a move and neither would the EU, officials close to sanctions negotiations told The Financial Times. Spokesperson Steffen Hebestreit told Reuters that Italy and France also had reservations about the move.

President Joe Biden said the reason Russia had not been kicked out of SWIFT was due to opposition from some European countries on Thursday.

Dmytro Kuleba, Ukraine’s minister of foreign affairs, tweeted on Friday that Italy had agreed to support Russia’s removal from SWIFT. Germany’s Finance Minister Christian Lindner said on Friday it was “open” to the move, but would have to weigh the consequences, Reuters reported.