The Society for Worldwide Interbank Financial Telecommunication, or SWIFT, operates as a secure messaging system used by around 11,000 banks and financial institutions across the world. The announcement is the most significant measure that the U.S., European allies and Canada have issued against Russia since its invasion of Ukraine.

“We commit to ensuring that selected Russian banks are removed from the SWIFT messaging system,” the U.S., U.K., France, Germany, Italy, Canada and the European Commission wrote in a joint statement released Saturday. “This will ensure that these banks are disconnected from the international financial system and harm their ability to operate globally.”

A senior U.S. administration official told reporters Saturday evening that this joint move will likely prompt “most banks around the world” from “transacting altogether with” the affected Russian banks.

Notably, this measure will only target “selected Russian banks.” World leaders are still hashing out the details of which Russian lenders will be targeted by the SWIFT ban, the official noted.

Still, the global powers also agreed to impose “restrictive measures that will prevent the Russian Central Bank from deploying its international reserves in ways that undermine the impact of our sanctions” – one of Ukraine’s key requests amid the invasion. 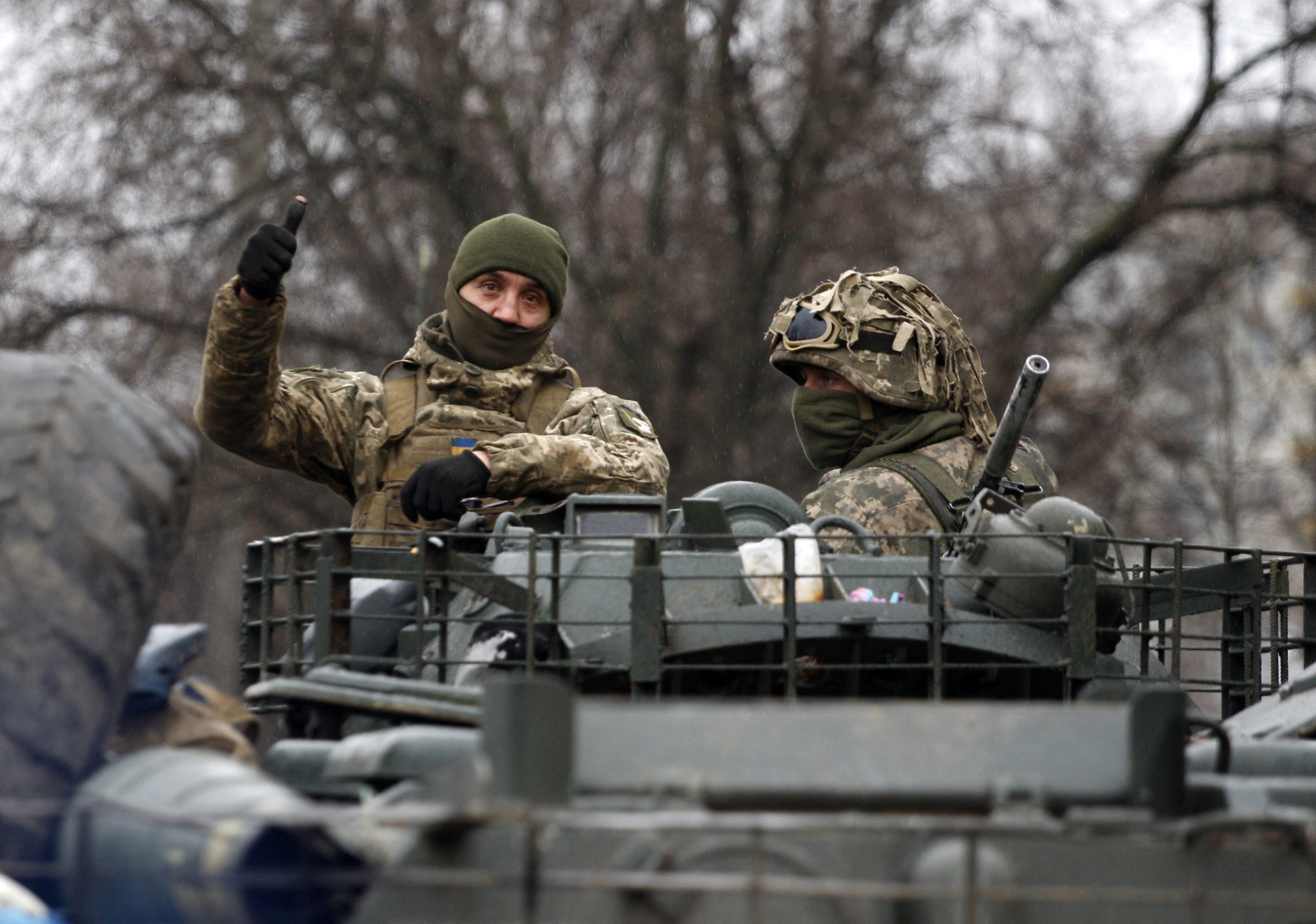 A Ukrainian serviceman gives a thumb up riding atop a military vehicle before an attack in Lugansk region on February 26, 2022. – Russia on February 26 ordered its troops to advance in Ukraine “from all directions” as the Ukrainian capital Kyiv imposed a blanket curfew and officials reported 198 civilian deaths. (Photo by Anatolii Stepanov / AFP) (Photo by ANATOLII STEPANOV/AFP via Getty Images)

“This will show that Russia’s supposed sanctions proofing of its economy is a myth,” a senior administration official told reporters Saturday evening. “The $600 billion-plus war chest of Russia’s foreign reserves is only powerful if [Russian President Vladimir] Putin can use it.”

The announcement is just the latest in a series of joint measures the U.S. and allies have made against Russia. On Friday, the U.S., U.K. and European Union announced it would personally sanction Putin and Russian Foreign Minister Sergey Lavrov. (RELATED: Lawmakers React To Russian Invasion Of Ukraine, Call For More Sanctions)

Removing selected Russian banks from SWIFT marks a change in at least some European leaders’ thinking, according to comments made by President Joe Biden on Thursday. At the time, Biden said it wasn’t “the position that the rest of Europe wishes to take.”

“In short, Russia has become a global, economic and financial pariah,” the administration official said after the joint announcement. “Putin’s government is getting kicked off the international financial system.”

“This is a sad outcome for the people of Ukraine, the people of Russia and many others. This is not where we wanted to be, but this is Putin’s own choice and only Putin can decide how much more cost he is willing to bear,” the official added.