Seattle’s Downtown Emergency Service Center, a nonprofit organization that conducts outreach to the city’s homeless population, received $1,900,000 in PPP loans in 2021. The organization has distributed “[three] kinds of glass” to patients, who can “get one kind of each pipe a week,” according to materials shared in its shelter and reported on by radio host Jason Rantz.

DESC did not respond to the Daily Caller’s request for comment for this story.

The San Francisco AIDS Foundation, an organization founded in 1984, received $1,815,000 in PPP loans in 2020. The group distributes materials such as aluminum foil, pipe covers, and brillo that can be used to create pipes. It also participates in a pipe and syringe program at San Francisco General Hospital, the drug advocacy magazine Filter reported.

SFAF did not respond to the Daily Caller’s request for comment for this story.

The data demonstrates the growing acceptance of crack pipe distribution as a component of a “harm reduction” approach to drug policy, in which advocates provide users with paraphernalia and a place to consume drugs with the goal of decreasing communicable diseases and overdoses. Opponents of the approach argue that it subsidizes drug use, crime, and homelessness, and does not help users and addicts lead healthier lives. The harm reduction approach is most commonly associated with the distribution of Naloxone, which prevents opioid overdoses, as well as needle exchanges to prevent the spread of diseases like HIV and hepatitis.

In recent years, public health officials have expanded such programs to include injection sites, where drug users can be monitored in case of an overdose, and “safe smoking kits,” which include mouthpieces for crack pipes, and in some cases, the pipe itself.

Following a report from the Washington Free Beacon, the White House denied that crack pipes would be included in smoking kits provided by nonprofit organizations that are eligible for a Department of Health and Human Services grant. Press secretary Jen Psaki claimed that the kits would include “alcohol swabs, lip balm, other materials to promote hygiene and reduce the transmission of diseases like HIV and hepatitis.”

During a Senate floor speech Feb. 17, Democratic Vermont Sen. Patrick Leahy said he didn’t “think any administration has” ever “authorized use of Federal funding for smoke pipes.”

The kits will also include mouthpieces and other components used to smoke crack and methamphetamine, even if they don’t include the pipe itself, HHS Secretary Xavier Becerra confirmed in a letter to Republican Tennessee Sen. Marsha Blackburn. (RELATED: Democrat Blocks Bipartisan Bill Banning Funding For Crack Pipe, Drug Paraphernalia Distribution)

Although needle exchange programs have been successful in decreasing the spread of diseases like HIV in limited circumstances, the spread of other “harm reduction” practices has had wide-ranging negative effects, science journalist and author of San Fransicko: Why Progressives Ruin Cities Michael Shellenberger told the Daily Caller.

Shellenberger pointed to the recent overdose death of a 16-year old girl near a supervised consumption site in San Francisco. The girl traveled to San Francisco from Stanislaus County, more than 100 miles away, and her parents had previously declared her missing.

“Two of the streets are taken over by open-air drug dealing. There are significantly more drug dealers there now than before they created the supervised consumption site” in January, Shellenberger said. Operating a supervised consumption site is illegal under both state and federal law, but city officials are nevertheless allowing drug users to consume illicit substances at the Tenderloin Linkage Center. 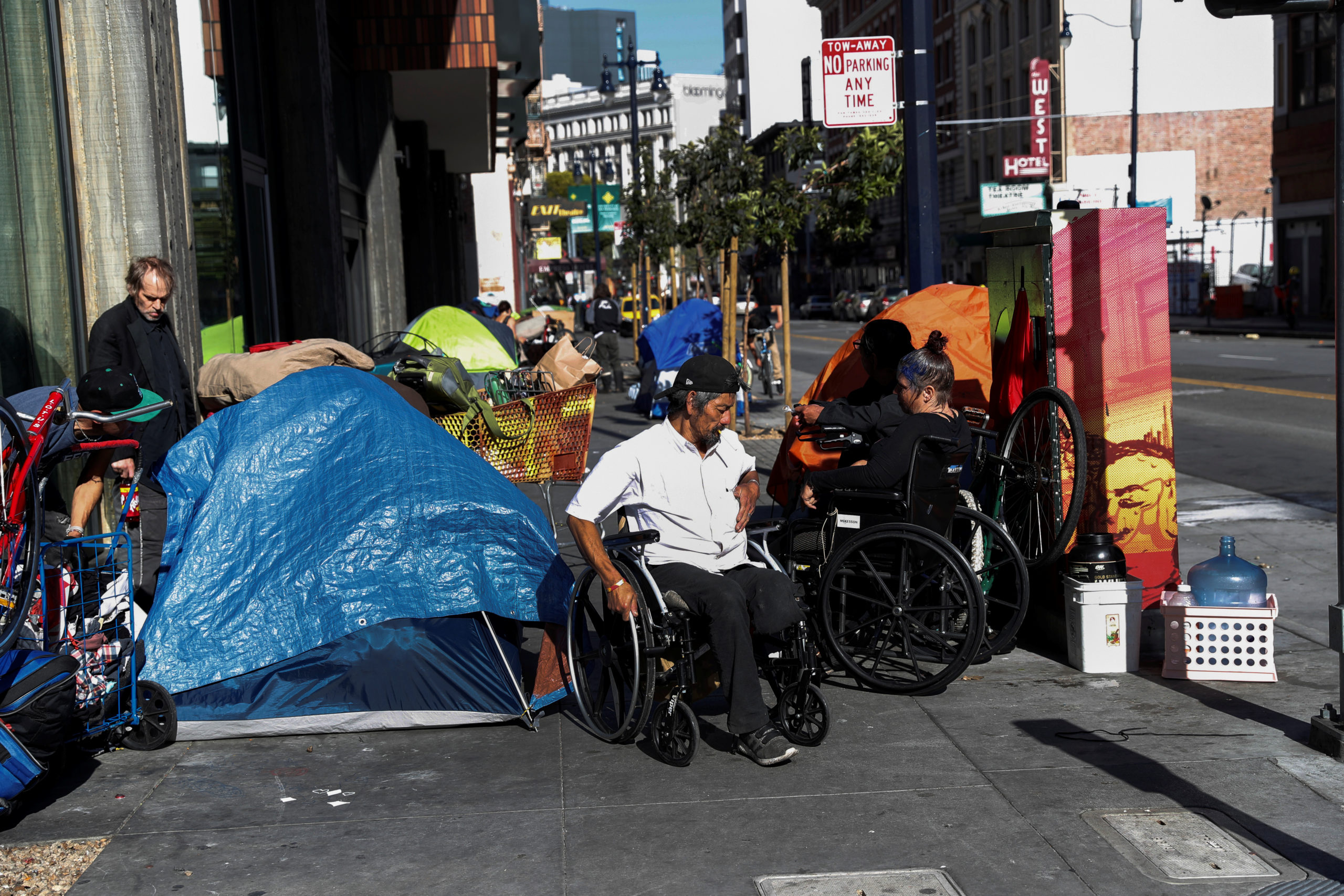 People line in a sidewalk filled with tents set up by the homeless in the Tenderloin district of San Francisco, California, U.S. April 1, 2020. Picture taken April 1, 2020. (REUTERS/Shannon Stapleton)

“If we don’t create spaces like this, if we don’t acknowledge that people are using drugs in the United States and create safe spaces, then we will continue to lose people we love,” she said.

NYHRE did not respond to the Daily Caller’s request for comment for this story.

Shellenberger pushed back on the idea that supervised drug consumption sites, which have been piloted in countries like Canada and the Netherlands, create a safer environment for most drug users, or that they allow users to live healthier lives.

“They have no evidence of that. There is no way to know, because we don’t know that the person who overdosed inside the site and was revived, often at an ambulance on the way to the hospital, would have been revived” or overdosed in the first place, he said. “They’re misleading because people do die. They’re just recording the place of death as the ambulance or the hospital.” (RELATED: Doctors May Soon Prescribe An Overdose Reversal Drug To Patients On Opioids)

“The Netherlands does have 28 drug consumption rooms, but they’re within a broader system that tries to get people to quit using drugs and uses coercion to motivate people to stop using.”

“The idea behind giving people meth pipes, which can be used for meth or crack, is that they will smoke the meth rather than inject it. The vast majority of people are smoking meth right now, they’re not injecting it. There’s no evidence that people will switch from injecting to smoking just because you give them a pipe. In fact, it’s pretty ridiculous. Users are making choices on how to consume their drugs based off of a variety of decisions, but they don’t need taxpayers to subsidize their illegal drug use.”