“More than 2,000 Ukrainians died, not counting our defenders,” the service said in a statement, CNN reported. “Children, women and our defense forces are losing their lives every hour.”

The United Nations High Commission for Human Rights said on Tuesday it had recorded 500 civilian deaths from the conflict, but it cautioned the real number was likely “much higher,” CNN reported.

“Most of these casualties were caused by the use of explosive weapons with a wide impact area, including shelling from heavy artillery and multiple launch rocket systems, and air strikes,” the statement said. “These are only the casualties we were able to cross-check.” 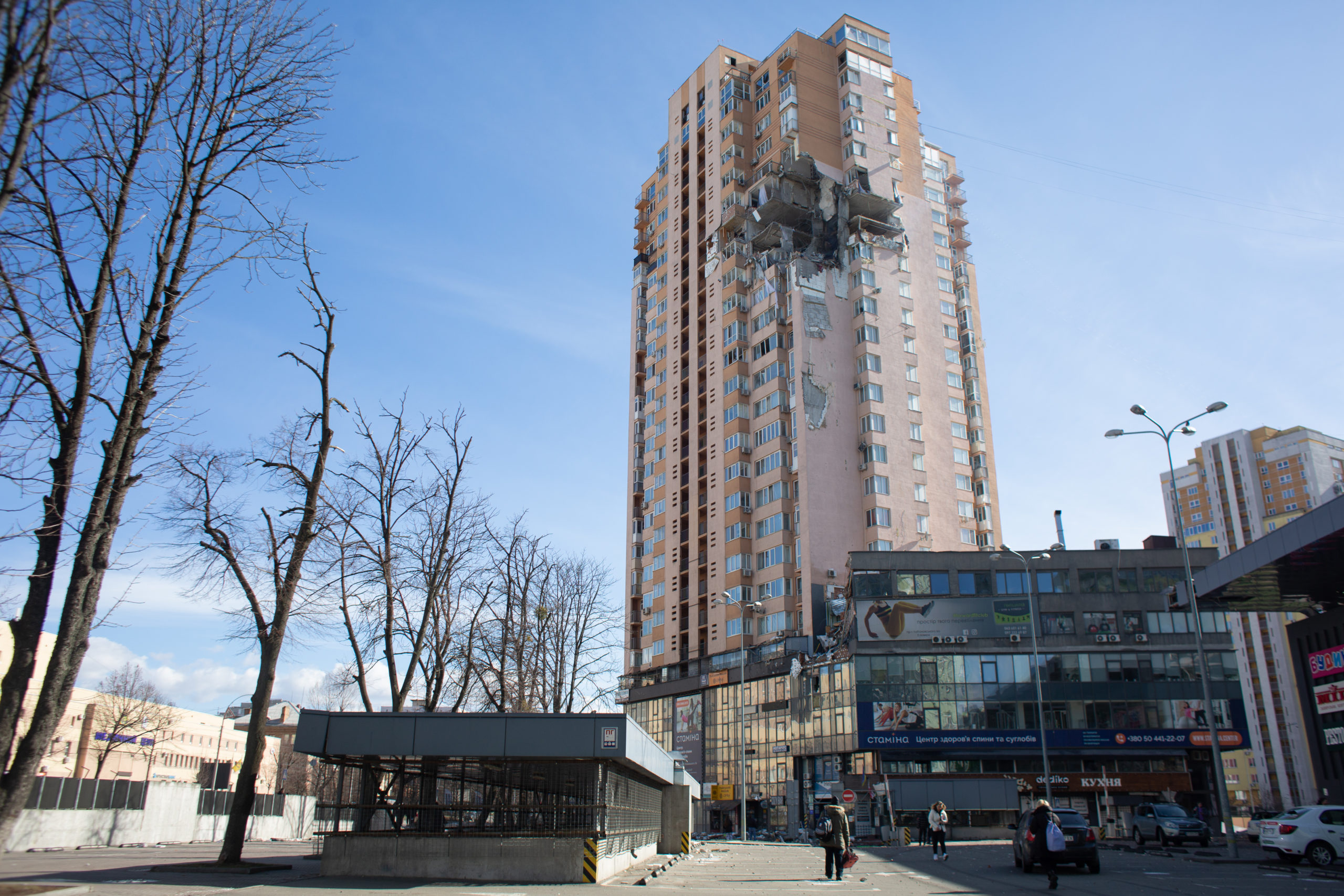 A view to the apartment block in 6A Lobanovsky Avenue which was hit with a missile on February 26, 2022 in Kyiv, Ukraine.(Photo by Anastasia Vlasova/Getty Images)

President Joe Biden said on Wednesday it was clear Russian President Vladimir Putin was targeting civilians, but he said he was not prepared to call Putin’s actions war crimes, CNN’s Kaitlan Collins reported. (RELATED: US To Join European Union In Closing Off Airspace To Russian Flights, Biden Announces)

Russia’s invasion of Ukraine was a prominent part of Biden’s State of the Union address on Tuesday night, devoting the opening minutes to the conflict.

“Putin’s latest attack on Ukraine was premeditated and unprovoked. He rejected repeated efforts at diplomacy,” he said. “He thought the West and NATO wouldn’t respond. And he thought he could divide us at home. Putin was wrong. We were ready.”

On Wednesday, the seventh day of the invasion, Ukrainian President Volodymyr Zelenskyy said his people “have truly become one” during the conflict.