Two former administrators for District of Columbia Public Schools (DCPS) filed a lawsuit against the district alleging retaliation and termination for “reporting racist teacher-training practices upon black children,” according to the lawsuit obtained by the Daily Caller.

The duo alleges they were retaliated against after speaking out against the implementation of Relay Graduate School of Education practices, which they claim were only being implemented in the poorest, predominantly black schools in the district. Marlon Ray, Boone Elementary’s former Director of Strategy and Logistics, said the program was “racist, militarist” and “the antithesis to critical thinking.”

According to the lawsuit filed with D.C.’s Superior Court, Relay practices were introduced in DCPS at the end of the 2017-2018 school year. On June 6, 2019, DCPS’ deputy chancellor announced that principals in the poorest parts of the district would be trained in Relay programming, according to the litigation.

Dr. Carolyn Jackson-King, the former principal of Boone Elementary, told the Daily Caller that she saw the Relay program implemented at another school in D.C. and a school in New Jersey and knew the program was too “robotic” for students in her school to succeed. On June 28, 2019, Jackson-King spoke with Instructional Superintendent Elizabeth Nambi about the “discriminatory” program and why it was only being implemented in schools that serve primarily black students.

Jackson-King spoke with DCPS officials, including Nambi, several other times raising concerns over the “racist overtones” of the program and the amount of money DCPS paid for the training. She also voiced her concerns to D.C. City Councilmember Trayon White, alleging that the district was engaging in “prohibited discrimination.”

After Jackson-King began speaking out against Relay programs, she received her first below-average performance review. In 2020, a DCPS Instructional Superintendent gave her a 2.75 out of 4, making it the lowest score she had received in her 18-year-long tenure with DCPS and five years at Boone Elementary.

Jackson-King told the Daily Caller that she requested information on the poor performance review as she believes the data that was used to evaluate her was incorrect.

“I’ve never had an evaluation from the time I entered education that was below [average],” Jackson-King said.

On Feb. 25, Jackson-King received an email invitation to meet with the Deputy Chief of Elementary Schools and a first-year Instructional Superintendent. During the meeting, which took place on Feb. 27, 2020, Jackson-King was informed that she “would not be reappointed to principalship due to [poor] performance.” The poor performance evaluation came from the one bad review, according to Jackson-King.

“At no point during this process did DCPS senior leadership question why a first-year Instructional Superintendent was recommending a Principal Coach with an impeccable record for non-appointment and dismissal,” the lawsuit noted.

Jackson-King was offered a demotion to Dean of Students at Banneker High School within DCPS. However, the role was cut and she was ultimately terminated on Aug. 5, 2020. (RELATED: Florida County To Spend $362,000 On ‘Cultural Sensitivity Training’ Despite Backlash)

Ray told the Daily Caller that he noticed a similar backlash from the school district after filing an official whistleblower complaint with the Office of the Inspector General in May 2020 over the Relay program. Ray worked in the district for 19 years, spending 13 years at Boone Elementary.

“As a DCPS employee, I’m a mandated reporter and praised by DCPS for reporting allegations or actual harm done to children,” Ray said. “However, when exposing harm to children was produced by my employer’s programs and practices, I received no praise. Instead, I got constant retaliation, including a death threat.”

In Oct. 2020, Ray alleges that he received a death threat after speaking out. He told the Daily Caller that DCPS promotes a “culture of silence,” especially for administrators, that encourages them not to go “outside of the realm of hierarchy.”

“I felt constantly unsafe at my workplace because senseless murders are not uncommon in D.C.,” he said.

Ray alleged that he was treated differently than other staff members during the pandemic as well. He alleges that the principal who replaced Jackson-King required Ray to attend work in-person five days a week from July to November of 2020, despite his high risk for contracting COVID-19.

The former administrator also alleged that he was “chastised and berated” for participating in a Washington Teachers Union protest.

On March 12, 2021, while out sick awaiting COVID-19 test results, Ray received a phone call from Boone Elementary’s new principal informing him that his position would not be included in the upcoming 2021-2022 school year budget, according to the lawsuit.

Per the district’s “Notice of Reduction” reviewed by the Daily Caller, Ray was told that he would “receive some priority consideration” for future jobs within the district.

On May 18, 2021, the district posted a Manager of Strategy and Logistics position at Boone Elementary, which was Ray’s same position with less pay and fewer authoritative responsibilities. Ray told the Daily Caller that he applied and did not receive an interview. 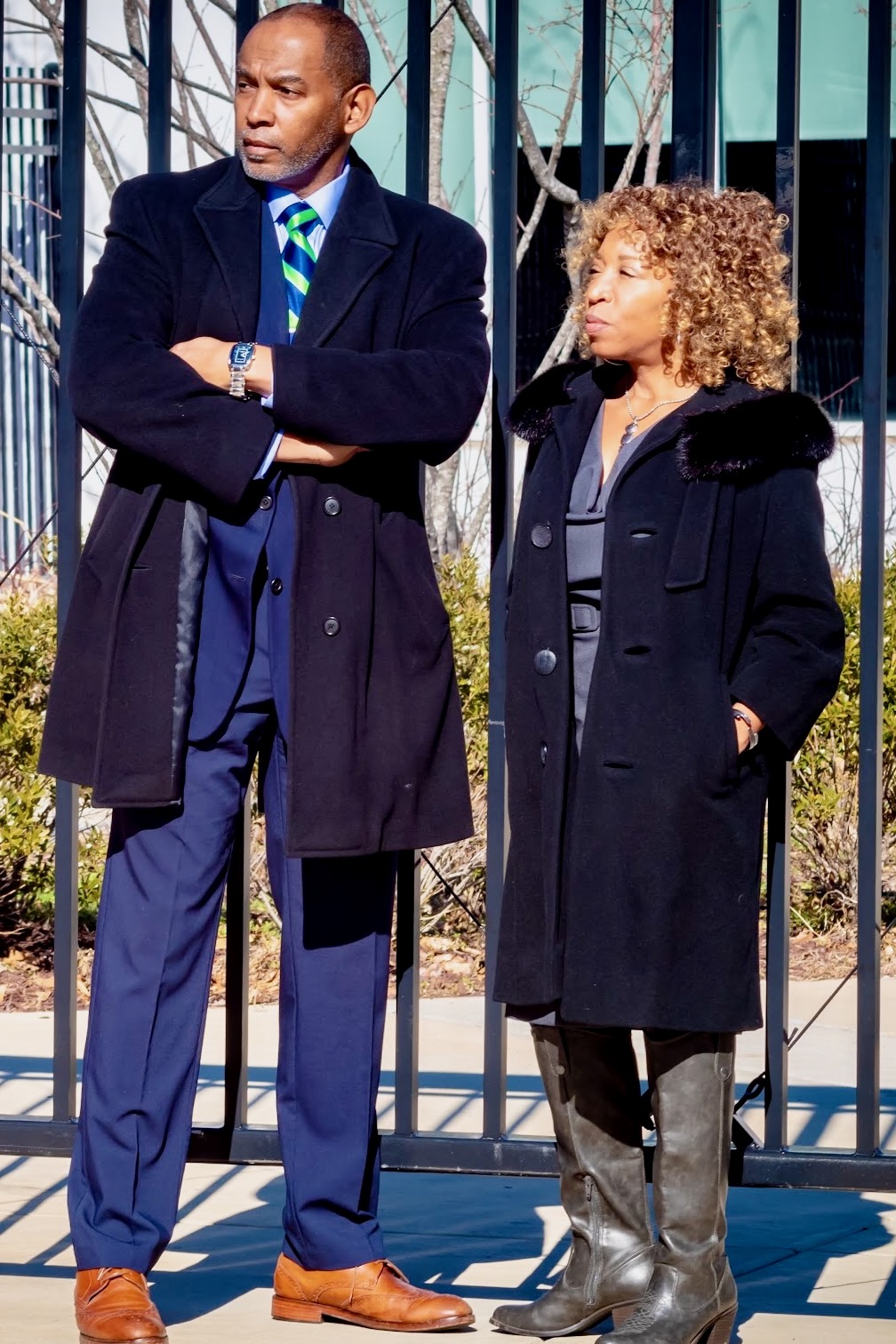 The duo told the Daily Caller that they believe their careers in education have come to an end after fighting tirelessly for “voiceless” children. From an outside view, the duo had it made as top-tier elementary educators but spoke out against policies they found “discriminatory” to their students anyway.

“[We have a] deep love and care for children and the families that we served,” Ray said.

Jackson-King recalled a time when Ray came to the elementary school building at two o’clock in the morning to ensure the boiler stayed on so students wouldn’t have to come to school cold. Ray went to the school building in the middle of the night and turned the boiler on every hour or so.

Ray said his job was made easier by the leadership style of Jackson-King.

Jackson-King said that despite speaking out against Relay programming “teachers are still afraid to speak out against things that are happening in [their] schools.”

The District of Columbia Public Schools did not respond to the Daily Caller’s request for comment.