Thousands of people from all across the U.S. gathered March 2 in Monrovia, Indiana, to show support of “The People’s Convoy,” which consists largely of truckers who were inspired by the anti-mandate protests in Canada.

The major U.S. convoys were organized by 30 individuals, with the most well-known convoy starting in Adelanto Stadium, California, on Feb. 23.

Anthony Cabassa, a journalist from El American, interviewed one of the organizers, Brian Brase, on Feb 28. Brase said that “almost all of [the convoys] are joining us along the route” as they travel toward Washington, D.C.

The following flyer was released to promote an event the night of March 2 in the area: 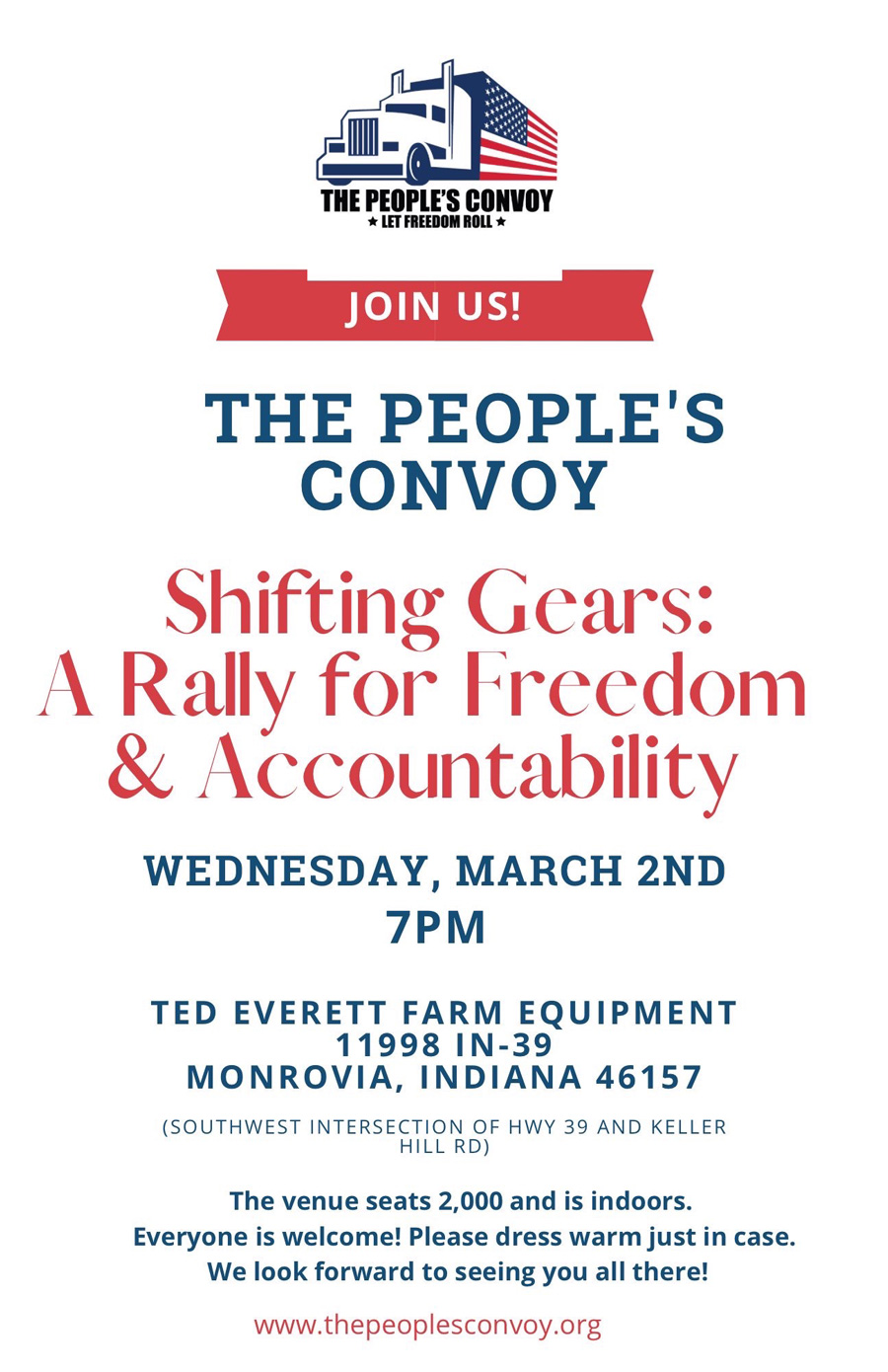 The convoy consisted not only of truckers but thousands of people from different backgrounds. The event that night saw key speakers, including some of the organizers, talk to the crowd, thanking their attendance and support for their cause. 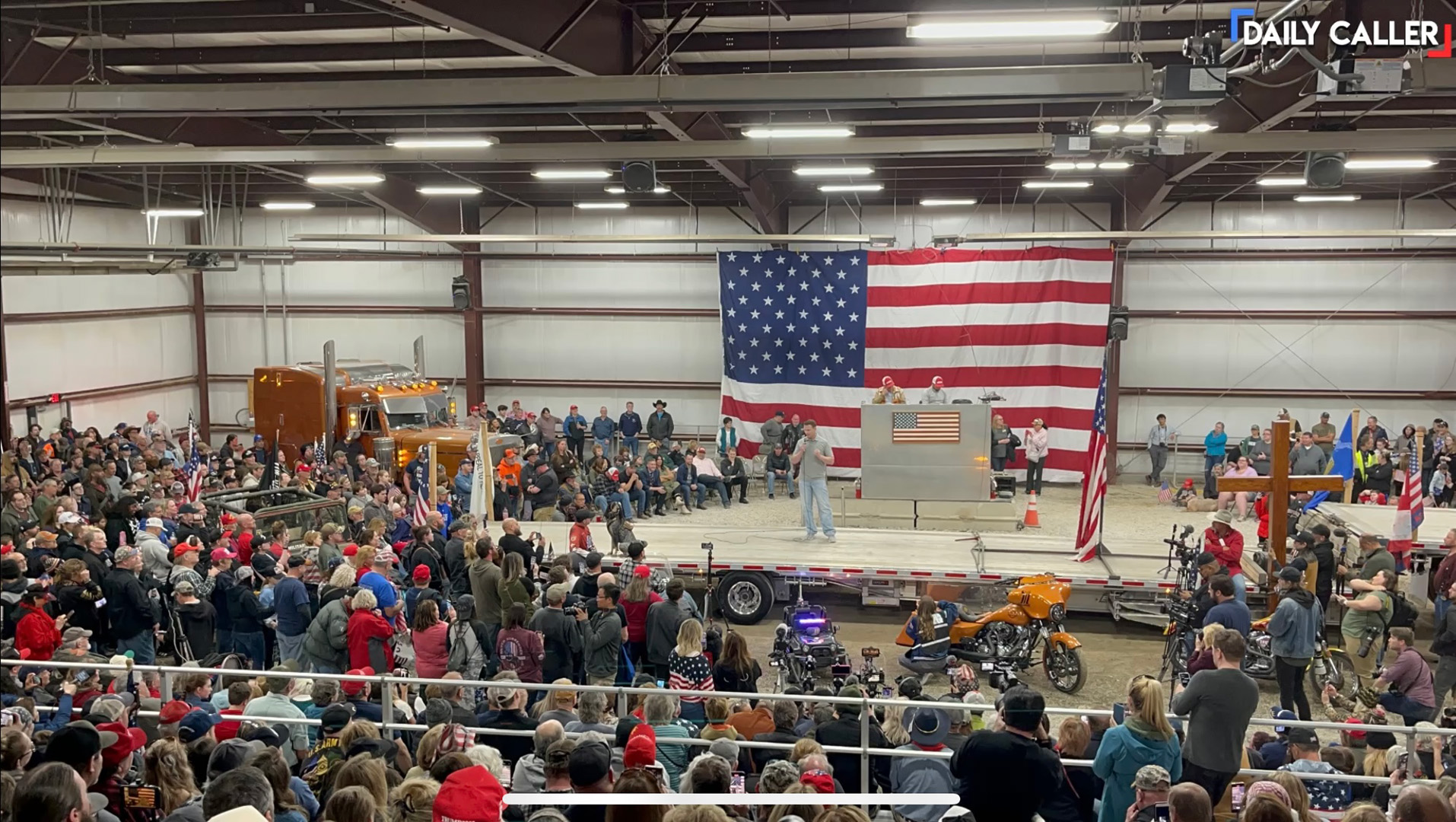 The night concluded with people outside bringing out a massive flag, truckers honking their horns, and fireworks being set off.

The convoy is set to arrive in the Washington, D.C., area March 5. Information about the convoy can be seen on their website.

Check out these other videos looking at the trucker convoys:

USA Trucker Convoy Leader Has A Message For Biden

Don’t forget to check us out on Social Media!