The Biden administration unveiled a round of fresh sanctions Wednesday, in part targeting a small portion of Russia’s massive oil and gas industry.

The Department of Commerce will place restrictions on U.S. oil refining technology exports to Russia as part of the sanctions, the White House announced. The announcement falls far short of the sweeping sanctions on Russian oil imports that several Republican and Democratic lawmakers have pushed for in response to Russia’s military invasion of Ukraine which has led to mass casualties.

“Through export controls on oil and gas extraction equipment, the Commerce Department will impose restrictions on technology exports that would support Russia’s refining capacity over the long term,” the White House said in a fact sheet. “The United States and our Allies and partners do not have a strategic interest in reducing the global supply of energy – which is why we have carved out energy payments from our financial sanctions.”

“But we and our Allies and partners share a strong interest in degrading Russia’s status as a leading energy supplier over time,” the statement continued. “These actions will help further that goal, while protecting American consumers.” 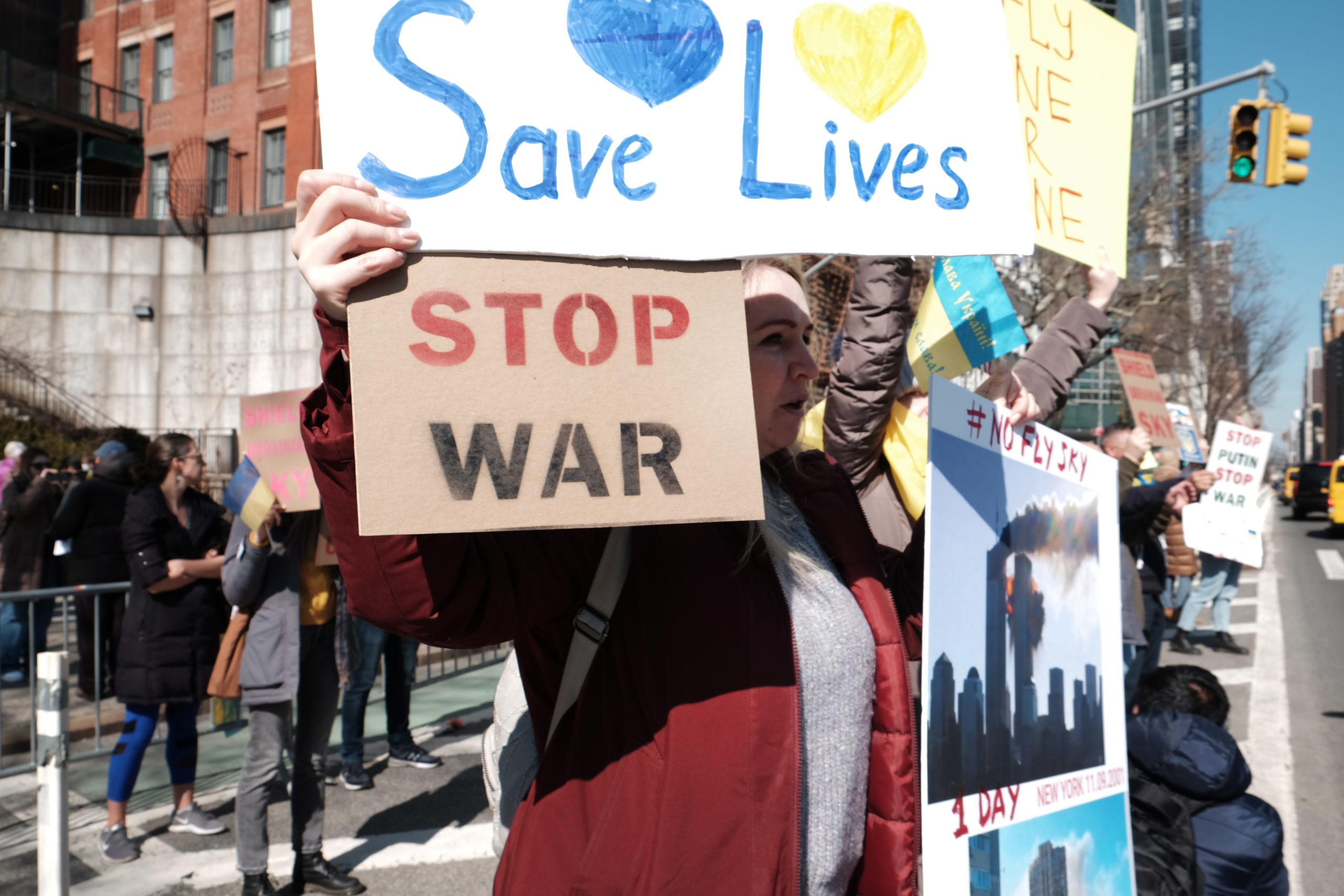 Russia’s oil and gas industry funds about 40% of the nation’s federal budget. The U.S. imported more than 670,000 barrels of oil per day from Russia in 2021, U.S. Energy Information Administration full-year data showed.

“I am calling on the Administration and industry partners to take action immediately, up to and including banning crude oil imports from Russia,” Democratic Sen. Joe Manchin, the chairman of the Senate Energy and Natural Resources Committee, said in a statement on Monday.

Still, while the administration hasn’t completely ruled out the possibility of completely sanctioning the Russian energy sector, it has pumped the brakes on the idea multiple times, citing the high energy prices that it would cause for American and European consumers.

The price of oil, a major factor in determining gasoline prices, touched 11-year highs on Wednesday, continuing its upward trend.

“The Commerce Department will continue to lead strong, coordinated action with our global allies and partners to apply maximum pressure on Russia, its enabler Belarus, and any other parties that may seek to support them,” Commerce Secretary Gina Raimondo said in a statement Wednesday.