Ukraine’s minister of foreign affairs, Dmytro Kuleba, said Thursday that Russia might be planning a false flag attack by firing missiles at itself.

“Worrying reports: Russians might have pointed multiple rocket-launching systems in the Russian border village of Popovka towards their own territory,” Kuleba tweeted. “Knowing the barbaric nature of Russian actions we fear a false flag operation might be prepared in order to accuse Ukraine.”

When Russian President Vladimir Putin first announced his deployment of troops into Ukraine, he claimed it was to achieve the “demilitarization and denazification” of the country, The New York Times reported. He claimed the Ukrainian government was committing genocide in Russian-backed separatist territories and declared their independence.

Ukraine alleged before the invasion that Russia had rigged explosives in the separatist territories to create a perceived terrorist attack that would serve as a pretext to invade. U.S. intelligence similarly indicated Russia was preparing operatives to launch false flag attacks. 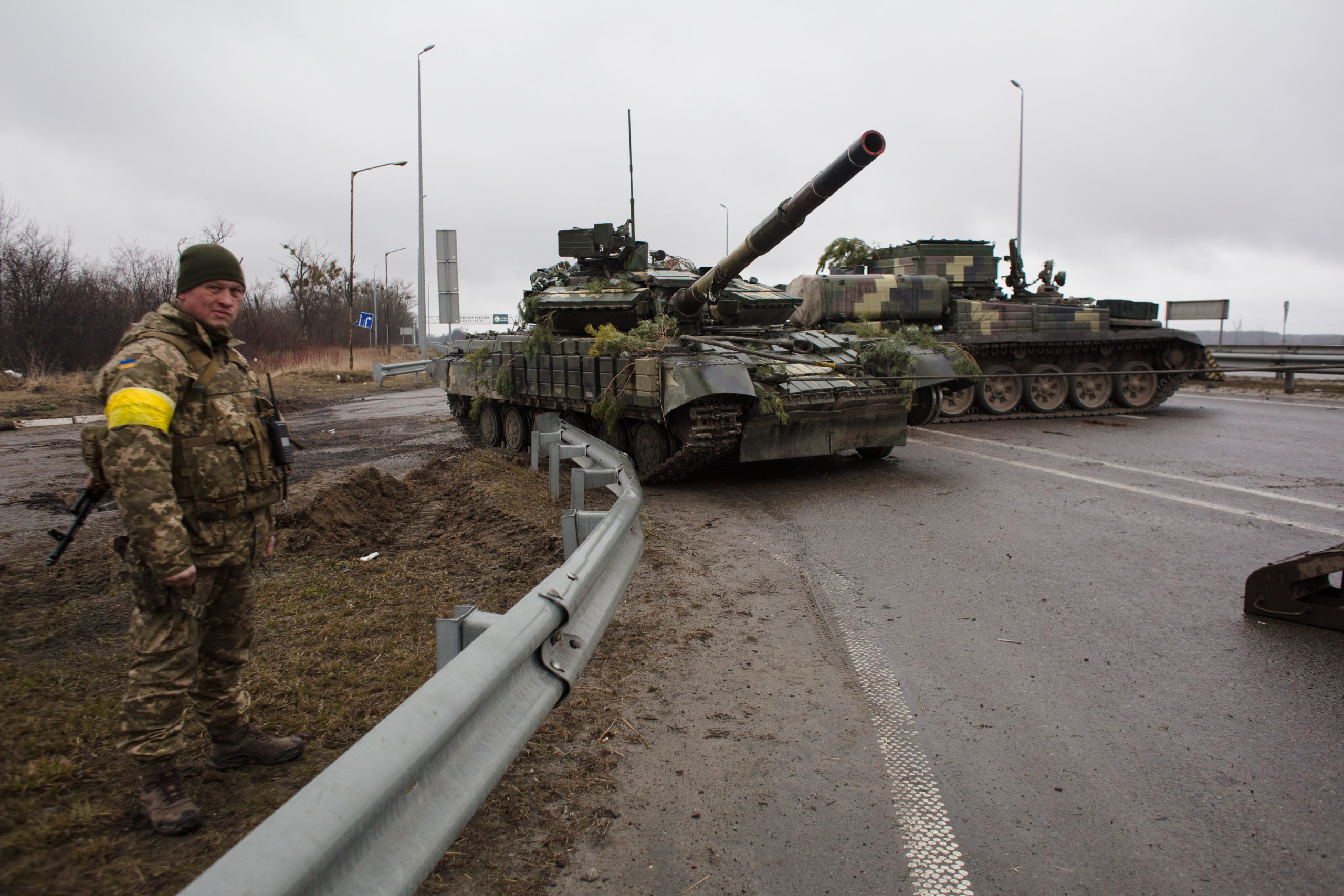 SYTNIAKY, UKRAINE – MARCH 03: Ukrainian servicemen take an APC for repairs on March 3, 2022 in Sytniaky, Ukraine, west of the capital. Russia continues its assault on Ukraine’s major cities, including the capital Kyiv, a week after launching a large-scale invasion of the country. (Photo by Anastasia Vlasova/Getty Images)

Russia is allegedly planning to stage public executions in cities its troops capture to hurt the morale of Ukrainians, who have put up stiff resistance, according to multiple reports. The plan reportedly includes crackdowns on protests and detention of opponents.

“Sit down, but not 30 meters away, like with Macron or Scholz. I’m your neighbor,” he said, The Recount tweeted. “Sit down with me and talk. What are you afraid of?”

Zelenskyy also said western nations were too slow to offer Ukraine the support it needed, prodding them to issue a no-fly zone over Ukraine to deny access to Russian warplanes, Axios reported. The U.S. and NATO have thus far ruled out this possibility.