Top Democrats on the House Oversight and Reform Committee abruptly canceled a hearing that was intended to be part of a monthslong probe into the fossil fuel industry amid the Ukraine crisis.

Democratic leadership nixed the hearing, originally scheduled for March 8, from the panel’s schedule despite their previous insistence that it takes place, according to Republican leaders on the committee. Oversight Chairwoman Carolyn Maloney and California Rep. Ro Khanna, the top Democrat on the Oversight Subcommittee on Environment, announced that they would call the Big Oil board members to testify as part of their broad climate probe into the industry in early February.

“Now that world events have shown the importance of domestic oil and gas production, you are canceling the March 8, 2022 hearing with oil company board members even after you sent letters ‘demanding their testimony’ on that date,” the GOP lawmakers wrote in the letter. (RELATED: Democrats To Begin Year-Long Investigation Into Big Oil ‘Disinformation’ Campaign)

“Since there is no longer a pressing need to hear from board members, we call on you to stop your baseless investigation and instead require the Department of Energy (DOE) Secretary testify before the House Oversight and Reform Committee,” they continued. 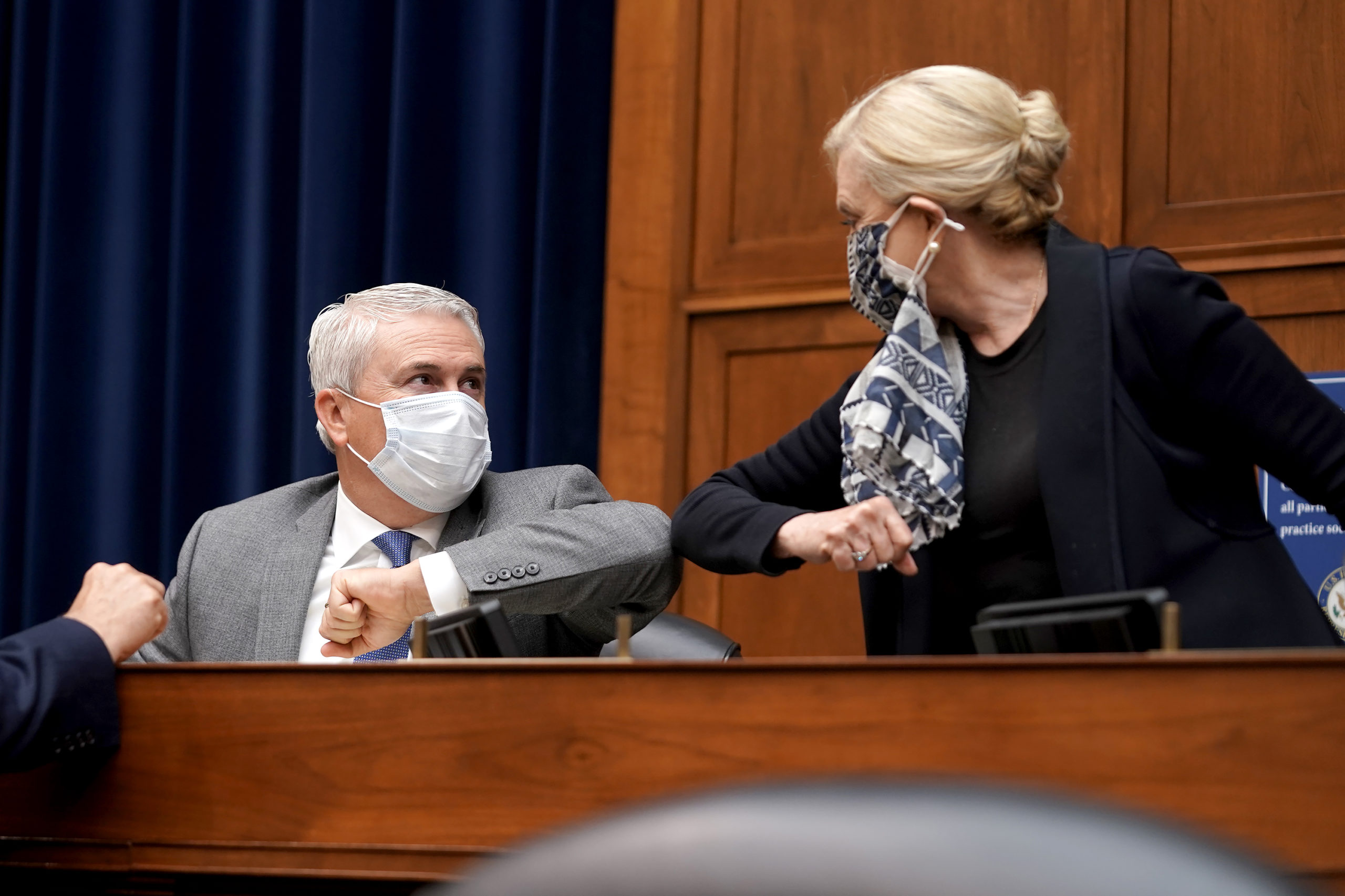 Comer and Norman accused Democrats of saving face in light of skyrocketing gasoline prices. Oil prices, which have a major impact on gasoline prices, have surged after Russia unleashed a military invasion of Ukraine, roiling global energy markets.

In addition, the White House has opted against sanctioning Russia’s energy sector, which imported more 670,000 barrels of oil per day to the U.S. in 2021, despite calls from dozens of bipartisan lawmakers to ban such imports.

“Russia’s invasion of Ukraine has made it clear to the entire world the necessity for the United States to maintain a strong position in our domestic production of oil and gas,” Comer, Norman and the other committee Republicans continued. “It is now more critical than ever for the United States to expand production capacity of our natural resources to protect our interests and not be beholden to countries like Russia the way Europe is after prematurely moving away from fossil fuels.”

“Essentially, President Biden has allowed the U.S. to fund Putin’s invasion of Ukraine,” they added. “The fact that our intelligence community warned of an invasion and President Biden continued buying Russian oil is unconscionable.” (RELATED: ANALYSIS: How Biden’s Energy Policies Enabled Putin’s Aggression In Ukraine)

While Democrats canceled the hearing, both Maloney and Khanna had threatened further action in February if the board members — including officials from ExxonMobil, BP and Shell — decided not to appear before the committee. They also criticized the board members for alleged attempts to delay the hearing.

“Despite attempts to delay, I look forward to questioning Big Oil board members under oath,” Khanna said in a statement on Feb. 3. 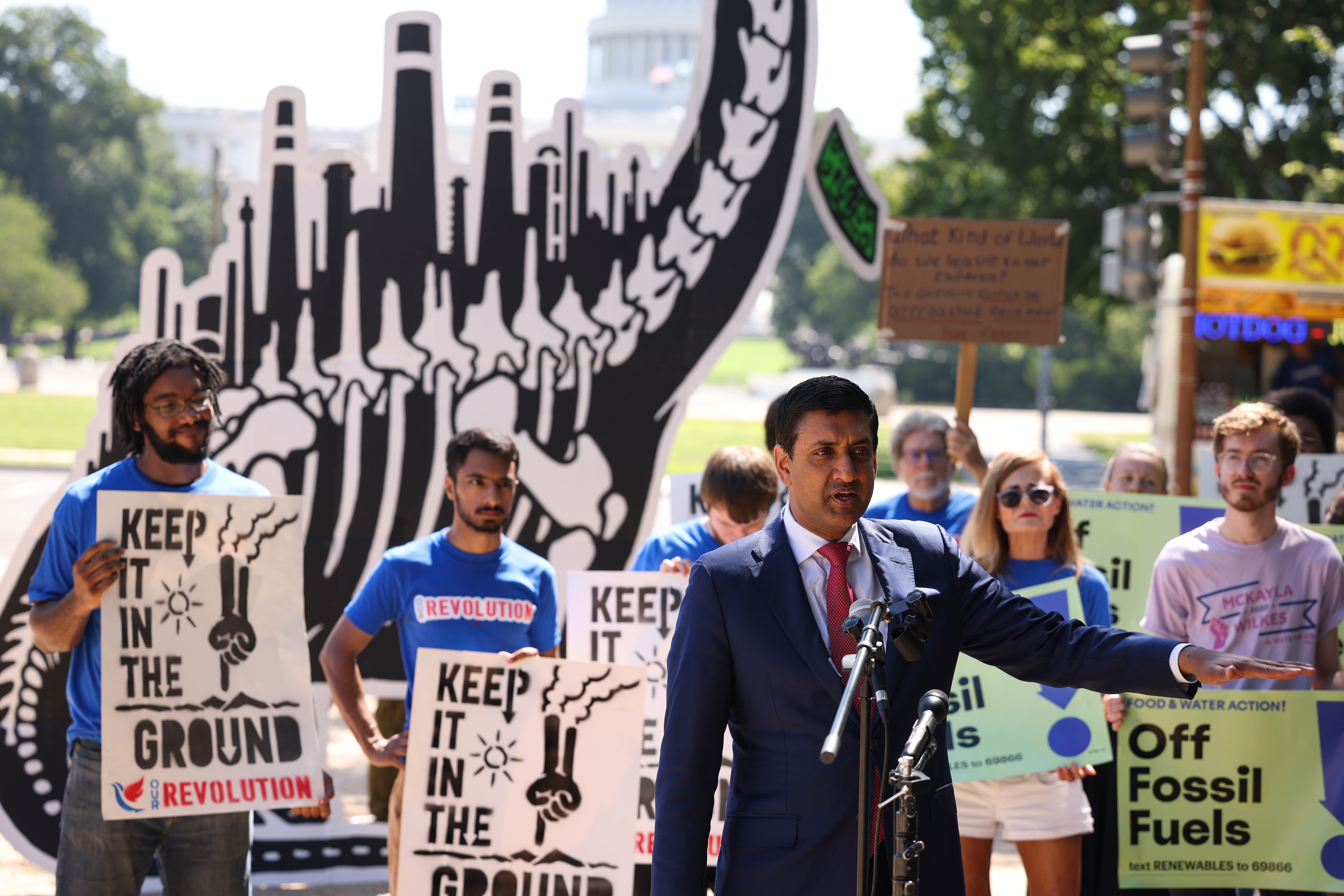 In October, Maloney and Khanna initiated the broader investigation, focusing on whether Big Oil companies have conducted a decadeslong “disinformation campaign” on climate change. They said the probe could last a year and would mimic the 1990s congressional probe into tobacco corporations. (RELATED: Ukraine Crisis Proves The Need For Domestic Fossil Fuel Production, Industry Groups Say)

The Democratic leaders began the probe with an Oct. 28 hearing in which CEOs of the largest oil corporations testified. During the hearing, committee Democrats grilled the executives over climate change while Republicans criticized the investigation as an opportunity for grandstanding.

“Democrats on this committee have spent months attacking leaders in the oil and gas industry for the purpose of fundraising,” Norman told the DCNF in a statement. “Now, they’re cancelling hearings with their tails between their legs because gas prices have soared to record levels.”

“Quit the games, and while we’re at, let’s get Energy Secretary Granholm in for a hearing to address the prices at the pump,” he continued.

Overall, the oil companies under investigation have provided the committee with more than 400,000 pages of documents since October, according to committee Republicans.

Maloney’s office didn’t immediately respond to a request for comment from the DCNF.