A popular fast food chain unveiled three new versions of its signature burger Monday, according to a press release.

Burger King announced three new versions of its Whopper will be available to order starting Thursday, the press release said.

“At Burger King, we want our guests to have it their way,” the chain said in the release. “Which is why we’re introducing a new way to Whopper…our new Whopper Melts are a cheesy, melty way to enjoy a flame-grilled Whopper.” (RELATED: Burger King Launches ‘Real Meals’ For Mental Health Awareness Month) 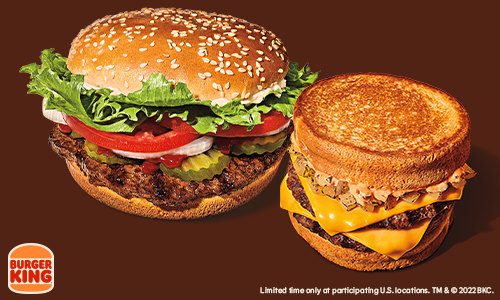 A Whopper Melt (right) next to a regular Whopper.

The burgers were tested out in Ohio prior to the national rollout as part of a plan to double down on the chain’s signature burger. 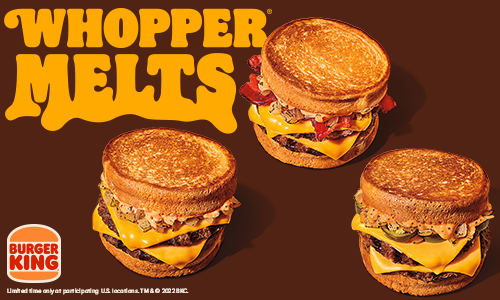 “We know we have the most loved QSR hamburger in America. All our data shows our flame-grilled Whopper outperforms the hero product of our competitors,” Jose Cil, the chief executive officer of Burger King’s parent company, told investors in an October 2021 investor call.

The burgers are $4.29 as a stand-alone item, and there are $6 meal deals available on the restaurant’s app, according to the release.

“Guests have loved our iconic flame-grilled Whopper since 1957, and Whopper Melts are the first of more Whopper innovations to come later this year,” Burger King said in their release.