President Joe Biden’s Supreme Court nominee, Judge Ketanji Brown Jackson, was a member of the Black Students Association (BSA) at Harvard University that invited Leonard Jeffries, a former professor who has been criticized over antisemitic and racist remarks, to speak at the school.

Jeffries, who was a City University of New York professor of black studies at the time, spoke at an event hosted by the BSA, Harvard’s Black Law Students Association and the Dubois Graduate Society, The Harvard Crimson reported in February 1992.

The event sparked criticism and campus protests from groups such as the campus Hillel chapter, Gay-Straight Alliance, College Democrats and more, who cited Jeffries past comments in calling him antisemitic, racist and homophobic.

Throughout Jeffries’ lecture to the black student groups, he discussed a “revisionist version of history” that attributed modern society successes to “the ancient Egyptian civilization of the Nile,” according to the Crimson. 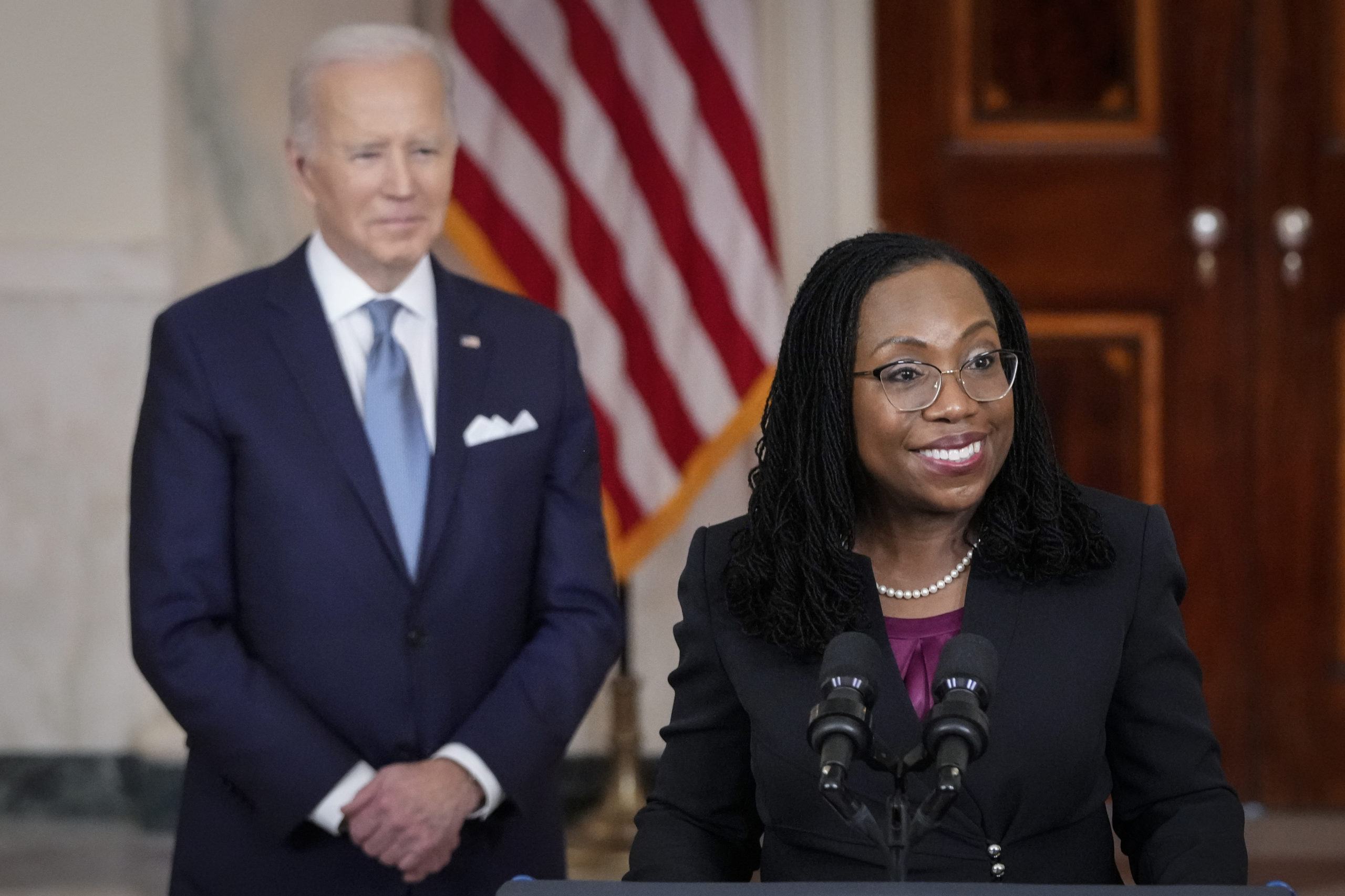 U.S. President Joe Biden (L) looks on as Ketanji Brown Jackson, circuit judge on the U.S. Court of Appeals for the District of Columbia Circuit, delivers brief remarks as his nominee to the U.S. Supreme Court during an event in the Cross Hall of the White House February 25, 2022 in Washington, DC. Pending confirmation, Judge Brown Jackson would succeed retiring Associate Justice Stephen Breyer and become the first-ever Black woman to serve on the high court. (Photo by Drew Angerer/Getty Images)

Although Jeffries denied being antisemitic, he said “Jews were heavily involved in the slave trade” and denied that “Egyptians had used Jewish slave labor to build the ancient pyramids of Giza,” the Crimson reported. In a discussion of the Holocaust, Jeffries reportedly said “Adolf Hitler was a problem of Europeans. Adolf Hitler is not my problem.” (RELATED: Texas School District’s ‘Racial Equity Committee’ Blocks Parents From Attending Its Meetings Amid Public Backlash)

In 1991, the American Jewish Committee (AJC) released a report called “Dr. Jeffries and the Anti-Semitic Branch of the Afrocentrism Movement,” discussing Jeffries’ comments about Jews and his Afrocentric views. Describing a 1990 conference Jeffries held for black teachers that highlighted his own beliefs, the AJC report said “if one wanted to know more about the Jews, the ‘Protocols of the Elders of Zion,’ the anti-Semitic Czarist forgery that alleges a worldwide Jewish conspiracy, and which fueled many pogroms, was sold at the conference.”

Jeffries’ remarks continued to earn him public condemnation after his appearance to speak to Jackson and her classmates. In late 1994, he compared Jewish people to “skunks” who “stunk up everything,” The New York Times reported at the time.

Biden tapped Jackson to fill retiring Justice Stephen Breyer’s seat on the Supreme Court, making good on his vow to nominate a black woman to the nation’s highest court.