Loudoun County Public School educators underwent a training program designed by race essentialists on March 7, according to pictures of the training obtained by the Daily Caller.

The training was conducted by the group “Equity in the Center,” which aims to “shift mindsets, practices, and systems in the social sector to center race equity.” The training was part of the district’s “Professional Development Day.” Educators were directed to increase their “equity literacy,” according to the slides.

“The way we think and talk about culture is constantly evolving and therefore it is necessary that as educators we continually work to increase our equity literacy,” the slide continued. 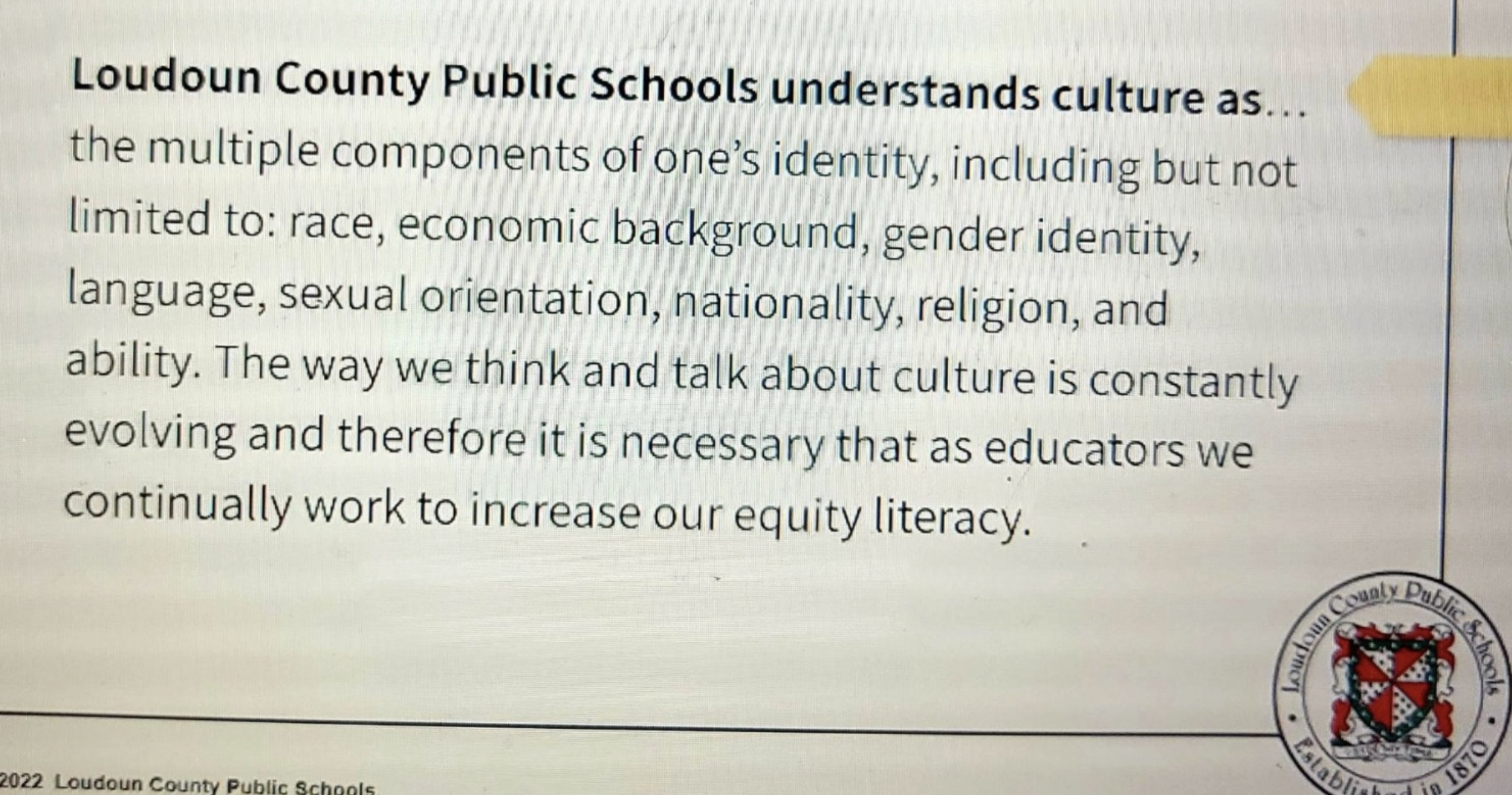 The training also featured a 2014 TedTalk by author Jamila Lyiscott, an assistant professor of Social Justice Education at the University of Massachusetts Amherst. Lyiscott authored the book “Black Appetite. White Food: Issues of Race, Voice, and Justice Within and Beyond the Classroom.”

Her speech focused on exploring the “manifestations of white privilege” “within and beyond the classroom,” according to a description of the TedTalk. 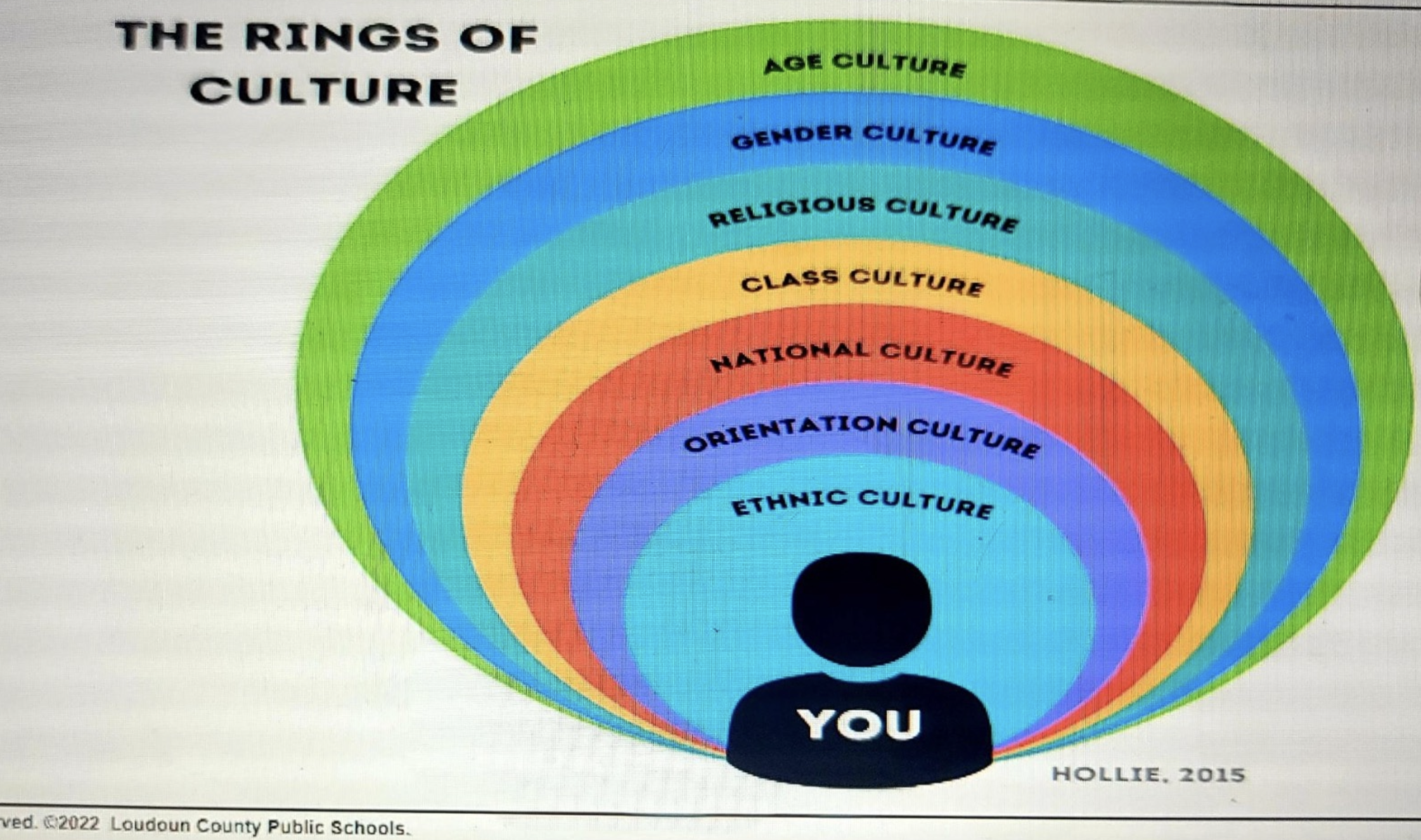 “The Rings of Culture” graphic was put together by Dr. Sharroky Hollie, an author who reportedly encouraged Florida teachers to call out anyone who refuses to subscribe to the “anti-racist” doctrine. (RELATED: Florida County To Spend $362,000 On ‘Cultural Sensitivity Training’ Despite Canceling Previous Contract Due To Backlash)

Included in Loudoun County’s training are references to “culturally responsive” teaching methods, a phrase that is synonymous with the teachings of critical race theory. 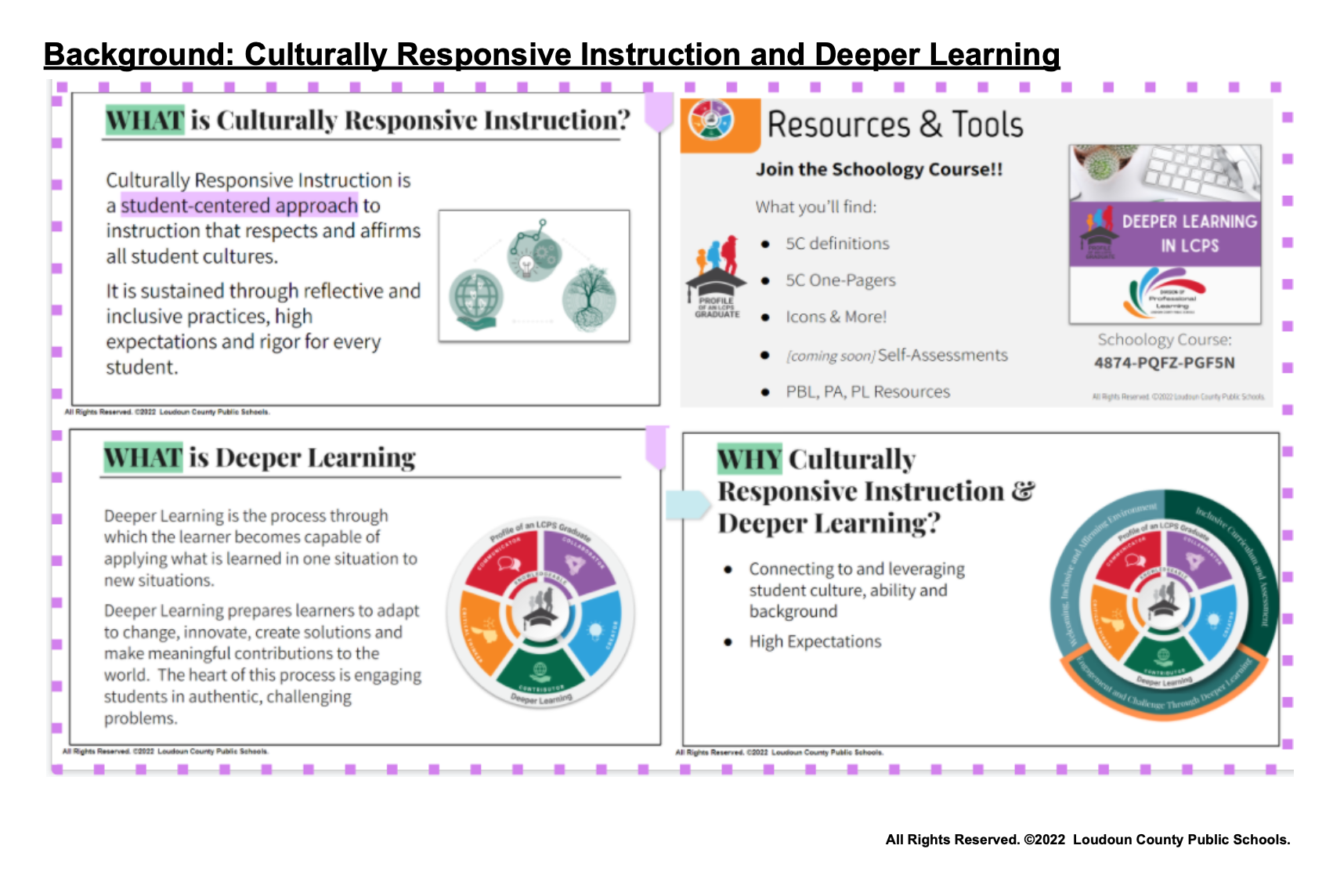 Loudoun parent Scott Mineo told the Daily Caller that he was disappointed that teachers were forced to undergo such training during a day of alleged “professional development.”

“When I think of ‘professional development,’ I think of training that would not only benefit the teachers but ultimately the students. How does a TedTalk video from a race hustler like Jamila Lyiscott and her views of white privilege in the classroom help prepare students for the future?” Mineo said. “This narrative is a joke and has got to be removed from all school systems and teacher ‘training.’”