Russia announced a list of demands it said Ukraine needed to meet in order for Moscow to end its invasion ahead of the third round of peace talks on Monday, Yahoo News reported.

The list provides that Ukraine must cease all military action, alter its constitution to enshrine its neutrality from Western pacts and NATO, recognize Crimea as part of Russia and recognize its two the separatist republics of Donetsk and Lugansk as independent, Yahoo News reported.

Kremlin spokesperson Dmitry Peskov said Russia would stop what Russia has called a “special military operation” in an instant if the conditions are met, Yahoo News reported. (RELATED: ‘Decisive, Overwhelming Force’: How China Will Learn From Russia’s Invasion) 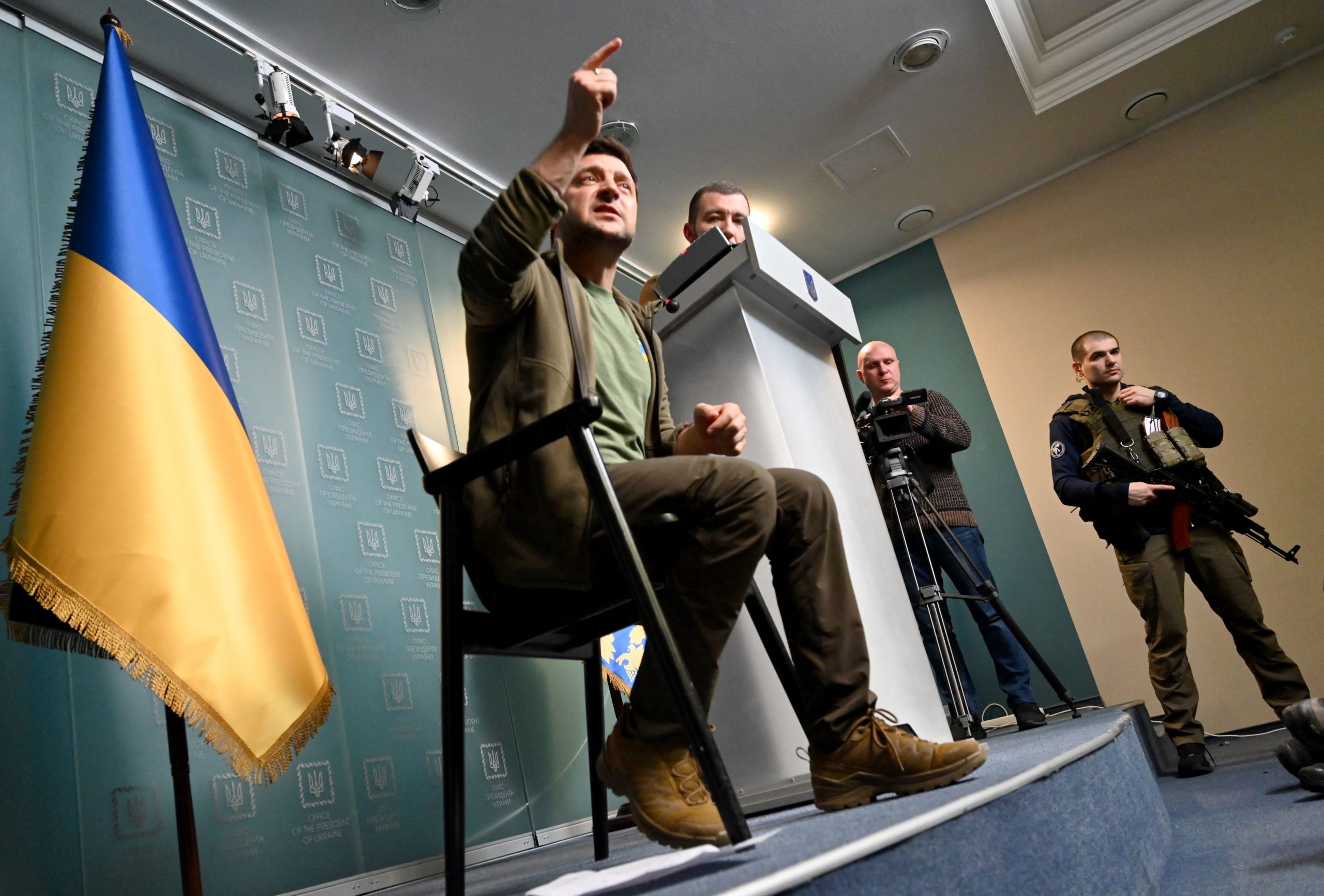 Ukrainian President Volodymyr Zelensky gestures as he speaks during a press conference in Kyiv on March 3, 2022. (Photo by SERGEI SUPINSKY/AFP via Getty Images)

Before it invaded, Russia demanded NATO rescind its promise to admit Ukraine as a member, which the organization flatly ruled out.

“We have also spoken about how they should recognise that Crimea is Russian territory and that they need to recognize that Donetsk and Lugansk are independent states. And that’s it. It will stop in a moment,” Peskov said, Yahoo News reported.

Peskov said Russia was not seeking further territorial gains and that the country was merely “finishing the demilitarisation of Ukraine,” even though Russian troops have yet to take Kyiv after 12 days of war and have reportedly faced heavy losses, Yahoo News reported.

“We will finish it. But the main thing is that Ukraine ceases its military action. They should stop their military action and then no one will shoot,” Peskov said, Yahoo News reported.