A Wisconsin school district told educators that parents are not “entitled to know their kids’ identities,” according to a training slide obtained by a conservative watchdog group.

The Eau Claire Area School District (ECASD) held an Equity, Diversity, and Inclusion professional development session on Feb. 25, which included a slide on safe spaces in the classroom, according to The Federalist.

“Remember, parents are not entitled to know their kids’ identities. That knowledge must be earned. Teachers are often straddling this complex situation,” the slide read. “In ECASD, our priority is supporting the student.” 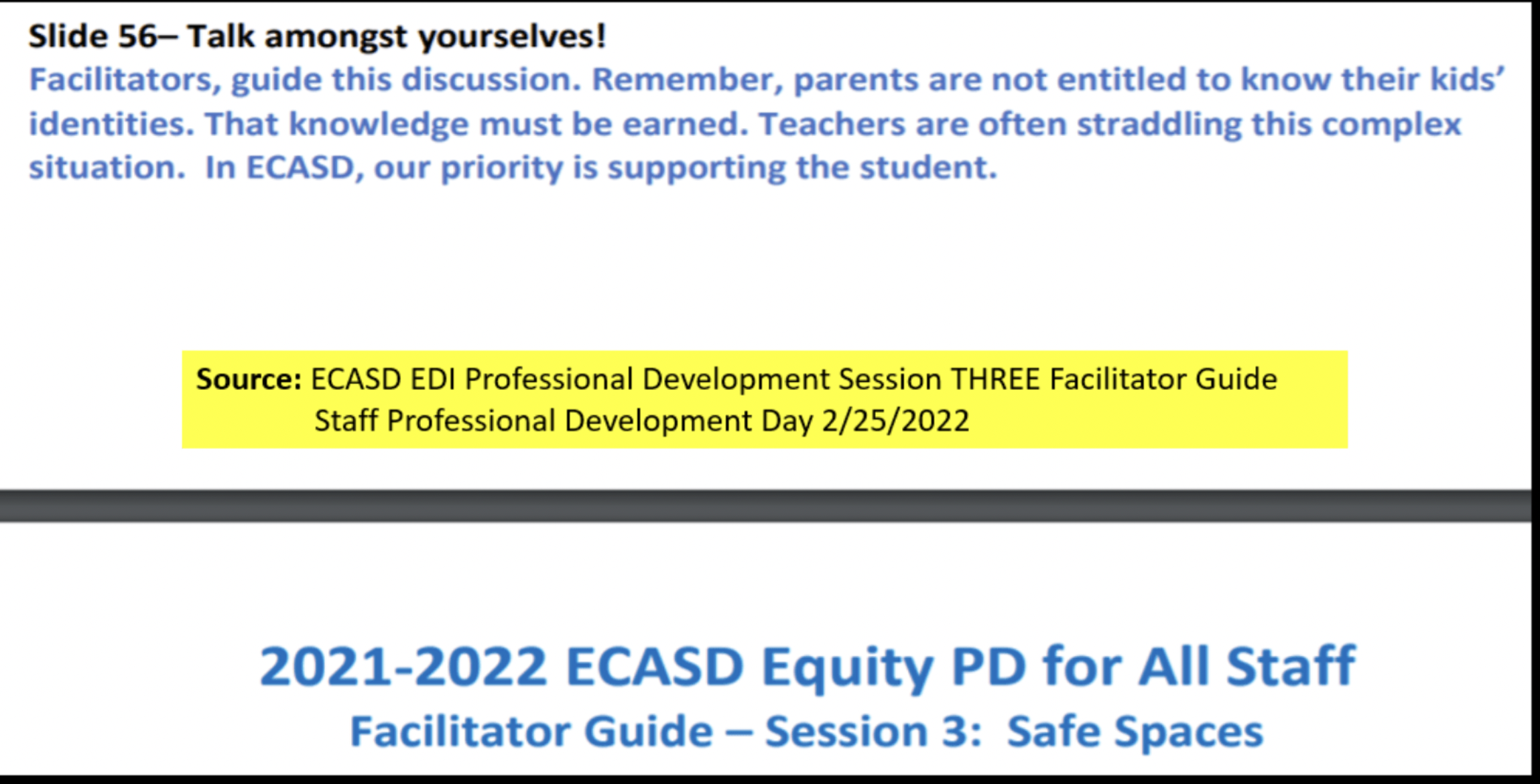 Superintendent Michael Johnson told the Daily Caller he had “no comment.” Johnson doubled down on the beliefs stated in the PowerPoint slide in a statement to Empower Wisconsin, the group that first obtained the slide.

“Our staff often find themselves in positions of trust with our students. The staff development presentation shared extensive data and information to assist our staff members in our ongoing efforts to create a safe and supportive learning environment for all students,” Johnson said. “The ECASD prides itself on being a school district that makes all feel welcome and safe in our schools.”

A separate school district in Wisconsin is embroiled in legal disputes over similar policies of affirming a child’s alleged gender without the approval or consent of their parents. The Kettle Moraine School District was sued for an alleged policy “allowing minor students to socially transition to a different gender identity at school without parental consent.” (RELATED: Parents Sue Wisconsin School District For Letting Girl ‘Socially Transition To A Different Gender’ Against Their Wishes)

Litigation was filed by the parents of a 12-year-old girl who informed the Kettle Moraine Middle School principal and guidance counselor that they did not wish to have their daughter socially transition. Their wishes were reportedly ignored, according to the complaint.