The United States government tried to partner with China’s Wuhan Institute of Virology (WIV) in 2017 for research projects including partnering on “pandemic preparedness,” but later seemed reluctant and backed out, newly released documents appear to show.

An email with the subject line “Global Virome Project (GVP) Provides China a Platform for International Collaboration” sent in 2017 details how the U.S. and China would collaborate on the project. The email was obtained as part of a 92-page Freedom of Information Act lawsuit against the National Institutes of Health (NIH), conducted by the conservative watchdog group Judicial Watch.

“It will be important for the [United States Government] to remain actively engaged in significant ways with the GVP, to ensure that U.S. interests are adequately reflected in this effort, which will facilitate the development of countermeasures against future threats (pandemic preparedness), and enable rapid detection of viral threats and increase the capacity to handle them,” the email reads.

The purpose of the GVP was to, over the course of 10 years, “sample 63% of global mammalian diversity to find 71% of mammalian viruses,” an email reads. “Such research could accelerate the development of new diagnostics, vaccine technologies, and risk mitigation strategies against whole families of emerging viral diseases.” (RELATED: NIH Admits It Funded Gain Of Function Research On Chinese Bat Coronaviruses) 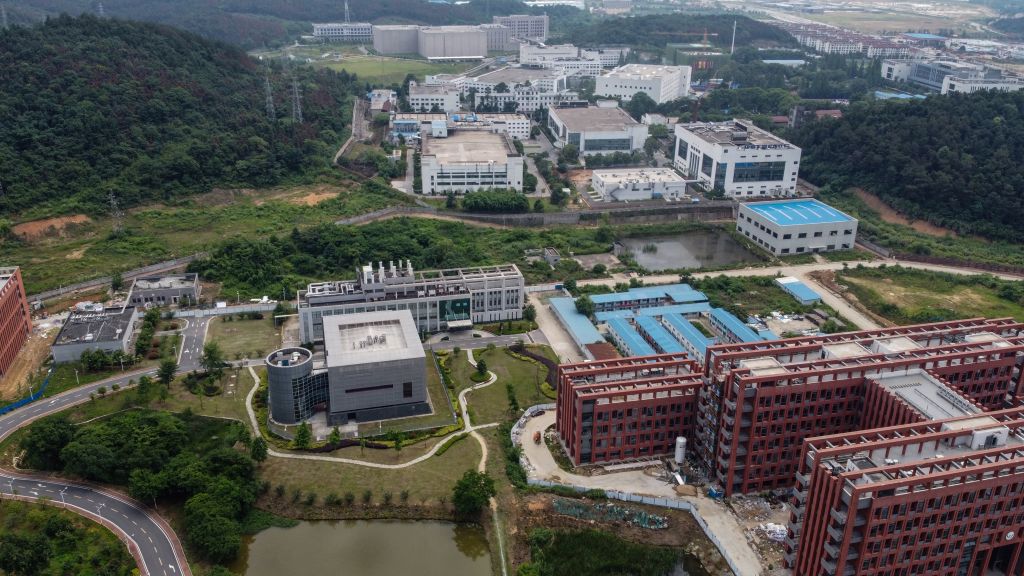 This aerial view shows the P4 laboratory (centre L) on the campus of the Wuhan Institute of Virology in Wuhan in China’s central Hubei province on May 27, 2020. – (Photo by HECTOR RETAMAL/AFP via Getty Images)

An email summary that appears to be from April 2018 reads, “NIH was a major funder, along with China’s national Science Foundation, of SARS research by the Wuhan Institute of Virology’s [redacted.] This lends weight to the theory that SARS originated in bat populations before jumping first to civet cats (likely via bat feces), and then to humans.”

Another email from April 2018 explains how WIV researchers and scientists were being trained by U.S. scientists.

“In addition to French assistance, experts from the NIH-supported P4 lab at the University of Texas Medical Branch in Galveston have trained Wuhan lab technicians in lab management and maintenance, institute officials said. The Wuhan institute plans to invite scientists from the Galveston lab to do research in Wuhan’s lab.”

The email notes how one WIV researcher trained for two years at the Galveston lab while another scientist was sent to the CDC headquarters in Atlanta for six months to “work on influenza.”

The emails also mention how Li Hongying, “with the EcoHealth Alliance (a New York City-based NGO that is working with the University of California, Davis to manage the PREDICT project), recently planned to visit Wuhan to meet with Shi [Zhengli].”

The letter asked EcoHealth Alliance to provide transparency about their work with the WIV.

Things appeared to turn sour, however, with a January 2020 email headline from Ping Chen to NIH personnel noting “PRC Response to Pneumonia Cases Shows Increased Transparency Over Past Outbreaks, but Gaps in Epidemiological Data Remain.”

The email notes how the U.S. Embassy in Beijing was “reporting on the pneumonia outbreak in Wuhan, China” but “ruled out SARS, MERS, and flu” and “confirmed it is [a] viral infection.”

A second email notes how a “lack of epidiomelogical data – including an ‘epidemic curve’ (a summary of dates of onset of the illness), characteristics of infected individuals, and other basic epidemiological information – hinders better risk assessment and response by public health officials. Authorities have not released information on how they are defining a ‘case.'”

“Given these gaps in detailed information to-date, and lack of a final confirmed pathogen, the risk to the United States and global health is difficult to assess at this time,” the email continued.

A recent report from the National Intelligence Agency said the agency “[judged] the virus was not developed as a biological weapon.”

“Most agencies also assess with low confidence that SARS-CoV-2 probably was not genetically engineered; however, two agencies believe there was not sufficient evidence to make an assessment either way,” the report continued.

The report then notes that the intelligence community “remains divided on the most likely origin of COVID-19” and the two plausible hypotheses are either “natural exposure to an infected animal” or “a laboratory-associated incident.”

The Daily Caller has reached out to the NIH and State Department but did not receive a response at the time of publication.