Ukraine warned Wednesday that Chernobyl, which is now controlled by Russian forces, has lost power, risking the cooling of the radioactive material stored at the nuclear plant and radioactive leakage.

The facility lacks electricity because a power line has been cut, the Ukrainian government said, risking overheating the 20,000 radioactive spent-fuel assemblies stored inside if the coolant evaporates.

“After that evaporation will occur, that will lead to nuclear discharge,” the Ukrainian government said. “The wind can transfer the radioactive cloud to other regions of Ukraine, Belarus, Russia and Europe.” (RELATED: Putin Takes Aim At Key Commodity, Raw Material Exports On The Heels Of Biden’s Russian Oil Ban) 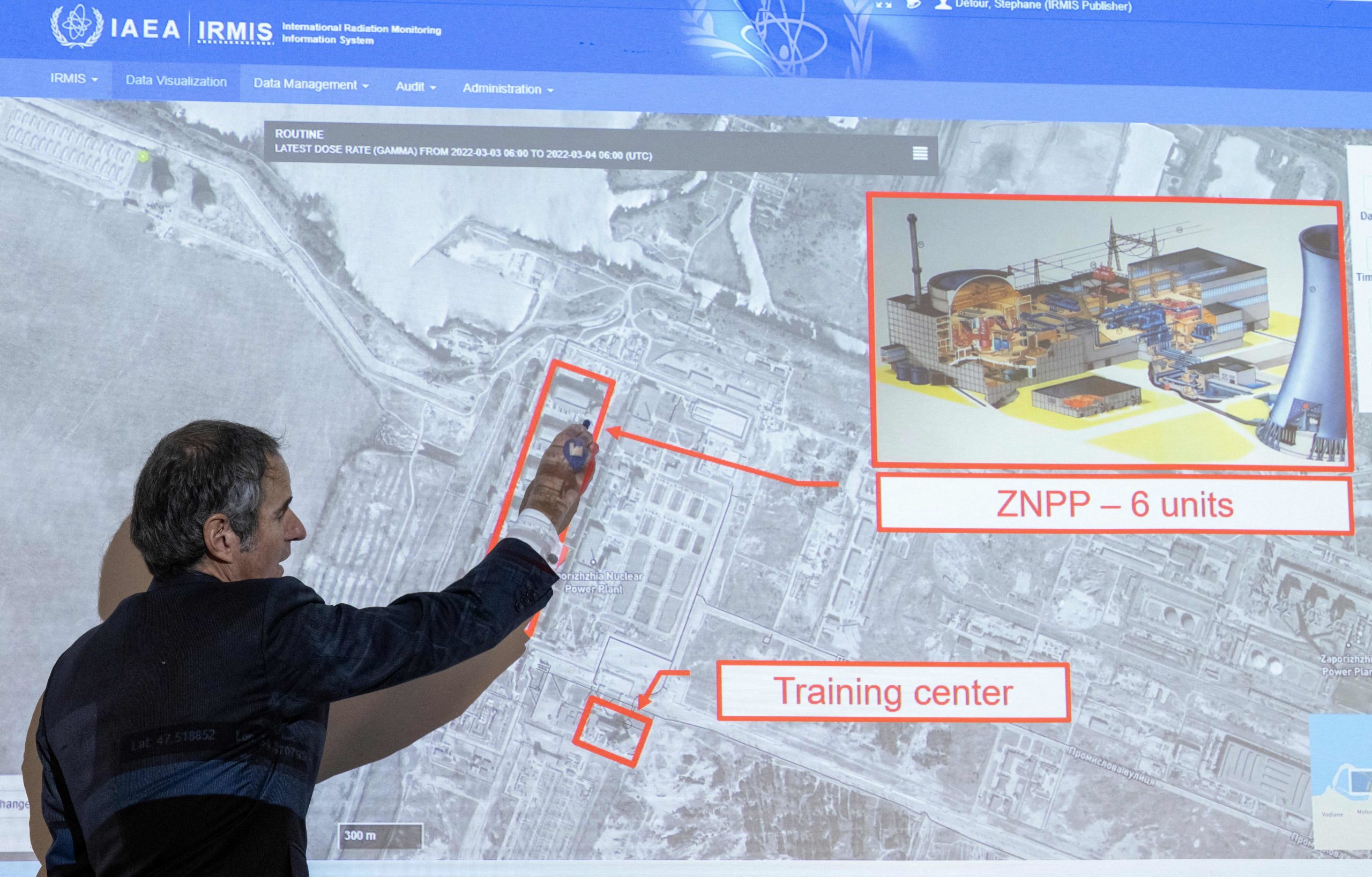 Rafael Grossi, Director General of the International Atomic Energy Agency (IAEA), points on a map of the Ukrainian Zaporizhzhia power plant as he informs the press about the situation of nuclear powerplants in Ukraine during a special press conference at the IAEA headquarters in Vienna, Austria on March 4, 2022. (Photo by JOE KLAMAR/AFP via Getty Images)

Rafael Mariano Grossi, director general of the International Atomic Energy Agency, tweeted Wednesday he saw no “critical impact on safety,” as the available cooling was sufficient to control the heat. The IAEA announced it had stopped receiving data transmissions from its systems at Chernobyl on Tuesday.

If radiation leaks were to occur, “wind can transfer the radioactive cloud to other regions of Ukraine, Belarus, Russia and Europe,” the Ukrainian government said. “People at Chernobyl are at risk of receiving a dangerous dose of radiation.”

Russian forces captured the nuclear plant on Feb. 24, the first day of their invasion of Ukraine. Amid the fight for control of the facility, Ukrainian President Volodymyr Zelenskyy tweeted that “our defenders are giving their lives so that the tragedy of 1986 will not be repeated.”

After it was taken, Ukrainian presidential office Mykhailo Podolyak said it was “impossible” to know if the plant was safe. Fighting around Chernobyl has made it impossible for repairs to be made.