A group of House and Senate Democrats introduced legislation Thursday that would implement a new tax to prevent Big Oil corporations from “profiteering.”

The effort, led by Rhode Island Sen. Sheldon Whitehouse and California Rep. Ro Khanna, would introduce the Big Oil Windfall Profits Tax to the U.S. tax code, according to the announcement. Whitehouse said the tax would ensure the world’s largest oil companies don’t take advantage of the ongoing Ukraine crisis to boost gas prices and rake in greater profits, adding that American consumers have “seen this script before.”

“We cannot allow the fossil fuel industry to once again collect a massive windfall by taking advantage of an international crisis,” Whitehouse said in a statement. “I propose sending Big Oil’s big windfall back to the hardworking people who paid for it at the gas pump.”

Under the legislation, oil companies that produce or import at least 300,000 barrels of oil per day will be hit with a tax worth 50% of the difference between the current cost of oil and the average cost between 2015-2019. Smaller oil companies, which account for the majority of domestic energy production, would be exempt from the tax, according to the announcement. 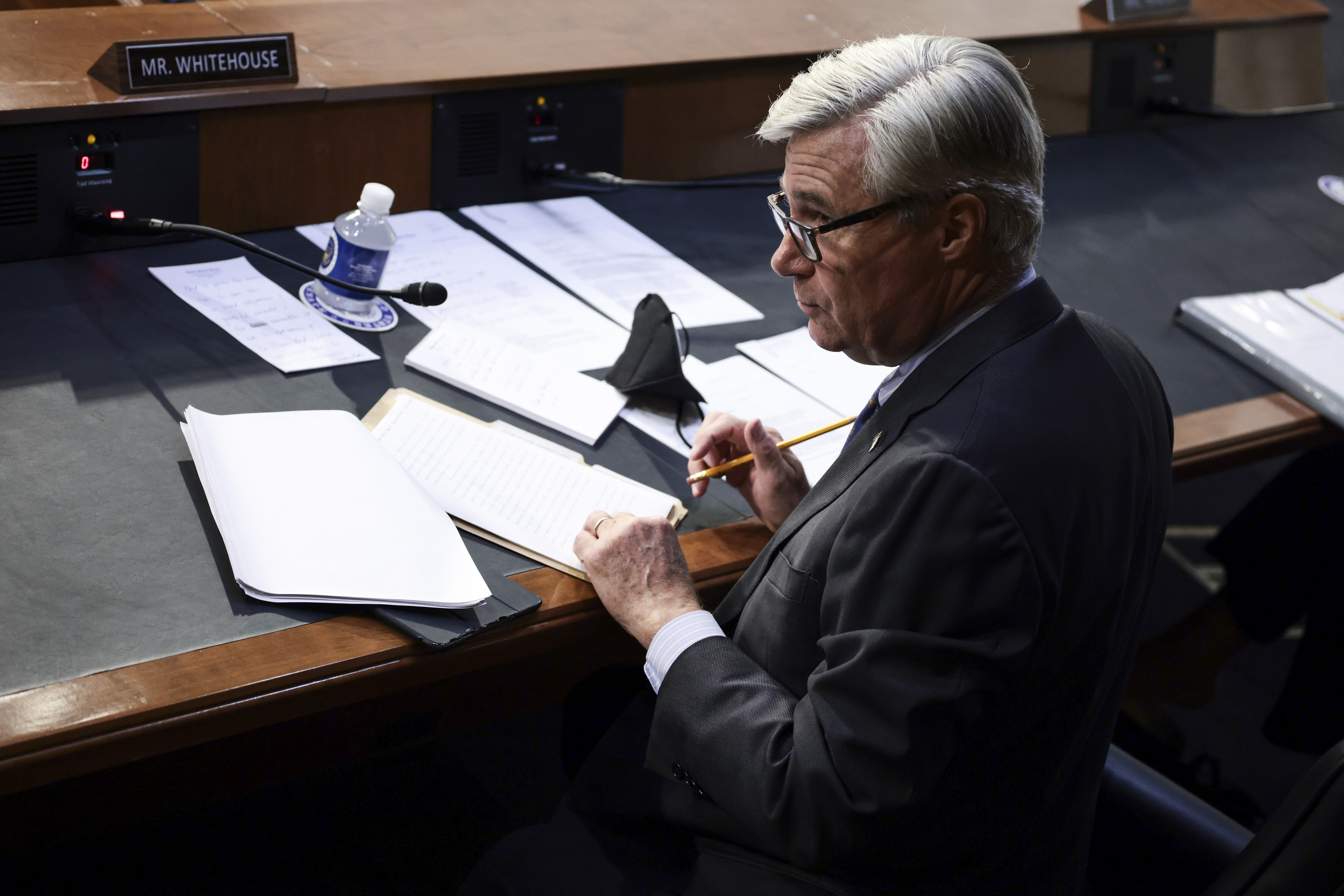 There would be a phase out for single filers earning more than $75,000 per year as well as $150,000 for joint filers, the announcement said.

Overall, Democrats projected the bill to generate $45 billion per year if the price of oil stayed at $120 per barrel. (RELATED: ANALYSIS: White House Keeps Misleading Public On Oil, Gas Leasing. Here Are The Facts)

However, the U.S. oil benchmark declined to $105.89 per barrel on Thursday. Still, Russia’s invasion of Ukraine has caused uncertainty in global energy markets, leading to higher oil and gasoline prices.

On Monday, the average cost of gasoline nationwide surpassed $4.104 per gallon, breaking the all-time record. Gas prices have continued to surge, hitting $4.32 per gallon on Thursday, up nearly 54% year-over-year.

“As Russia’s invasion of Ukraine sends gas prices soaring, fossil fuel companies are raking in record profits,” Khanna said in a statement. “These companies have made billions and used the profits to enrich their own shareholders while average Americans are hurting at the pump.”

“I’m glad to introduce this legislation with Senator Whitehouse that will provide an incentive to cap gas prices and put money back in the pockets of consumers,” he added.

Whitehouse, Khanna and the White House didn’t immediately respond to a request for comment.