The Daily Caller first obtained the legislation, which is titled the Every Town a Border Town Act. Currently, MS-13 is designated as a Transnational Criminal Organization (TCO), which focuses on its illegal business ventures. This legislation would designate the gang as an FTO, which would give the federal government a broader range of options to prosecute not just financial crimes but also physical violence.

Good and his cosponsors believe MS-13 poses a threat to the safety and security of U.S. citizens and the national security of the country and should be designated as an FTO. The legislation comes after an MS-13 gang member was found guilty in February of killing a teenager in 2017 in Lynchburg, Virginia.

Designating MS-13 as an FTO would put sanctions on members and their families, put in place travel restrictions to remove them from the U.S. and increase penalties for U.S. citizens who help them financially. (RELATED: We Went On A Covert Hunt For MS-13 In America. Here’s What We Saw)

“The Biden Administration’s anti-American immigration policies have failed to prioritize the safety and security of the American people, favored illegal aliens, and created an out-of-control border crisis. This President’s open border policies have allowed MS-13 to infiltrate cities around the United States infecting American communities with violence and drugs,” Good told the Daily Caller.

“We must enhance the safety of the American people by providing federal law enforcement with all the tools they need to stop these criminal gangs from terrorizing us and effectively making every town a border town,” Good added. (RELATED: Florida Democrats Rail Against Biden’s Plan For Colombia Terrorist Organization) 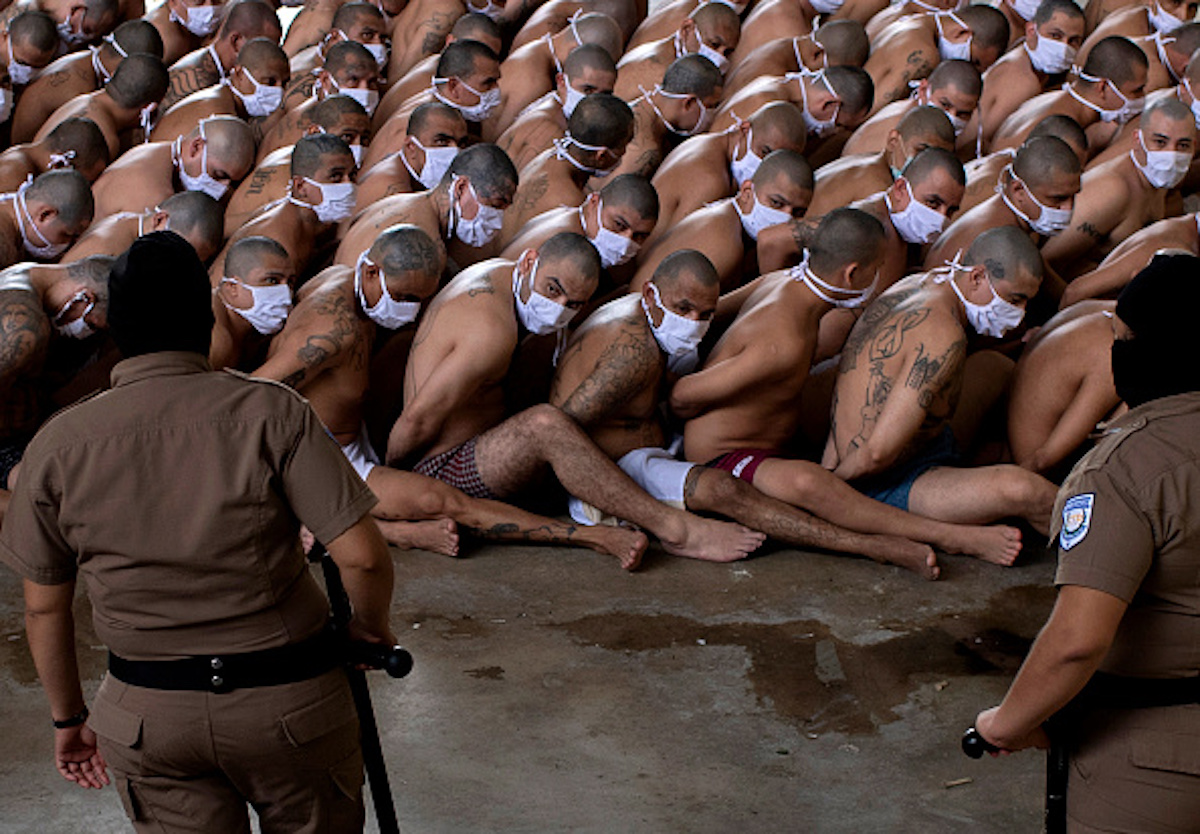 Members of the “Mara 18” and “MS-13” gangs are seen in custody of guards at a maximum security prison in Izalco, Sonsonate, El Salvador on September 4, 2020, amid the new coronavirus pandemic. (Photo by YURI CORTEZ/AFP via Getty Images)