The Biden administration has forged ahead in negotiations over Iran’s nuclear program despite reports that the country’s top leaders have ordered the assassinations of John Bolton and Mike Pompeo.

Both Pompeo and Bolton have had their Secret Service protections extended by Congress over the threats, despite their returns to private life. Agents in marked vehicles were seen by neighbors outside of Bolton’s suburban Maryland home in late January. Prosecutors reportedly have enough evidence to bring charges against conspirators, but no arrests have been made. 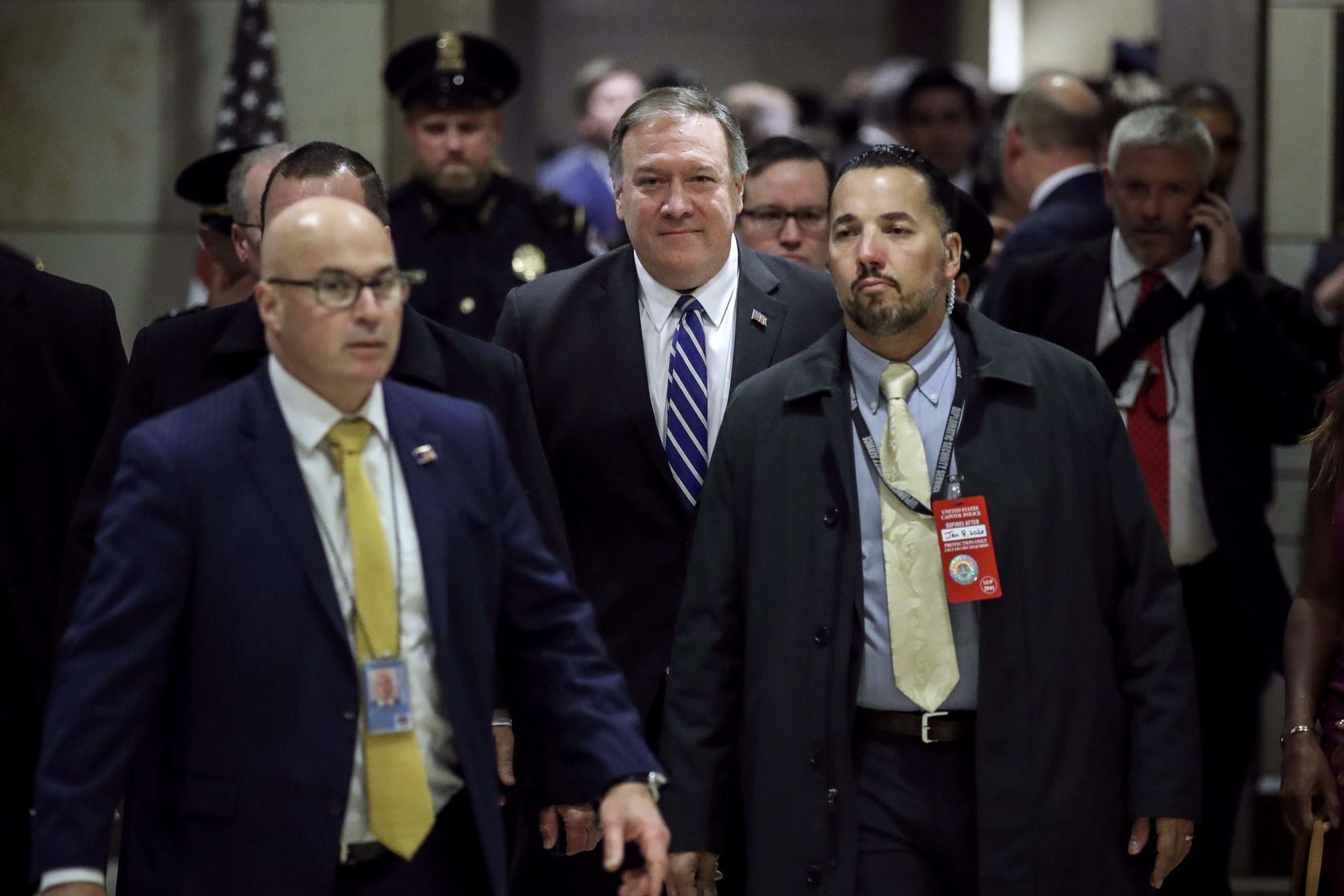 WASHINGTON, DC JANUARY 8: U.S. Secretary of State Mike Pompeo departs from a briefing for members of the U.S. House of Representatives about the situation with Iran, at the U.S. Capitol on January 8, 2020 in Washington, DC. Members of the House and the Senate are expected to be briefed by Secretary Pompeo, Secretary of Defense Mark Esper, Chair of the Joint Chiefs of Staff Mark Milley, CIA Director Gina Haspel and Acting Director of National Intelligence Joseph Maguire. In response to the U.S. killing of Iranian General Qasem Soleimani, Iranian forces launched more than a dozen ballistic missiles against two military bases in Iraq early Wednesday local time. (Photo by Drew Angerer/Getty Images)

National security adviser Jake Sullivan threatened Iran with “severe consequences” in January, referencing “terror operations inside the U.S. and elsewhere around the world” against “those serving the U.S. now and those who formerly served.”

Despite the threats, administration negotiators, led by Chief Envoy Rob Malley, have reportedly offered the regime, including President Ebrahim Raisi and Khamenei himself, wide-ranging sanctions relief as part of a renegotiated nuclear agreement. As part of negotiations, which the Biden administration restarted in Vienna in June 2021, the U.S. waived some restrictions on Iran’s nuclear program, which the country claims is for civilian use only.

In addition to reinstating nuclear sanctions, the Trump administration introduced terror and human rights sanctions against top Iranian officials, including leaders of its military, the Islamic Revolutionary Guard Corps (IRGC). The IRGC has carried out numerous terrorist attacks, including against Americans. The Biden administration is prepared to withdraw those sanctions as well. (RELATED: Republicans Blast Biden Administration For ‘Giving The Store Away’ To Iran In Sanctions Negotiations)

The State Department has previously declined to comment on a potential deal, with a spokesperson saying that it would not “negotiate in public.”

The Biden administration is required to submit any agreement with Iran to Congress, which can pass a measure of disapproval blocking the U.S. from entering into it. However, unlike a treaty, which passes if two-thirds of the Senate votes in favor, Biden can veto the measure of disapproval. Republicans are uniformly expected to oppose any agreement the Biden administration enters into, just as they did in 2015. Then, four Democrats, including now-Majority Leader Chuck Schumer, voted with all 54 Republicans against the agreement. Those 58 votes were not enough to overcome a filibuster.

Democrats will not unanimously support the new Iran Deal, although they will likely vote in favor in numbers high enough to sustain a presidential veto of the measure of disapproval. Twelve House Democrats informed the Biden administration on Thursday that it will be “hard [for them] to envision supporting an agreement along the lines being publicly discussed.”

“We are highly concerned about reports indicating the potential lifting of the Foreign Terrorist Organization (FTO) designation of the Islamic Revolutionary Guard Corps (IRGC) and of the sanctions placed on members of the office of the Supreme Leader,” they wrote in a letter, first obtained by Jewish Insider, to Biden and Secretary of State Antony Blinken.