A Ukrainian family that fled after the Russian invasion of their home country was turned away at the U.S.-Mexico border on Wednesday by U.S. border officials, The San Diego Union-Tribune reported.

The 34-year-old mother, identified as Sofiia, and her three children drove from Ukraine to Romania before flying to Mexico, the Union-Tribune reported. They reportedly intended to be picked up and driven across the border by a relative living in Los Angeles.

Ukrainians currently in the U.S. have been given “temporary protected status,” but those outside the country have not, a fact which Sofiia only learned about upon reaching the border, the Union-Tribune reported. After they attempted to seek asylum, they were reportedly told to turn the car around by a U.S. Customs and Border Protection (CBP) officer. 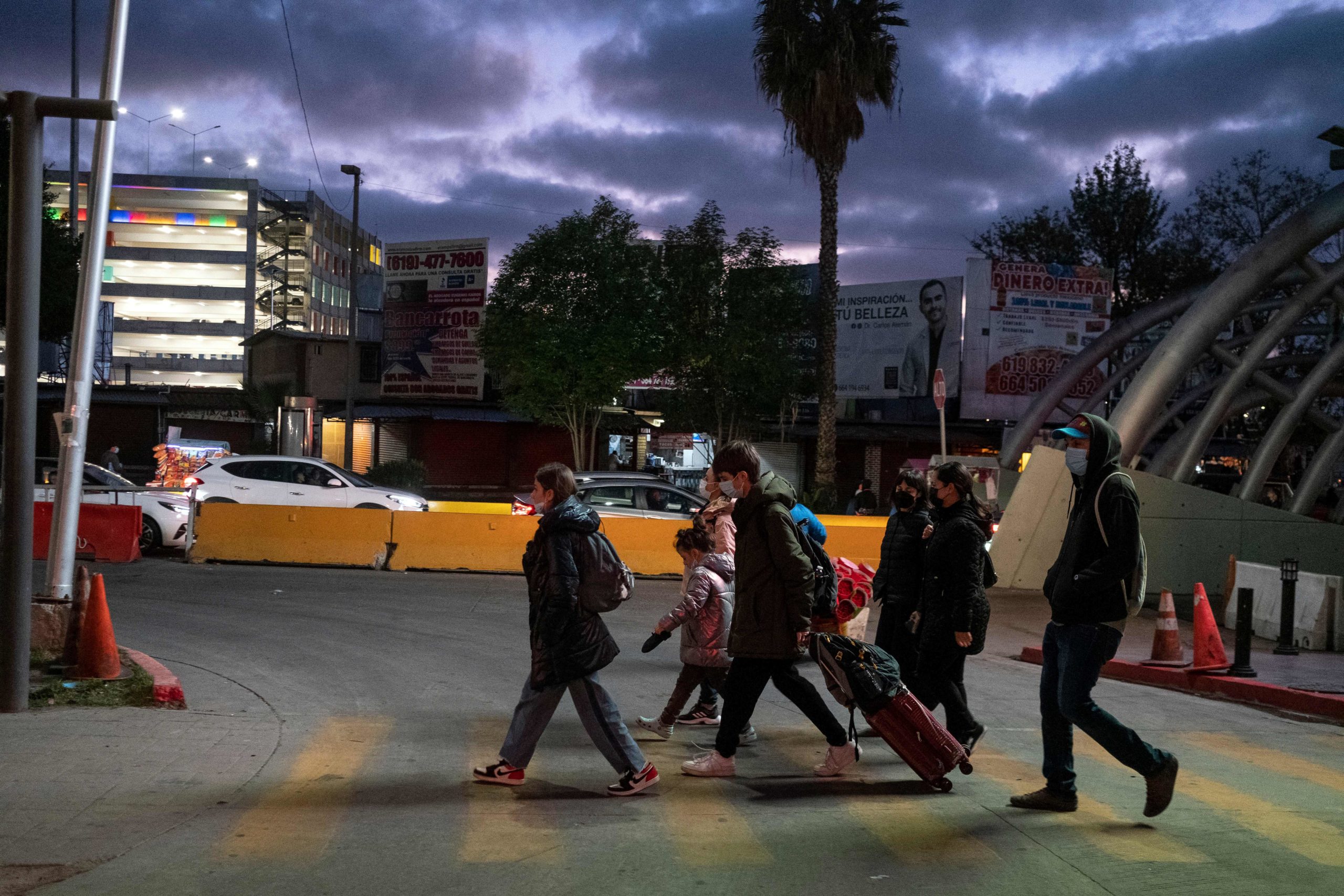 Ukrainian citizens walk along with advocates on the Mexican side of the border after being rejected from entering the United States under Title 42 by Customs and Border Protection authorities, at the San Ysidro crossing port, in Tijuana, Baja California state, Mexico, on March 9, 2022. (Photo by GUILLERMO ARIAS/AFP via Getty Images)

“I’m not asking for anything from the United States, just to be let in,” Sofiia said, the Union-Tribune reported. “All we need is to be safe. All we want is to keep our lives safe.”

Sofiia later attempted to seek asylum on foot but was again denied entry, the Union-Tribune reported. A group of immigration attorneys on the Mexican side of the border discovered her contacting CBP agents and sharing her story on social media, but CBP would not let her step on U.S. soil, according to the Union-Tribune. (RELATED: Pence Meets With Ukrainian Refugees At Border Amid Harris’s Trip To Poland)

“We left our lives, our jobs, our families and houses in Ukraine just to escape from this horrible war,” she told the Union-Tribune. “All my friends and family are far, far away from me, and I don’t know if they will be alive tomorrow. I just want to keep my kids’ lives safe.”

A CBP spokesperson told the Union-Tribune that the agency is “looking into the situation.”