Biden said “I will welcome Ukrainian refugees, we should welcome them here with open arms if they need access,” during a press conference about additional measures taken to hold Russia accountable for its war on Ukraine. He also noted that the U.S. has provided $107 million of humanitarian assistance to Ukraine in the past two weeks, and that Congress passed an additional $13.6 billion “in new assistance to the Ukrainian people.”

The Department of Homeland Security announced March 3 that Ukrainian nationals residing in the U.S. since March 1 will get Temporary Protected Status for 18 months. However, new refugees will be “consider[ed]” by the U.S., not welcomed with “open arms,” a State Department spokesperson told the Daily Caller.

“We expect most displaced Ukrainian citizens will want to stay in neighboring countries or elsewhere in the EU where they can travel visa-free, where they may have family, and where there are large diaspora communities, in the hope they can return home soon,” a State Department spokesperson said in a statement. 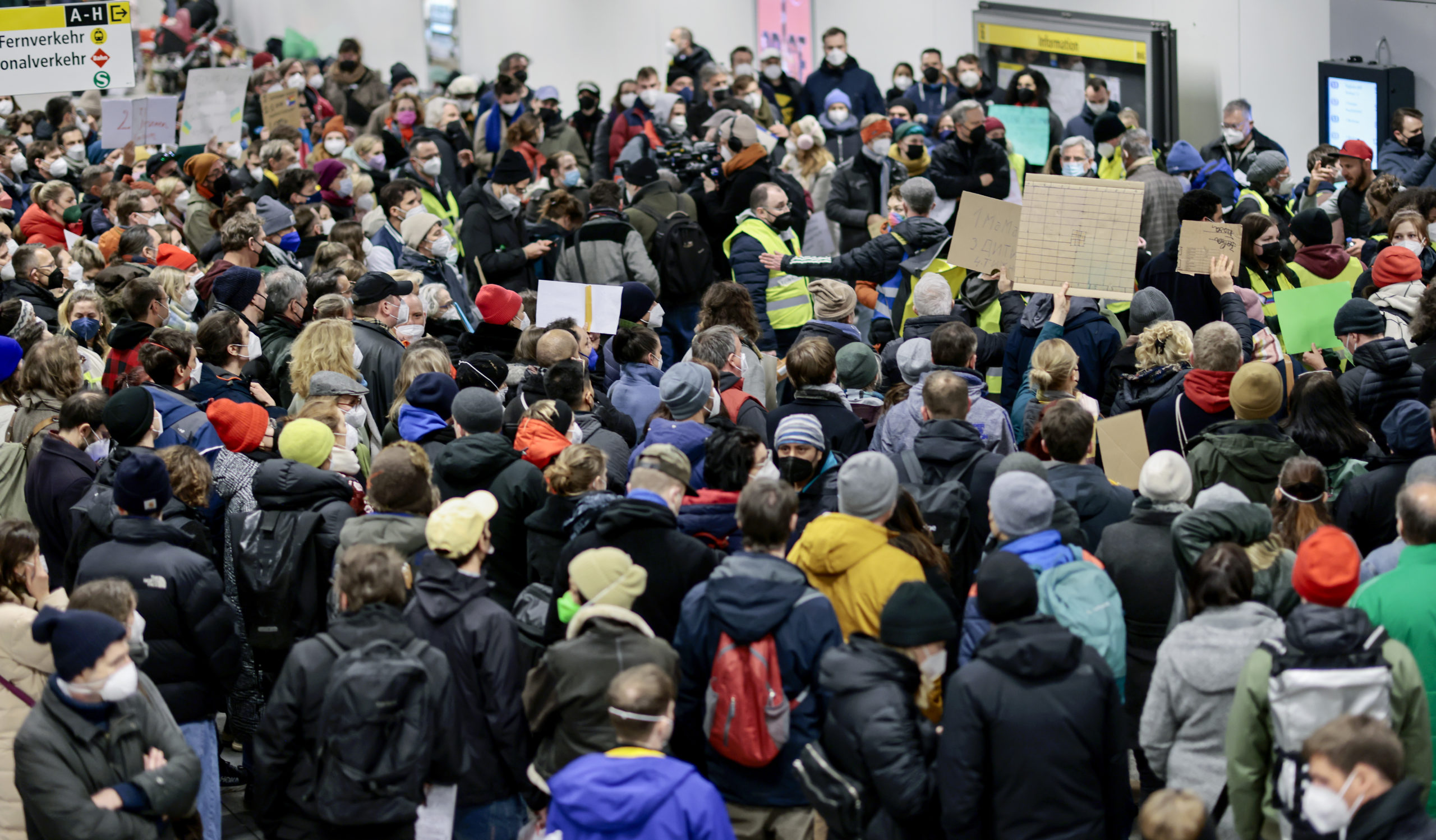 BERLIN, GERMANY – MARCH 02: People fleeing war-torn Ukraine get food, clothing and toiletries at Hauptbahnhof main railway station on March 2, 2022, in Berlin, Germany. Hundreds of thousands of people, mainly Ukrainian women and children as well as foreigners living or working in Ukraine, have fled the country as the current Russian military invasion continues to inflict growing casualties on the civilian population. (Photo by Hannibal Hanschke/Getty Images)

Psaki also seemingly disagreed with Biden’s comment, noting that at present, the U.S. is focusing its efforts by providing aid to countries accepting Ukrainian refugees, but is not accepting them into the country.

“The vast, vast, vast majority of refugees, we believe, will want to stay in neighboring countries in Europe where many of them are — have family, many of them have worked, many of them have friends and others … That is why we are continuing to provide humanitarian assistance to neighboring countries who are providing — who are welcoming refugees from Ukraine, who are providing them the assistance they need in this moment of time.  And that’s where we feel our efforts are best focused,” Psaki said.

The White House did not respond to comment at the time of publication.