As they convene for their party’s yearly retreat, House Democrats are divided on a strategy for boosting flagging polls ahead of the midterm elections.

While left-wing members of the caucus want to continue pushing for the Build Back Better social spending package, moderates want to revamp their image out of concern that the party appears out of touch. The two sides are also divided on strategy, and have to contend with grassroots supporters who are squarely in the left-wing camp. Meanwhile, polling shows that Republicans are likely to take back the House of Representatives in November, with a good chance of picking up their largest majority in the lower chamber since before the Great Depression.

Key left-wing factions, most notably the Congressional Progressive Caucus (CPC) and Congressional Black Caucus, want the party to keep pushing for key components of Build Back Better, including a child tax credit and green energy subsidies. However, with centrist West Virginia Sen. Joe Manchin opposing the package, proponents have taken to renaming it, rather than changing the policy. President Joe Biden referred to the components as “building a better America” during his State of the Union address, while CPC chairwoman Pramila Jayapal called the package “that which shall not be named” during a Thursday press conference.

“It’s like Voldemort. We just don’t say those words. But we continue to work on the pieces of the legislation,” she added. 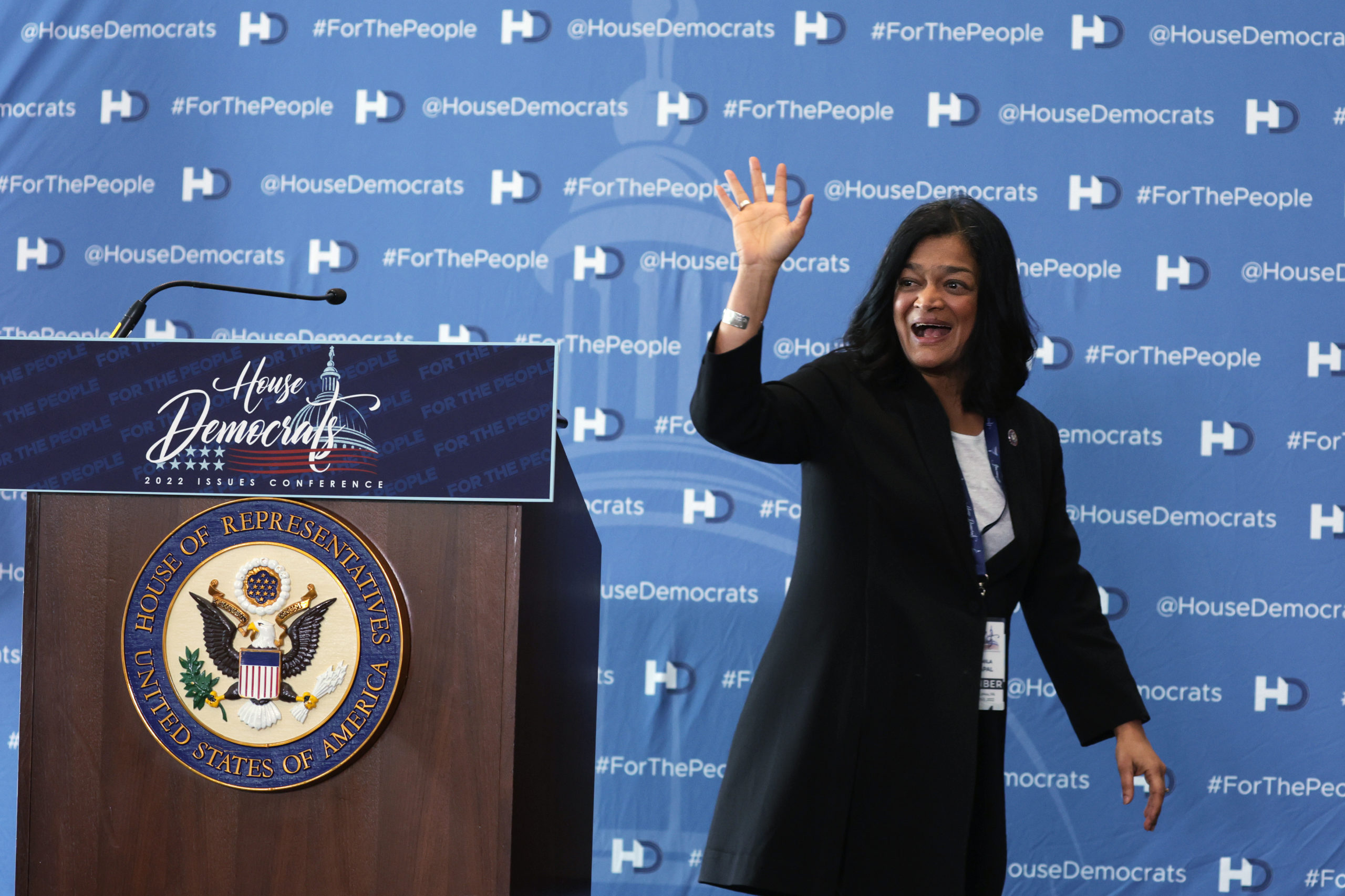 “I tend to remind people all the time, that before the 13th Amendment was passed, it was in the summer 1865, slaves were freed in 1863 by executive order. So executive orders do have the power. The Armed Services were integrated by Harry Truman by executive order,” Clyburn told Punchbowl News. (RELATED: ‘This Is Jim Crow 2.0’: Rep. Clyburn Slams Election Integrity Laws, Defends Biden’s Divisive Speech)

Left-wing grassroots activists want Biden and the Democrats to push green energy more aggressively, a shift that the Russian invasion of Ukraine has made more unlikely. Russia is the largest natural gas and third-largest oil exporter in the world. Biden and White House press secretary Jen Psaki have called out American energy companies for not ramping up production to replace Russian oil and gas imports, even as the administration’s energy policies have discouraged drilling.

Even as Biden has canceled the Keystone XL pipeline and other energy projects, activists have  “a lot of fear about our inability to pass climate policy at the federal level,” Varshini Prakash, the executive director of the Sunrise Movement, told The Washington Post.

“I’m really scared about it,” she added.

Other Democrats believe the party needs to pivot back to the center in an effort to change the perception that they are too far left and don’t share the concerns of most Americans. New Jersey Rep. Josh Gottheimer is urging his colleagues to work with Republicans to pass popular legislation.

“We should focus on commonsense, bipartisan action that can actually get done and bring folks together — like combating crime, turning the corner on COVID and cutting taxes and costs, including gas prices, groceries and prescription drugs,” Gottheimer, co-chairman of the Problem Solvers Caucus, told NBC.

Democratic Congressional Campaign Committee (DCCC) chairman Sean Patrick Maloney doesn’t believe that Congress needs to pass any new legislation. Democrats should promote the American Rescue Plan and the Infrastructure Investment and Jobs Act, he said, while acting like “real people” and not “sounding like a jerk.”

Instead, he told NBC, Democrats should show voters that they “care about them” and “share their values.” A recent series of DCCC polls and focus groups found that participants view elected Democrats as supportive of critical race theory, defunding police and open borders.

Independent polling has borne out Maloney and the DCCC’s concerns. Fifty-seven percent of registered voters disapprove of Biden’s performance, a Wall Street Journal poll of 1,500 people found. Democrats lost ground on typically winning issues like the COVID-19 pandemic and education, and Republicans gained on the economy and rising prices. Forty-six percent of respondents said they would vote for a Republican in the midterms, compared to 41% who said they would vote for a Democrat.

If Republicans gain 35 seats in the midterms, they will hold their largest margin in the House since 1931, when they held a 106 seat advantage. The Cook Political Report with Amy Walter has identified 70 competitive races, while 155 are likely to be safe for Democrats and 151 safe for Republicans. Four states — Florida, Louisiana, Missouri and New Hampshire — have not yet completed redistricting.