Former Defense Secretary Chuck Hagel said he believes the chaotic withdrawal from Afghanistan “could have been handled … a lot better” and noted many others were surprised by how the situation unfolded.

“They felt this administration, this president … this is the pro, I mean, how could this happen with Biden in charge?” said Hagel, referring to his conversations with ambassadors and former foreign and defense ministers, according to Politico.

“Well, it did happen, and not all of it was the administration’s fault but I think it could have been handled a lot, lot cleaner, and a lot better. And he suffered because of that,” Hagel added.

Hagel served as the Secretary of Defense from 2013 to 2015 under former President Barack Obama. He pointed out that after the chaotic withdrawal from Afghanistan, how Biden handles Russia’s continued aggression in Ukraine will be important towards “building back some confidence and trust.”

“I’ve been all over the world with him, many, many times. And he studied [geopolitics]. I mean, he really did study it,” Hagel, defending Biden’s history, reportedly said. (RELATED: ‘The Country Has Never Seen Stupidity Like This’: Trump Slams Biden Administration On Afghanistan Withdrawal)

Biden faced bipartisan criticism over the Afghanistan withdrawal in August 2021. During the withdrawal, a suicide bomber killed 13 U.S. troops and around 170 Afghanistan civilians, according to the Pentagon. 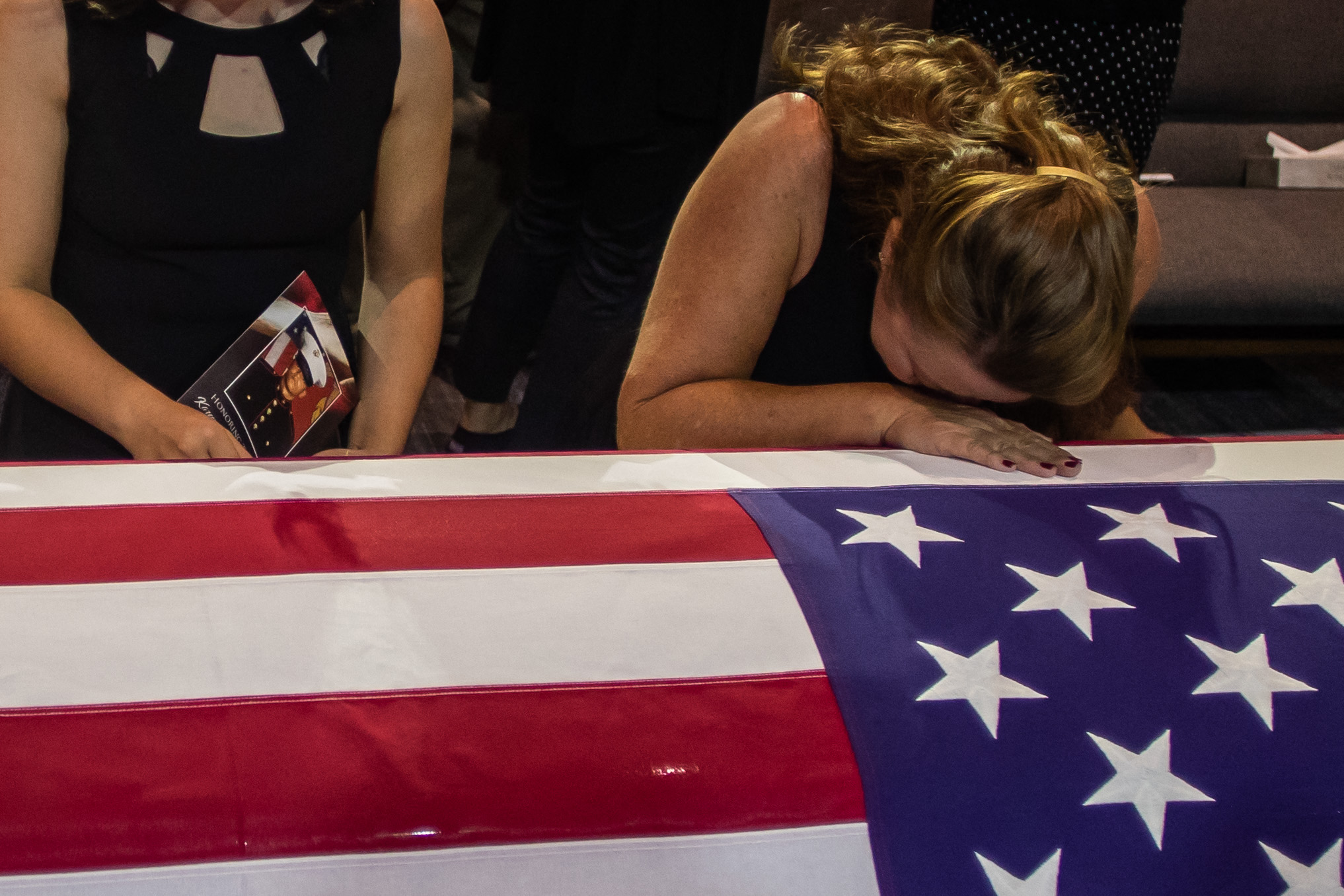 People pay their respects during the funeral of Marine Lance Cpt. Kareem Grant Nikoui at the Harvest Christian Fellowship on September 18, 2021 in Riverside, California. – Nikoui was one of 13 US service members killed in the suicide blast in Kabul during the evacuation of US citizens, and Afghan civilians on August 26. (Photo by Apu GOMES / AFP) (Photo by APU GOMES/AFP via Getty Images)

Though Biden had vowed to keep troops in Afghanistan until all American citizens got out, the president chose to stand by his withdrawal deadline and ultimately left people behind. The administration maintained its commitment towards helping facilitate departures for those still in Afghanistan after the deadline.

A Senate Foreign Relations Committee report released in February 2022 found that as many as 9,000 U.S. citizens were left by the Biden administration. Shortly after the withdrawal, Biden administration officials had claimed around 100-150 Americans were still in Afghanistan and wanted to leave.

A detailed Army investigative report later dove into the many issues that occurred throughout Biden’s withdrawal from Afghanistan, offering more insight than previously known into just how unprepared the administration appeared to be.

When pressed about the report during an interview with NBC News’ Lester Holt, the president declared he rejects the findings.