Dozens of House Democrats signed a letter to President Joe Biden on Monday, urging him to prioritize policies addressing climate change in the coming months.

The 89 Democrats — mainly members of climate-focused caucuses on the Hill — said the massive $555 billion of climate investments included in Biden’s House-approved spending bill should serve as a building block moving forward, according to the letter. The budget and its lofty climate provisions have stalled in the Senate after the House passed it in November and Democratic Sen. Joe Manchin subsequently vowed to vote against it.

“We still have more to achieve in accomplishing your vision for the next generation,” the Democratic lawmakers wrote Monday. “The more than $555 billion in climate investments in the House-passed Build Back Better Act can serve as the building block to restart negotiations.”

They added that the federal government must “take action” and “address the threat of climate change.” The Democrats also argued Biden’s “For The People” agenda would be a good starting point for climate policy. (RELATED: Nearly Two Dozen Democrats Demand Biden Keep Climate Funds In Build Back Better) 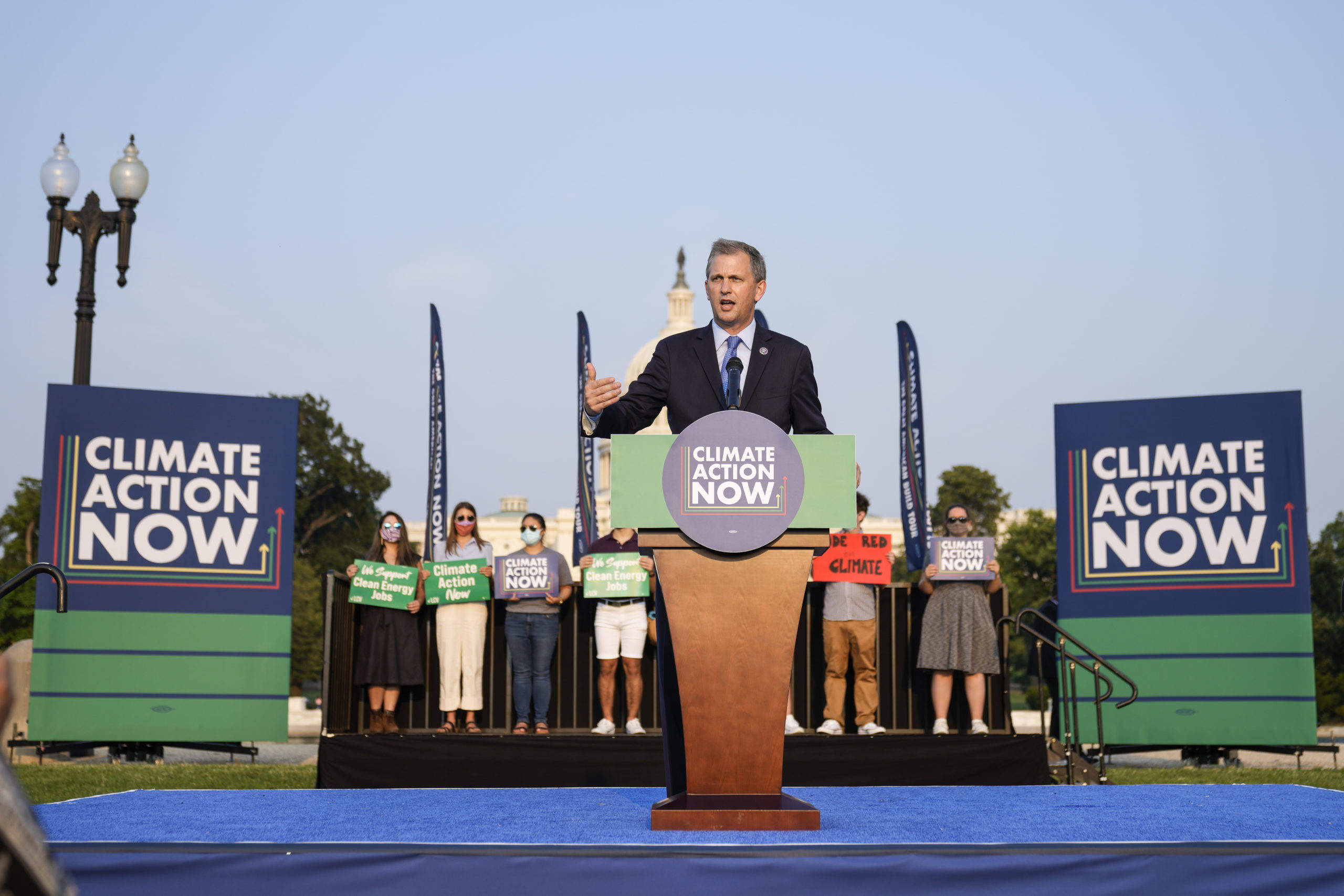 “We have a window for action and a moral obligation not to let it pass us by,” Illinois Rep. Sean Casten, a member of the Select Committee on the Climate Crisis who led the letter, said in a statement. “Every day we fail to reach an agreement on the baseline climate investments passed by the House is a day American families and businesses pay the price at the pumps and oil-rich autocrats profit.”

“We’re living through a code-red moment for the planet – this can’t wait any longer,” he added.

The letter cited a recent United Nations report that projected increased cataclysmic weather events over the next several decades if world governments didn’t combat climate change more aggressively. The report added that billions of people have already been harmed by human-caused climate change.

“In the midst of escalating wars caused by fossil fueled authoritarianism, it is clearer than ever that we need historic investments in clean energy now,” New York Rep. Jamaal Bowman, a leader of the Congressional Progressive Caucus, said in the statement. “I am honored to join my colleagues from across the caucus in urging the President to get us back to the table. Let’s get this done.”