A pregnant Ukrainian woman photographed on a stretcher following a blast at a maternity hospital has since died, the New York Post reported.

The unidentified woman, pictured on a stretcher outside a maternity hospital in Mariupol, Ukraine, has died, the New York Post reported. Rescuers carried the woman through rubble to get treatment for a crushed pelvis and detached hip, according to surgeon Timur Marin, the NYP reported.

Doctors tried to deliver the baby by way of cesarean section, but the child showed “no signs of life,” Marin said, the NYP reported. As of Monday, at least 2,500 have reportedly been killed in Mariupol as a result of the Russian attacks, according to officials. 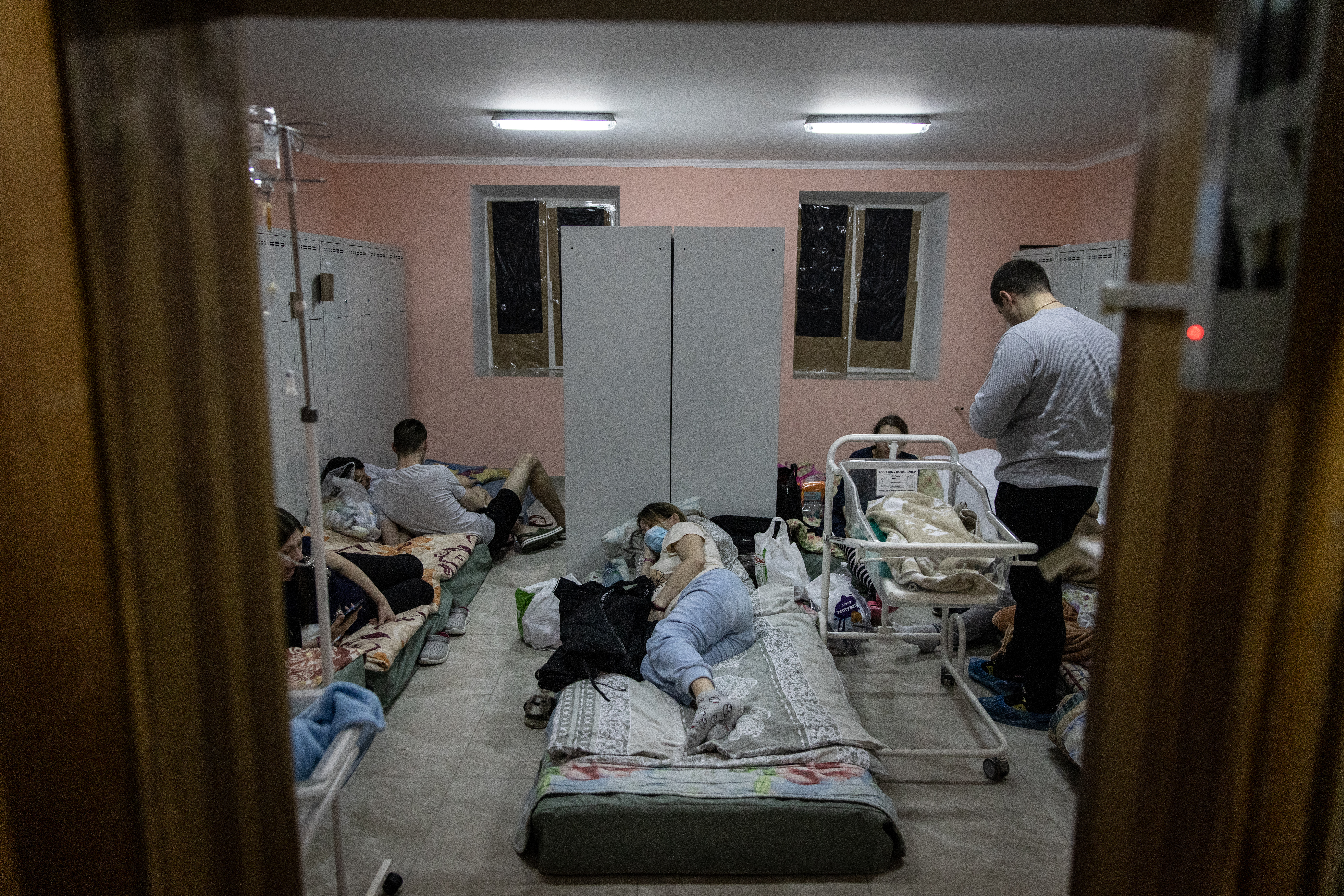 Women rest in the bomb shelter of a maternity hospital on March 02, 2022 in Kyiv, Ukraine. Russian forces continued their advance on the Ukrainian capital for the seventh day as the country’s invasion of its western neighbour goes on. Intense battles are also being waged over Ukraine’s other major cities. (Photo by Chris McGrath/Getty Images)

“Kill me now!” Marin said the woman cried upon realizing she would likely lose her unborn baby, the NYP reported. Doctors reportedly tried to resuscitate her for more than 30 minutes, but she was also unable to be saved.

Three people, including a young girl, have died as a result of the attack, but it isn’t clear if the mother and child were included in that figure, the NYP reported. (RELATED: ‘Show This To Putin’: Doctor Trying To Save 6-Year-Old Ukrainian Girl Appeals To Russian Leader’s Humanity)

“We were laying in wards when glasses, frames, windows and walls flew apart,” blogger Mariana Vishegirskaya said of the attack, the NYP reported. “We don’t know how it happened. We were in our wards and some had time to cover themselves, some didn’t.”