The Senate voted 61-36 to confirm Young to the position, making her the first Black woman to be confirmed to run the OMB. Biden originally picked Neera Tanden to run OMB; however, the nomination was withdrawn after she faced criticism for social media posts criticizing Republicans.

Unlike Tanden, Young’s confirmation sailed through as 14 Republicans ended up voting for her to oversee the OMB, joining with Democrats.

“The Senate has confirmed President Biden’s highly qualified nominee to serve as Director of the Office of Management and Budget: Shalanda Young,” Senate Majority Leader Chuck Schumer said on Twitter after the confirmation vote. “She is the first Black woman ever confirmed by the Senate to lead OMB.” (RELATED: GOP Rep. Spars With OMB Director On Biden Admin’s Obsession With ‘Birthing People’)

Here Are The Fourteen Republicans Who Voted To Confirm Young: 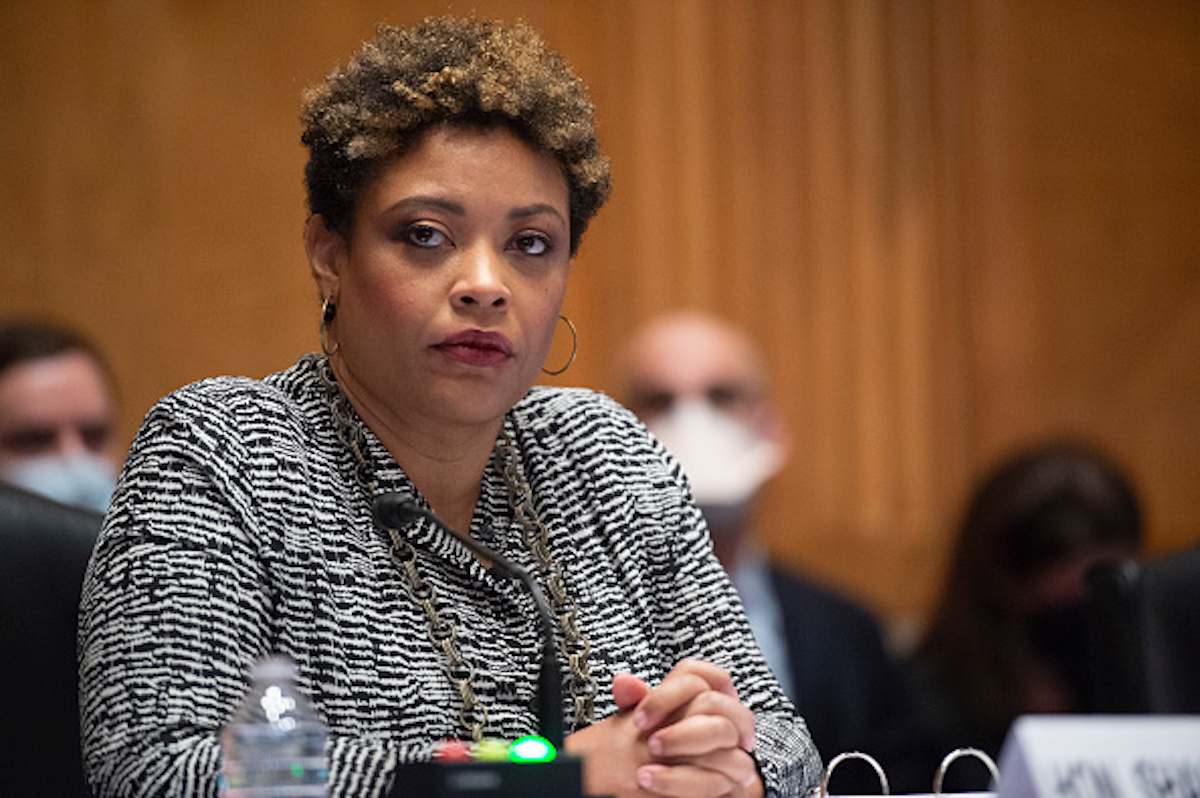 Shalanda D. Young listens during a Senate Homeland Security and Governmental Affairs Committee confirmation hearing examining her nomination to be Director of the Office of Management and Budget on February 1, 2022 at the US Capitol in Washington, DC. (Photo by Bonnie Cash-Pool/Getty Images)

“As evidenced by the strong bipartisan confirmation vote she received, Shalanda Young is well known to many of us due to her years of experience on the House Appropriations Committee staff, which is excellent preparation for her responsibilities as Director of the Office of Management and Budget. Shalanda is smart, fair, and knowledgeable. I look forward to working closely with her,” Collins said in a statement when asked by the Daily Caller about her vote. (RELATED: Shalanda Young Earns Republican Praise As Tanden’s Nomination Crashes)

Cramer also defended his vote, saying in a statement that Young is more than qualified for the position. (RELATED: Here Are The 17 Republicans Calling For More Foreign Workers With H-2B Seasonal Visas To Come To US)

“Ms. Young is eminently qualified for the job of Office of Management and Budget Director. Her deep understanding of the legislative process, impressive wit, and proven ability to build relationships will serve her well in this important role. I have appreciated her responsiveness in her role as Acting Director and I’m honored to support her promotion today. While we do not agree on everything, I look forward to working with her to deliver results for North Dakota,” Cramer said.