Every morning, over 150 people make their way to a school in a small town in central Ukraine to create camouflage nets for the Ukrainian army. Although the country is at war, people in the town want to help in any way they can, the director of the school told the Daily Caller in an interview.

The volunteers range from 10-year-old students to 85-year-old former doctors, and their tasks are divided in an assembly-line fashion. The net is fastened to the wall, and the volunteers sit in chairs and benches arranging, cutting and weaving fishing nets into the camouflage material.

“There is a former doctor, a gynecologist, who is 85-years-old and comes every single morning to work. She just arranges the materials for the nets since it’s difficult for her to stand, but she still comes every morning to help in any way to ensure [Ukraine’s] victory,” the school director said.

The idea to make the nets formed organically, she said. When the war broke out and the stores started running out of supplies, people got together to donate needed materials for the community like diapers, blankets, pillows, food and clothes. Then, someone suggested making the nets. (RELATED: EXCLUSIVE: Packed In ‘Like Cattle‘: 17-Year-Old Describes The Horrifying Journey Fleeing From The Russian War In Ukraine)

Over 80 nets have been created so far in the one school to cover tanks and other military equipment across Ukraine, the school director said.

Volunteers have come together to create nets in other cities as well, including in Lviv. 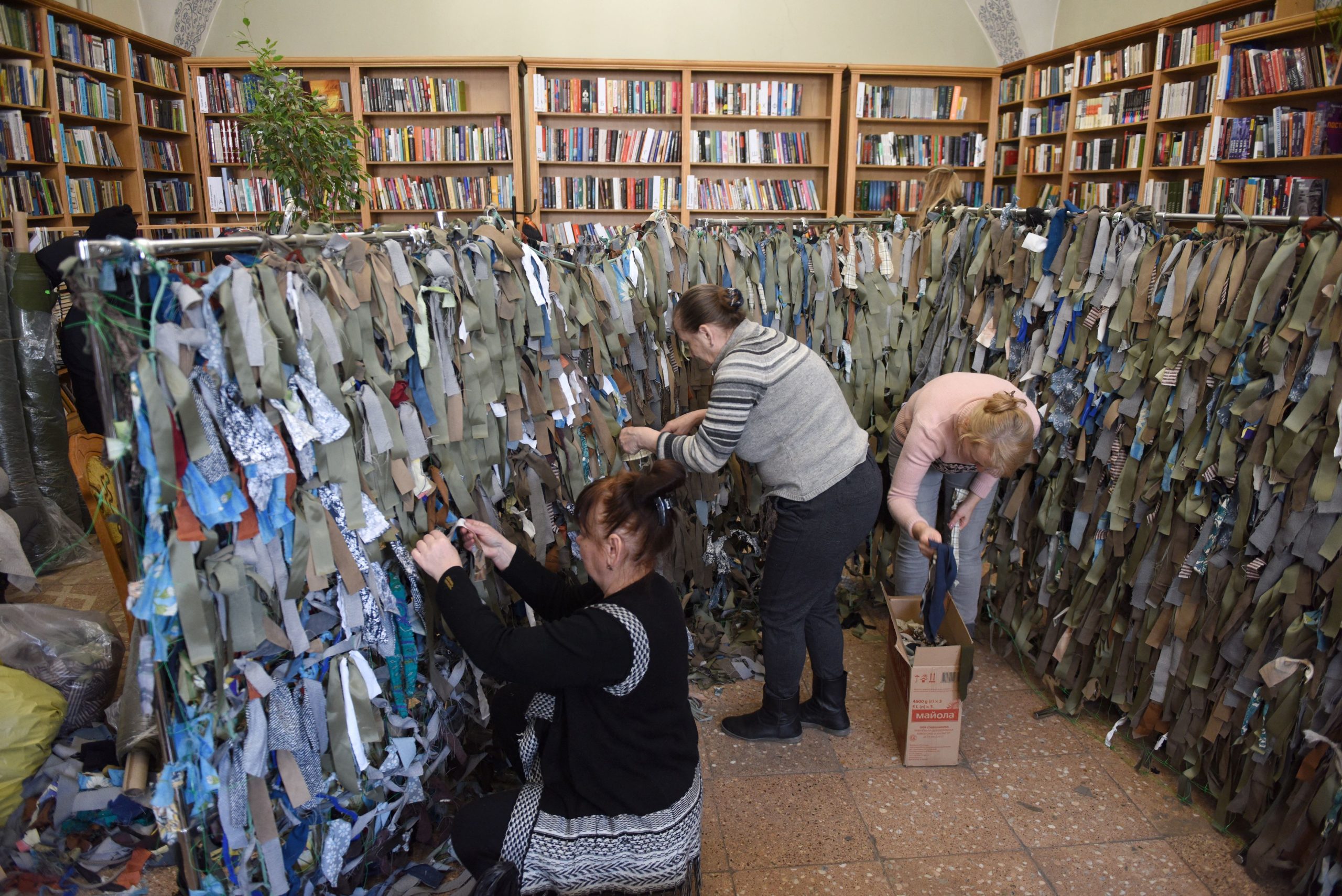 TOPSHOT – Volunteers make camouflage nets for the Ukrainian military at a library in western Ukrainian city of Lviv on March 1, 2022. (Photo by Yuriy Dyachyshyn / AFP) (Photo by YURIY DYACHYSHYN/AFP via Getty Images)

There are people in the town that need serious medical treatment and lots of newborn babies that sometimes can’t receive adequate care, she said, but the food situation is relatively stable.

“Our government is doing everything it can. They are partnering up with small businesses, and sometimes the shelves in the stores get restocked. Things that you can’t find in the stores are sometimes available at outdoor markets,” she said.

“Everyone in the town is committed to do anything at all to make the war go faster. So we will win faster. So kindness overcomes evil faster,” she concluded. “Ukrainian songs are often played and people sing about Ukraine. It lifts our spirits.”