A new poll released Tuesday from the Wall Street Journal (WSJ) found minority voters have been hit hardest by inflation, with some saying they will vote Republican in the midterms as their pockets are squeezed.

The poll found overall 58% of participants feel inflation is causing them major financial stress. When broken down among demographics, 35% of black, Hispanic, Asian-American and other minority voters expressed feeling the pain of inflation, compared to 28% of white voters. Among those polled, 44% of black women and Hispanic men reported the highest proportion of major strain among demographic and gender combinations.

The poll was conducted between March 2-7 among 1,500 registered voters with a +/- 2.5 percentage points margin of error.

Lower-income individuals also reported a high strain on their finances due to inflation.

Sixty-two-year-old Roger Stephens, a semi-retired airplane mechanic who is black and lives in Los Angeles, said gas is costing him nearly $6 a gallon while grocery prices are on the rise as well, according to the WSJ.

“Uncle Joe has put us on a diet,” Stephens, a registered Democrat, told the WSJ in reference to President Joe Biden. “I like to have a steak once or twice a month. I can’t do it now.”

Stephens, who voted for both former Presidents Barack Obama and Donald Trump, said he’s likely to vote Republican this year because inflation has become out of control, according to the report. (RELATED: CNBC Anchor Slams Biden Administration For List Of Excuses About Inflation)

A poll conducted by Epluribus LLC, creators of MOXY, found independent voters represent 23.7% of Americans, and amongst those polled, inflation, the economy and jobs were listed as their highest priority.

And inflation could be bad news for Democrats, with the WSJ poll finding key Democratic voters are feeling the heat of inflation and want change. 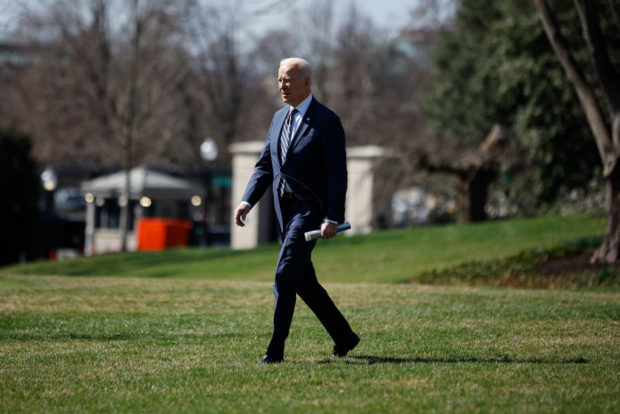 The Biden administration claimed in July the inflation spike would be “temporary” and gone by the end of 2022. White House press secretary Jen Psaki told CNN’s Jake Tapper in October that inflation is a “good thing” because it means “more people are buying goods” which is “increasing the demand.” Her comments came after White House chief of staff Ron Klain retweeted a claim that inflation and supply chain issues were “high class problems.”