Raskin’s nomination faced fierce opposition by Republican lawmakers and industry groups that argued her previous positions on a range of topics including climate policy disqualified her for the job. Republicans on the Senate Banking Committee led by Ranking Member Pat Toomey have boycotted a vote to pass her nomination and four other nominations to the Senate for a floor vote since February.

“Unfortunately, Senate Republicans are more focused on amplifying these false claims and protecting special interests than taking important steps toward addressing inflation and lowering costs for the American people,” Biden said in a statement Tuesday. “I am grateful for Sarah’s service to our country and for her willingness to serve again, and I look forward to her future contributions to our country.”

Biden nominated Raskin for vice chair for supervision of the Board of Governors of the Federal Reserve System on Jan. 14.

But Democratic Sen. Joe Manchin, the chairman of the Senate Energy and Natural Resources Committee, said Monday that he wouldn’t vote for Raskin, all but ending her hopes of being confirmed. (RELATED: 25 States Urge Biden To Rescind Fed Nominee Over ‘Radical’ Climate, Social Views) 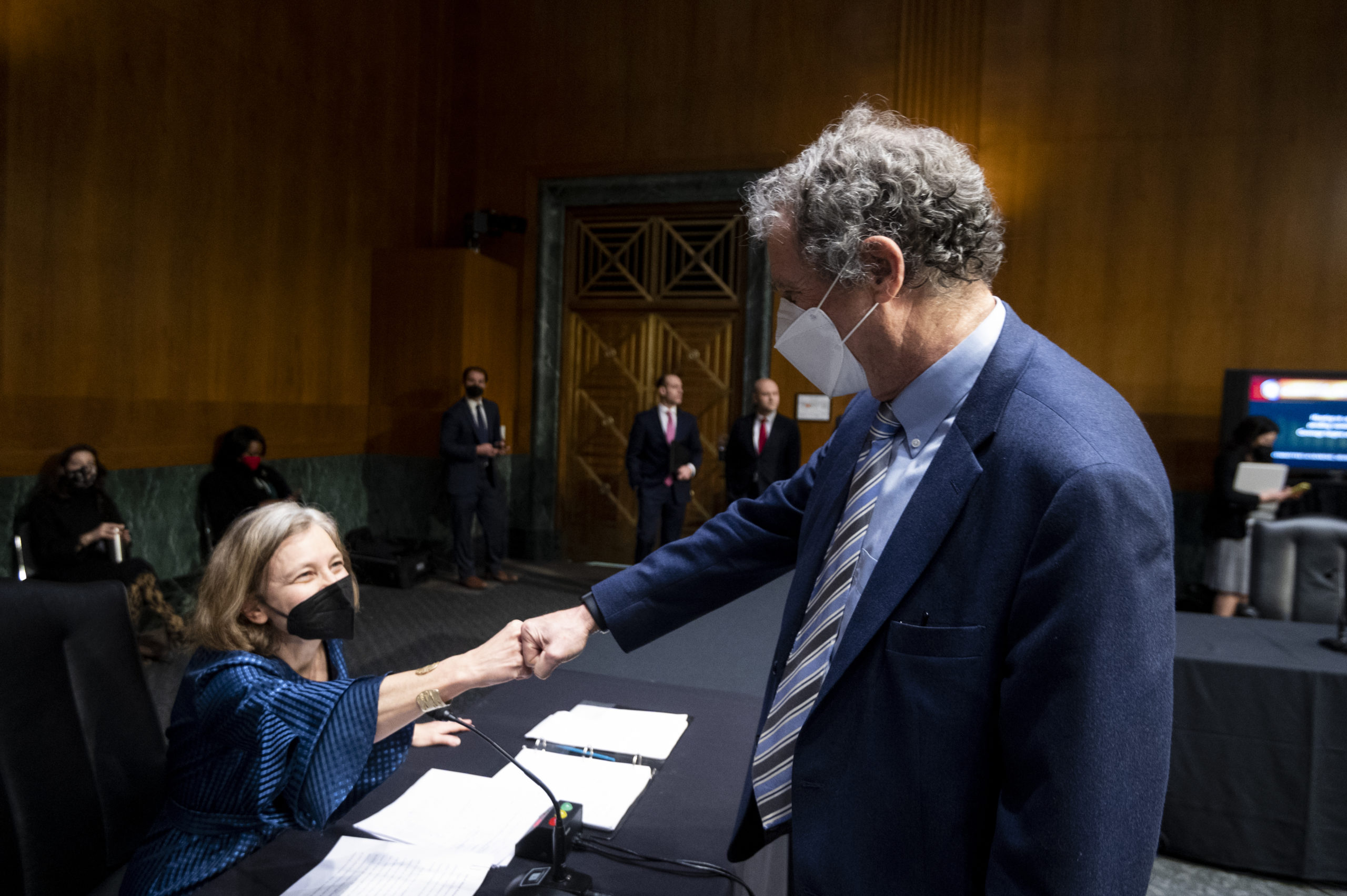 In a Feb. 2 memo, Banking Committee Republicans pointed to her past comments saying that federal financial regulations need to be “reimagined” to save the world from an “unlivably hot planet.” A coalition of top financial officers from 25 states also announced their opposition to her nomination in January, citing her positions that capital should be choked off from fossil fuel projects and banks that serve oil and gas companies should be punished.

“Raskin is a ‘climate warrior’ who would abuse the Fed’s narrow statutory mandates by having the central bank actively engage in capital allocation and de-bank energy companies,” the report stated.

Raskin’s announcement was first reported by The Wall Street Journal.