Border Patrol agents going into schools to teach kids about the risks of drugs and human smuggling have also started warning of enticing social media messages from cartels that promise easy money in exchange for smuggling migrants.

“Social media has required us to step up our game as it relates to outreach to the high schools, specifically,” a U.S. Customs and Border Protection (CBP) official told the Daily Caller News Foundation. “It’s really flattened out the communication cycle, and now it’s much easier for transnational criminal organizations to get into the lives of young people and entice them with money. And so that’s our biggest challenge as far as the communication apparatus goes.”

Gregory Aldaya, a 14-year veteran at the Border Patrol, has worked with the program in the Texas border community of the Rio Grande Valley sector. The Border Patrol’s school outreach programs are focused on highlighting the dangers of human smuggling “because there is a lot of messaging through the TCOs (transnational criminal organizations),” Aldaya told the DCNF.

“They don’t tell them the penalty and the consequences involved,” Aldaya said. “They just make it sound so appealing, and every situation is different, they might have a need for the fast cash for whatever reason.”

In February, CBP described a “trend” in the Rio Grande Valley sector of TCOs recruiting minors on social media to aid in their smuggling operations.

“Social media has become an avenue for human smugglers to target juvenile drivers,” CBP said in a press release. “TCOs are luring minors to smuggle migrants across border towns in the Rio Grande Valley and into the U.S. interior with the promise of fast cash. TCOs convince juvenile drivers that they will not face the same consequences as adults if apprehended or that law enforcement will disengage a pursuit if dangerous conditions are present.”

“The result is an increase in erratic driving by inexperienced drivers, often observed exceeding posted speed limits, and driving against oncoming traffic. The use of social media has allowed local smugglers to expand their network’s reach,” it added. “New recruits are not only from the Rio Grande Valley. Authorities have arrested drivers from San Antonio, Houston, and other areas, some as young as 13-years old.”

The sector continues to see high volumes of migrants crossing the border into the U.S. In February, agents encountered 33,838 migrants, a 19% increase from February 2021. 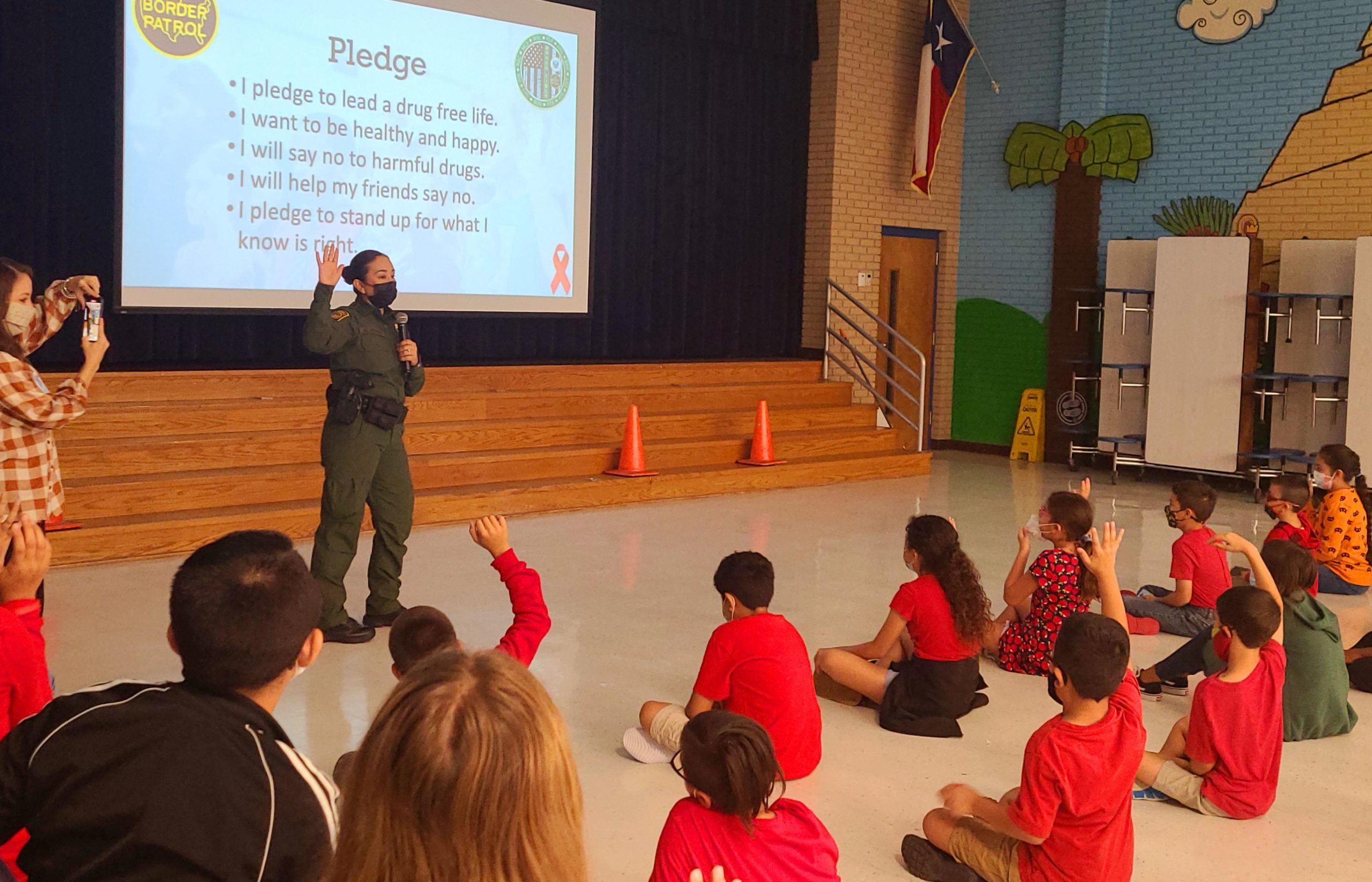 In middle schools and high schools, agents bring what is known as “Operation Detour,” which in the last year for high school students has been focused on the social media tactics cartels use. (RELATED: Texas Troopers’ Harrowing Pursuit Of Tanker Truck Filled With Dozens Of Illegal Immigrants Ends In Gunfire)

Aldaya said agents emphasize to teens that they can “fall prey” to smugglers that make contact through social media, telling them that there are real dangers to working for them that can be lethal. “It just doesn’t pay to get involved in that, in those routes,” he said.

Many of the schools are close to the border and students as young as 13 are targeted to join the criminal operations, Aldaya said.

“They do target them directly because of the fact that they are younger,” he explained. “And I guess the thinking is that they may not be prosecuted or have some sort of penalty for doing it, but we do work real closely with our agency partners and even if it’s not prosecuted through us, the state can bring charges also. And we see that a lot with the juveniles.”

When Aldaya was teaching the program, agents would show students videos of actual events in order to convey the message that “they’re either going to end up in jail, or they’re going to lose their life” if they take part in the smuggling operations, Aldaya said.

“With the amount of people that can be in a vehicle, I mean, it can be very loaded down, and the possibility of them rolling over or flipping over those are really real dangers,” Aldaya said. “Not only to them, but also to the people that they’re transporting.”

Aldaya believes the programs are making a lasting impact, adding that students often remember the agents that helped keep them out of trouble.

“If we can catch that person before they’re talked into doing these dangerous things, and possibly lose in their life or be responsible for others as well, or just going down the wrong path, then that’s a win,” he said.