The FBI charged alleged agents of China’s secret police on Wednesday with crimes related to repression of Americans by foreign governments.

In three separate cases, the FBI revealed it had charged five individuals in the Eastern District of New York with perpetrating “transnational repression schemes” on targets within the U.S., according to a Wednesday press release.

‘Beat Him Until He Cannot Run For Election’

Qiming Lin, 59, a citizen and resident of the People’s Republic of China (PRC), is alleged to be an agent of the Ministry of State Security (MSS) by the FBI, which characterized the foreign agency as “a civilian intelligence and secret police agency responsible for counterintelligence and political security” in the press release.

Charged with “conspiracy to commit interstate harassment” and related crimes, Lin is alleged to have hired a New York private investigator to harass and even physically attack a “student leader of the prodemocracy demonstrations in Tiananmen Square” now “currently running for U.S. Congress.”

The FBI stated that Lin also told the private investigator “we will have a lot more-more of this [work] in the future … Including right now [a] New York State legislator.”

“Go find a girl,” the FBI claims Lin told the private investigator. “Or see how he goes for prostitution, take some photos, something of that nature.”

Lin later suggested for the private investigator to “consider physically attacking” Yan in order to “prevent his candidacy,” according to the press release.

“In the end, violence would be fine too,” Lin allegedly said. “Beat him until he cannot run for election .. You-you think about it. Car accident, [he] will be completely wrecked [chuckles], right?”

Yan told the Daily Caller News Foundation he was unaware he was being targeted by Chinese secret police.

Although Yan said he was unaware of Lin’s alleged plot, he told the DCNF he understood why the Chinese government might target him.

“I carried a lot of bodies during the June 4th massacre,” Yan said while reflecting on his role during the 1989 crackdown on pro-democracy movements. “I really witnessed that tragedy.”

Undaunted by the FBI’s report, Yan says he will continue his candidacy.

“Number one, I have no fear in my heart. I have love in my heart. As a pastor in the clergy, you could say god is with me, that’s the spiritual thing and that’s for sure for me,” Yan told the DCNF. “Number two, I will be cautious, drive safely, do the right thing, be in the right place, talk the right thing, and love the people, all of the people. That’s what I want to do.” (RELATED: Christian Fugitives Face Martyrdom In Communist China)

In 2019, Wang Liqiang, defected to Australia, after claiming to be a Ministry of State Security agent, though the veracity of all his claims remain in dispute. [YouTube/Screenshot/60MinutesAustralia]

The other individuals charged by the FBI are Shujun Wang, Fan “Frank” Liu, Matthew Ziburis and Qiang “Jason” Sun, according to the release.

Wang is charged with “acting as an agent of the PRC government, criminal use of means of identification, and making materially false statements, in connection with his participation in a transnational repression scheme orchestrated by the MSS,” the release said.

Wang allegedly kept tabs on a “prominent human rights activist,” and his victims included “individuals and groups located in New York City and elsewhere that the PRC considers subversive, such as Hong Kong pro-democracy activists, advocates for Taiwanese independence, and Uyghur and Tibetan activists,” the press release stated. 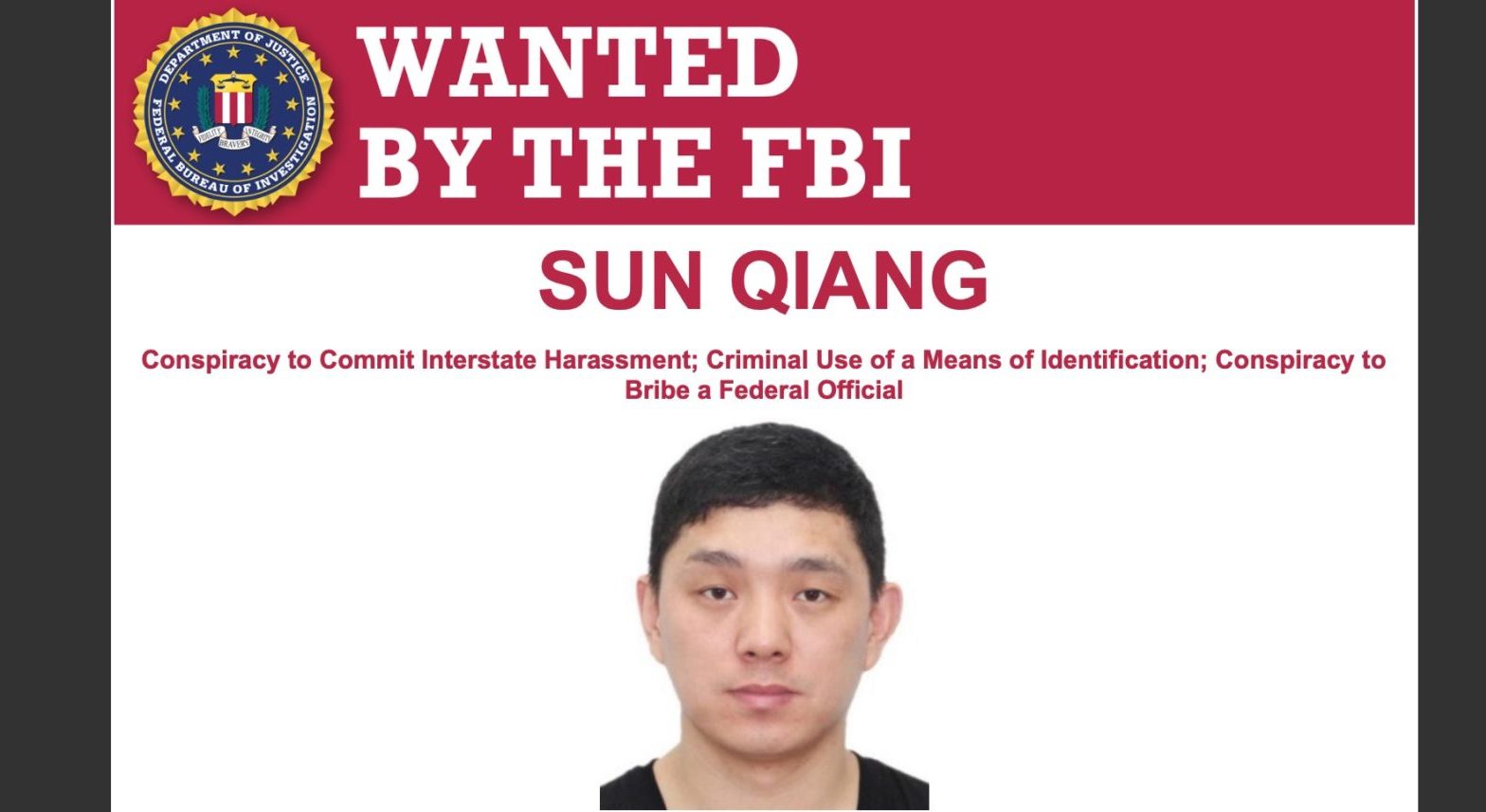 The FBI has also charged Fan “Frank” Liu, Matthew Ziburis, and Qiang “Jason” Sun with “conspiring to commit interstate harassment and criminal use of a means of identification,” among other related crimes, according to the press release.

The defendants allegedly spied on pro-democracy dissidents and “installed surveillance cameras and GPS devices” at a target’s “workplace and in his car” so that Sun could watch “the live video feed and location data from these devices” while directing the espionage operation from China.

Sun remains at large in China and is wanted by the FBI. (RELATED: Genocide Games: How China’s Human Rights Abuses Went From Unthinkable To Undeniable)

Assistant Attorney General Matthew Olsen said the three cases were “all very much related,” during a press conference on Wednesday.

Human rights activists, journalists and political opponents are among the groups of people the FBI identifies as the most common targets of “transnational repression,” which the bureau’s website defines as “when foreign governments stalk, intimidate, or assault people in the United States.” (RELATED: CCP Media Blitz Attacks US Human Rights Record)

“Transnational repression harms people in the United States and around the world and threatens the rule of law itself,” Olsen is quoted as saying in the press release.

In light of the February 2022 termination of the China Initiative counterintelligence program over accusations of racial profiling by Chinese-American activists, during the press conference Olsen made sure to distinguish between agents of the People’s Republic of China (PRC) and ethnically Chinese individuals at the outset of Wednesday’s press conference.

“In discussing these cases, I want to reiterate that the department remains focused on the actions of the PRC government and its agents – not the Chinese people or those of Chinese descent, who are often the victims of these crimes,” Olsen said.