The Congressional Progressive Caucus (CPC), a group of 97 left-wing lawmakers, urged President Joe Biden to declare a “climate emergency” and issue a series of bans on federal oil and gas leasing.

The requests were part of the CPC’s proposed agenda for executive action released Thursday that it would like to see the White House pursue moving forward. Democratic Washington Rep. Pramila Jayapal is the caucus’ chair and Sen. Bernie Sanders is its sole member from the Senate.

“There is no people-centered agenda that doesn’t include aggressive, bold climate action and reducing our reliance on fossil fuels,” the caucus said in a fact sheet released along with the agenda. “While the executive branch has made progress, there is more to do to meet this moment and lower costs by transitioning to clean energy.”

The CPC agenda also said the White House should move to end all existing fossil fuel subsidies. There are approximately $20 billion in subsidies allocated to the fossil fuel industry every year, according to a 2019 Environmental and Energy Study Institute report.

Biden should finally order the executive branch — including the State Department, Treasury Department and U.S. Export-Import Bank — to phase out all financing for domestic and international fossil fuel projects and reallocate that money toward clean energy projects, the CPC said. 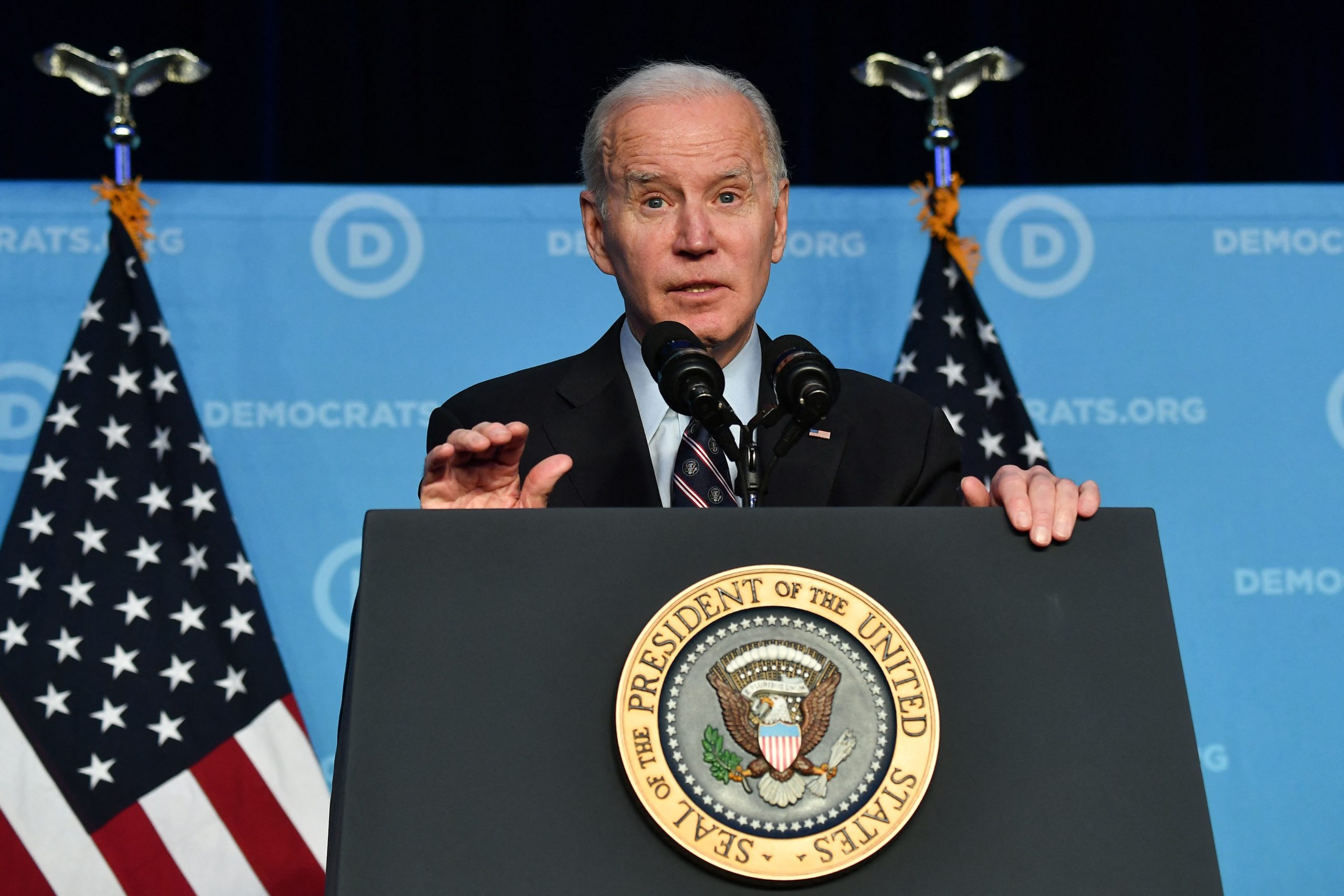 “In order to secure clean air and safe drinking water, healthy communities, energy independence, and a livable climate for all of us, President Biden can and must use every tool available,” Sierra Club legislative director Melinda Pierce said in a statement. “The Biden administration also must leverage the government’s vast purchasing power and rulemaking authority to further expedite the transition from fossil fuel dependence to affordable and secure sources of clean energy.”

Sunrise Movement advocacy director Lauren Maunus added that Biden must “use the full powers of the presidency” to stop climate change and not alienate “his own base.” (RELATED: Ukraine Crisis Proves The Need For Domestic Fossil Fuel Production, Industry Groups Say)

However, the CPC’s agenda didn’t address the critical mineral supply chain or increased domestic mining, topics that experts and international energy groups have stressed. The U.S. has fallen behind on mineral production which is important for renewable energy technology.

China controlled about 55% of the world’s mining capacity and 85% of global mineral refining in 2020, a White House supply chain report from June concluded.

Energy Information Administration data also showed that the U.S. government subsidized the renewable energy industry far more than it did the fossil fuel industry, according to the Columbia Climate School. Fossil fuel industry groups have also argued that an oil export ban would shock the global market and benefit hostile actors such as Russia which would fill the gap.