Top Russian presidential spokesman Dmitry Peskov said Russia sees and hears the statement that Biden made, and considers it a “personal insult” to Putin, but won’t take the accusation seriously, according to Russia media outlet TASS.

“Bearing in mind Mr. Biden’s irritability, fatigue and forgetfulness, which eventually results in aggressive statements, we will possibly prefer to refrain from making any strong comments so as not to trigger more aggression,” Peskov continued. 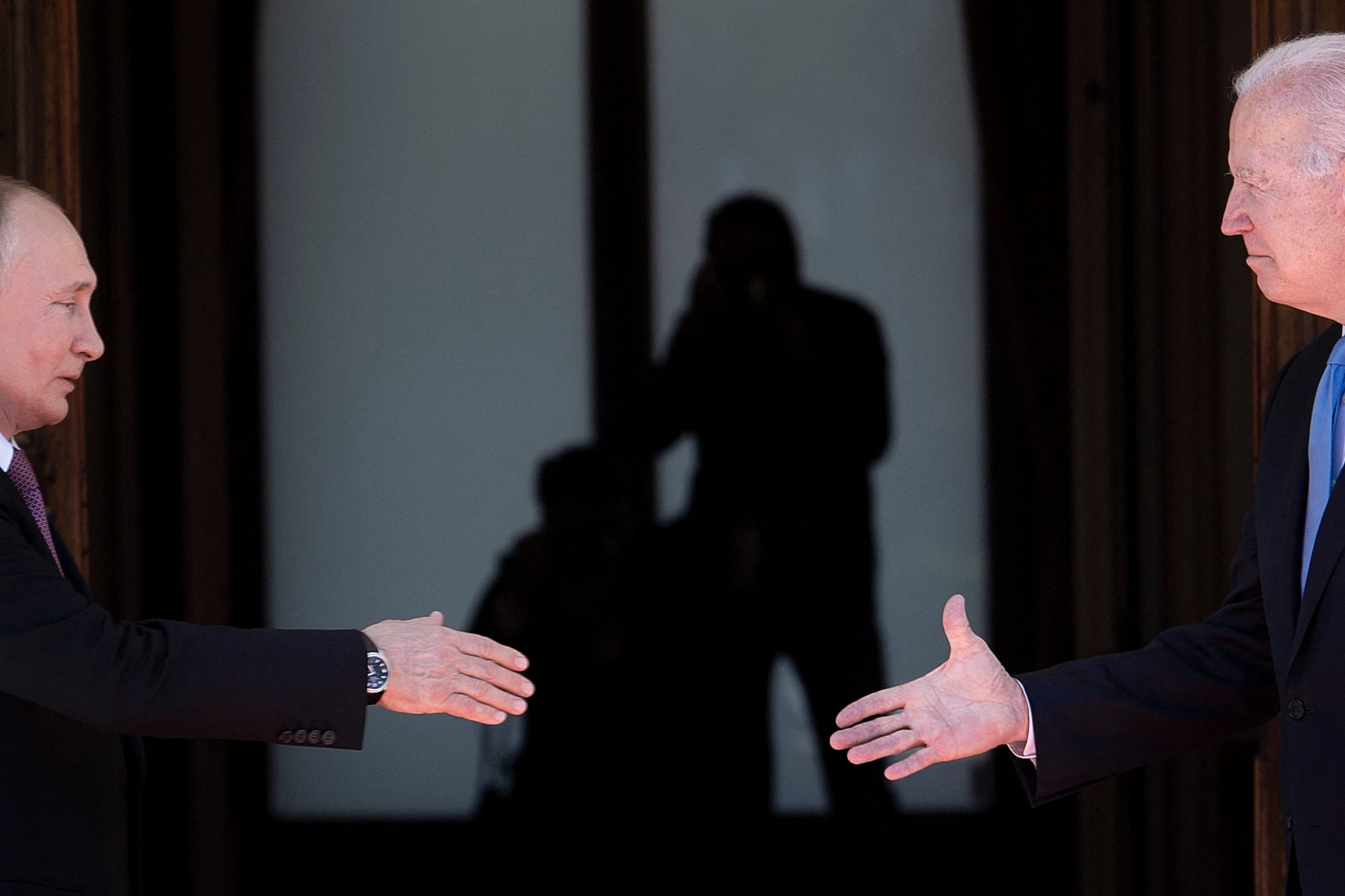 TOPSHOT – Russian President Vladimir Putin (L) shakes hands with US President Joe Biden prior to the US-Russia summit at the Villa La Grange, in Geneva on June 16, 2021. (Photo by Brendan Smialowski/AFP via Getty Images)

He then said Putin was a “murderous dictator, a pure thug who is waging an immoral war against the people of Ukraine,” while speaking at the Friends of Ireland Luncheon on St. Patrick’s Day at Capitol Hill on Thursday. (RELATED: Reporter Suggests Biden Is Pushing Ukrainians To ‘Commit Suicide’ To Psaki’s Face)

A reporter pressed White House press secretary Jen Psaki Thursday about why the U.S. continues to work with Russia on the Iran nuclear deal if Biden considers Putin a “war criminal.”

“I would say that it’s not in our interest for Iran to acquire a nuclear weapon, and Russia is a member of the P5+1,” Psaki responded. “So that is the pursuit of a deal that is in our national security interests.”

Biden had previously called Putin a “killer” in March of 2021.