Senators are signaling that they will home in on personal background, criminal sentencing and court-packing during the Supreme Court confirmation hearings for Judge Ketanji Brown Jackson.

Jackson, nominated to replace retiring Associate Justice Stephen Breyer, was first appointed to the U.S. District Court for Washington, D.C., in 2013 by President Barack Obama. President Joe Biden elevated her to the D.C. Circuit Court of Appeals in 2021, with Republican Sens. Susan Collins of Maine, Lindsey Graham of South Carolina, and Lisa Murkowski of Alaska joining all 50 Democrats in voting to confirm.

All 22 senators on the Judiciary Committee, including Graham, received 10 minutes to make opening statements Monday. Jackson herself spoke shortly after 3:30 p.m., emphasizing that as a Supreme Court Justice she would “work productively to protect and defend the Constitution.”

“I have been a judge for nearly a decade now, and I take that responsibility and my duty to be independent very seriously,” she said. “I decide cases from a neutral posture. I evaluate the facts, and I interpret and apply the law to the facts of the case before me without fear or favor, consistent with my judicial oath.”

During pre-hearing remarks and opening statements, Democratic senators emphasized Jackson’s personal background and her historic nomination. Senators from both parties discussed criticisms that Jackson has been too willing to issue lenient sentences for criminals, including consumers of child pornography, and Democrats’ views on court-packing and previous nominations. 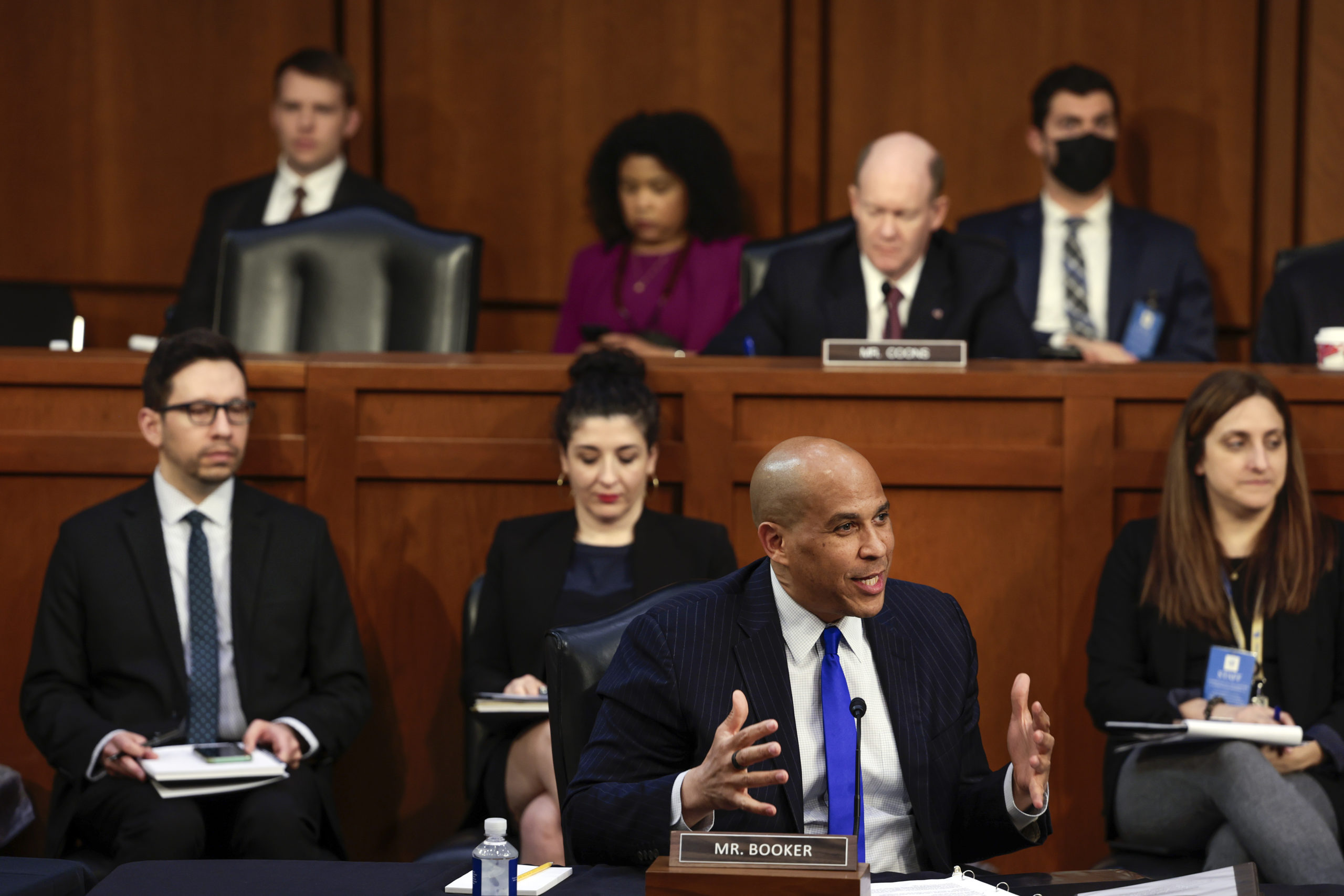 If confirmed, Jackson would become the first black female justice on the Supreme Court. However, she would also be one of four justices to graduate from Harvard Law School, and one of eight justices to graduate from an Ivy League law school. Biden administration allies like South Carolina Rep. Jim Clyburn, as well as Graham, suggested before Biden nominated Jackson that they would prefer a candidate like District Court Judge J. Michelle Childs, who attended the University of South Carolina Law School.

“We’ve got to recognize that people come from all walks of life, and we ought not dismiss anyone because of that,” Clyburn said in January, expressing concern that the Court is becoming an “elite society.” (RELATED: Biden Pledged To Nominate A Black Woman To The Supreme Court. Who Will He Pick?)

Republican Texas Sen. Ted Cruz, who also sits on the Judiciary Committee, said that Jackson’s record is difficult for senators to parse because many judges with her background deliberately keep their views vague. Cruz and Jackson both attended Harvard Law School in the mid-1990s, with Cruz graduating in 1995 and Jackson in 1996.

“Her record was hard to get a handle on,” Cruz told the Daily Caller’s Vince Coglianese and Jason Nichols of his experience reviewing Jackson’s nomination to the D.C. Circuit. “She in some ways reminds me of Chief Justice John Roberts, who’s someone, also, I’ve also known 25 years.”

“John lives his whole life very, very careful, not saying anything that could be used to defeat his Supreme Court nomination. And I think Ketanji, similarly, has been careful in what she has said, not to have a public record that would leave her vulnerable in a confirmation,” he said.

Obama nominated Jackson to serve as vice chair of the U.S. Sentencing Commission, a position she served in from 2010 to 2014. During her time on the Commission, Jackson recommended that it reduce sentencing guidelines for federal drug charges, and voted to make the reduction retroactive. She also served as a federal public defender.

Jackson has the support of the Fraternal Order of Police, which noted her family’s law enforcement background in its endorsement.

Some Republicans are expected to zero in on Jackson’s sentencing decisions in several cases related to the possession of child pornography. Missouri Sen. Josh Hawley, referencing 10 cases in which Jackson departed from federal sentencing guidelines, voiced his concern that a record like Jackson’s “endangers our children.” 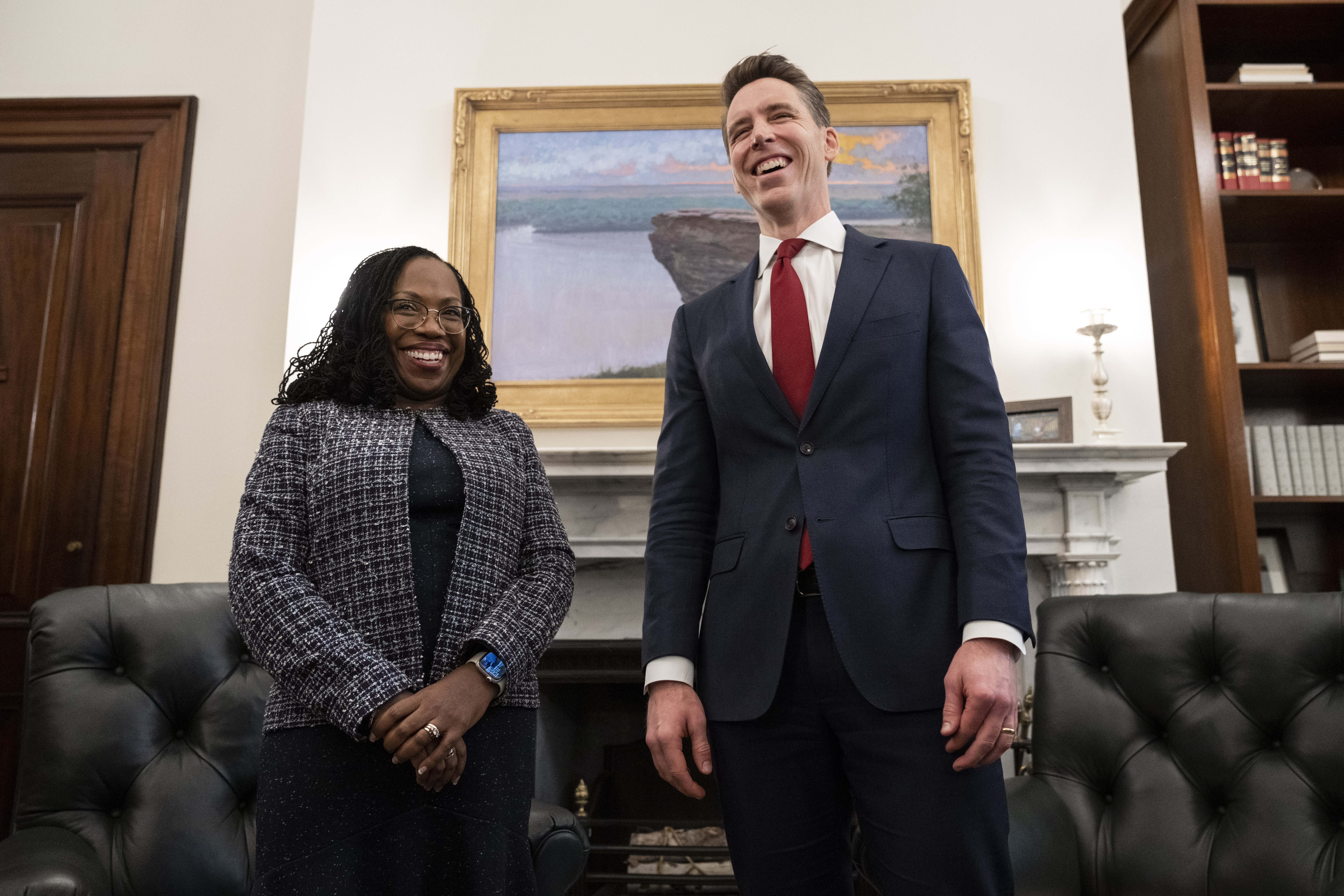 “On average, you sentence child-porn defendants to over five years below the minimum sentence recommended by the Sentencing Guidelines. And you have stated publicly that it is a ‘mistake’ to ‘assume that child pornography offenders are pedophiles.’ Your philosophy, it appears, is backward on these issues. Restrictions for children and families and freedom for criminals,” Tennessee Sen. Marsha Blackburn said in her opening remarks.

Democrats and some conservatives have pushed back on that characterization.

Durbin called the soft-on-crime claims from Hawley and other Republicans “baseless” and “unfair.”

“They fly in the face of pledges my colleagues made that they would approach your nomination with civility and respect,” he added.

Many left-wing activists, and some Democratic senators, have called for Congress to expand the size of the Supreme Court to give liberals a majority in the body. While the late Associate Justice Ruth Bader Ginsburg and Breyer publicly criticized court-packing efforts, Jackson reportedly declined to offer an opinion on such a move during her meeting with Senate Minority Leader Mitch McConnell.

“Both of these liberal lions said that expanding the Supreme Court to achieve favored legal and political outcomes is a dangerous idea,” Republican Arkansas Sen. Tom Cotton said in his opening remarks. “But for some, political outcomes on the Court are exactly their goal.” (RELATED: Chris Coons Is ‘Not A Fan Of Court Packing,’ But He’s Open To It If Amy Coney Barrett Is Confirmed)

Republican Louisiana Sen. John Kennedy expressed concern that court-packing would harm the legitimacy of the Court.

“Unfortunately, throughout history, we’ve had people who tried to delegitimize the Supreme Court. We had a president way back when who tried to impeach a Supreme Court justice,” Kennedy said, in an apparent reference to the 1805 impeachment of Samuel Chase. “We had another president who wanted to pack the court.”