Republican Washington Rep. Cathy McMorris Rodgers sent a letter to Energy Secretary Jennifer Granholm, urging her to appear before a key House committee for a briefing on rising gasoline prices.

Rodgers, the top Republican on the House Energy and Commerce Committee, argued Granholm should appear before the panel to make clear how the Biden administration is addressing surging gas prices amid a global energy crisis, according to the letter sent Tuesday. If Granholm accepts the invitation, she would be Republicans’ witness at a Big Oil hearing scheduled by Democrats for April 6.

“As the Secretary of Energy, you are well-positioned to explain to the Committee and the American people what the Biden-Harris administration will do to reverse its anti-American energy agenda to help address rising gas prices,” Rodgers wrote in her letter.

“Further, you recently said we ‘are on war footing’ and that ‘[i]n this moment of crisis, we need more supply,'” she said. “Accordingly, we invite you to testify at the April 6, 2022, hearing to explain the specific steps the Biden-Harris administration will be taking to help increase domestic oil and gas production and supply.” (RELATED: Republicans Renew Criticism Of Efforts To Shut Key Oil Pipeline Amid Energy Crisis) 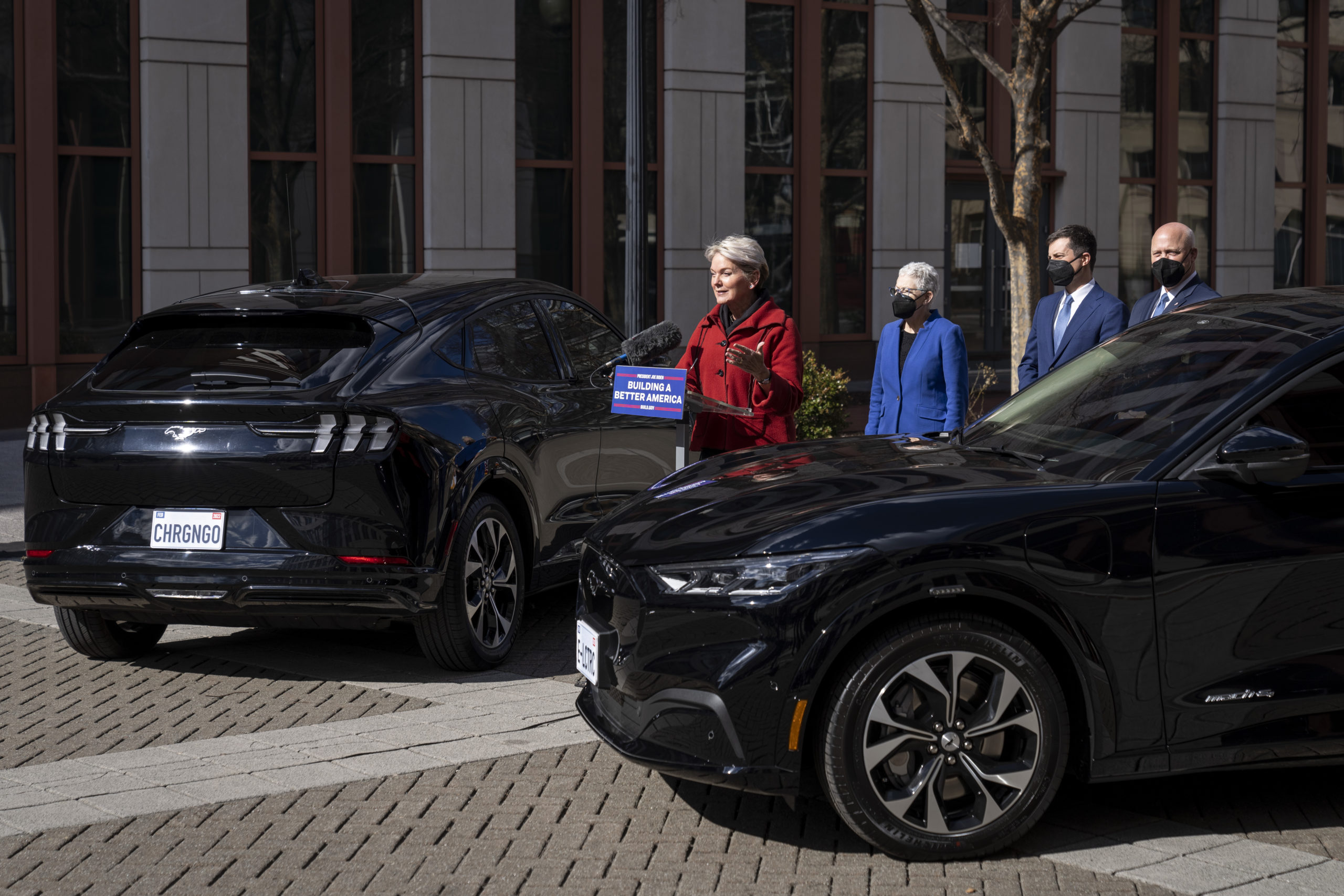 Since Russia invaded neighboring Ukraine, oil prices skyrocketed above $100 per barrel, touching $120 per barrel at one point, and gasoline prices have hit record levels nationwide. During a speech at the energy industry CERAWeek conference, Granholm said the U.S. was on “war footing” and needed to “increase short-term supply.”

However, Democrats and the White House have blamed both Russian President Vladimir Putin and oil corporations for the high energy prices. Democrats, including Energy and Commerce Chairman Frank Pallone, have scheduled at least three upcoming hearings for oil executives to testify about high prices.

Gasoline prices have hit multiple multi-year highs since Biden took office as he has unleashed a series of attacks against the fossil fuel industry, nixing pipelines, canceling drilling projects and delaying the federal oil and gas leasing program.

Pallone’s office and the Department of Energy didn’t immediately respond to requests for comment from the Daily Caller News Foundation.