Republican senators repeatedly questioned Supreme Court nominee Ketanji Brown Jackson on Tuesday about her advocacy for and representation of alleged terrorists detained at the U.S. military base in Guantanamo Bay, Cuba.

Jackson represented four alleged terrorists held in Guantanamo Bay during her time as a public defender, from 2005-2007. She also helped draft and file several amicus briefs on behalf of clients speaking in favor of the arguments made by Guantanamo Bay detainees. Although Jackson and Democrats have noted the constitutional protections provided to accused terrorists, Republicans argue that her defense of the detainees went beyond merely doing her job as a defense attorney.

Sens. Lindsey Graham of South Carolina and John Cornyn of Texas both asked Jackson about briefs while she filed while representing both captured alleged terrorists and parties interested in their cases. Jackson drafted amicus briefs in the cases Boumediene v. Bush and Al-Marri v. Spagone while working as an attorney at the law firm Morrison & Foerster. In the Boumediene brief, Jackson and her clients, a group of former federal judges, argued that the federal government could not use information obtained from alleged terrorists through torture in legal proceedings.

Graham and Cornyn suggested that Jackson’s briefs signaled that she would be overly sympathetic to terrorism suspects. (RELATED: Senators Signal Three Issues That Will Define The Ketanji Brown Jackson Hearings)

“The American people deserve a system where everybody is represented, whether you like them or not, and anybody who takes up that cause, no problem with me, you’re just doing your job and I think you’re making our country stronger,” Graham said. 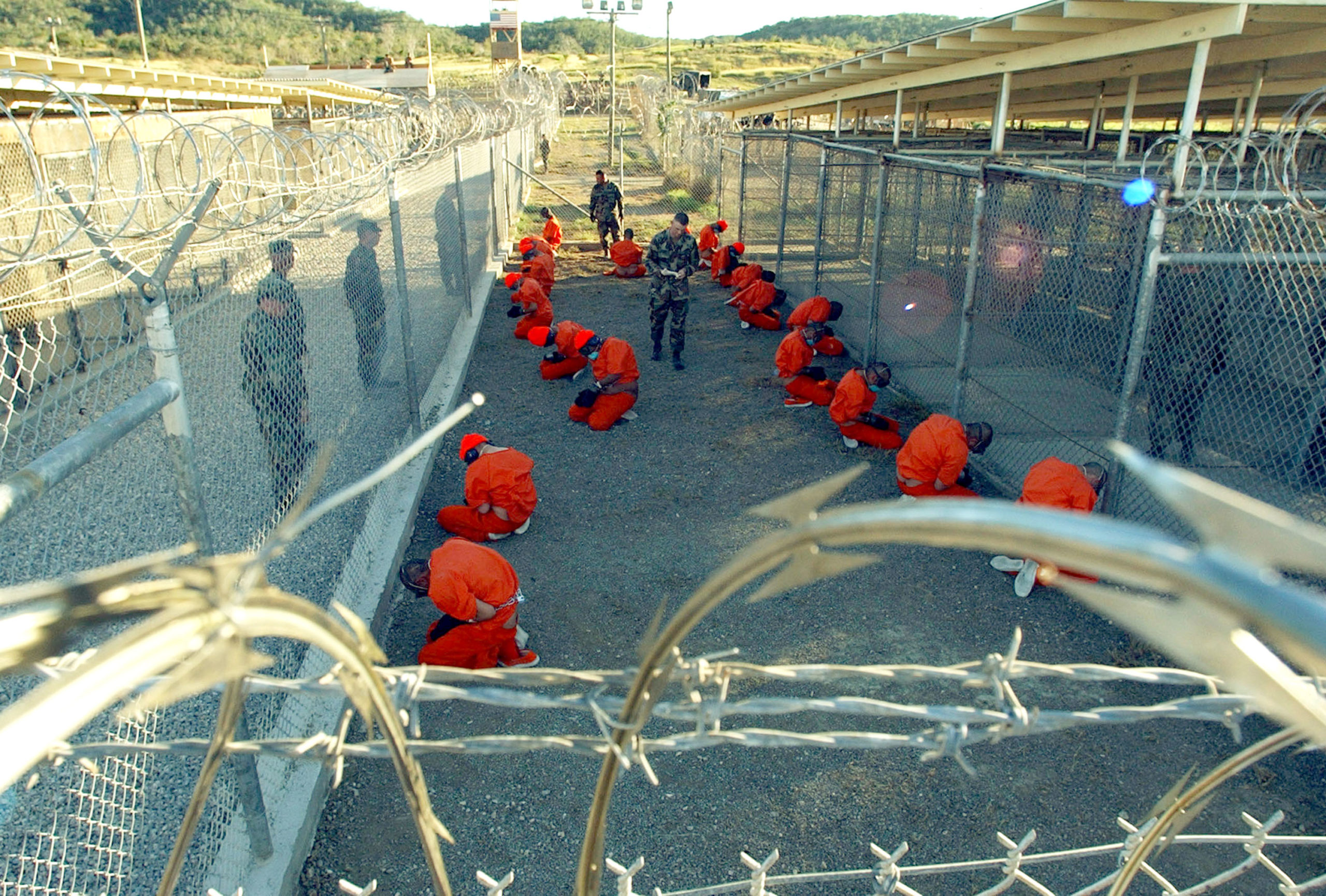 GUANTANAMO BAY, CUBA – JANUARY 11: In this handout photo provided by the U.S. Navy, U.S. Military Police guard Taliban and al Qaeda detainees in orange jumpsuits January 11, 2002, in a holding area at Camp X-Ray at Naval Base Guantanamo Bay, Cuba during in-processing to the temporary detention facility. The detainees will be given a basic physical exam by a doctor, to include a chest x-ray and blood samples drawn to assess their health, the military said. (Photo by Petty Officer 1st class Shane T. McCoy/U.S. Navy via Getty Images)

Graham noted Jackson’s argument in the Al-Marri brief, made on behalf of three non-profit organizations. In that brief, Jackson argued on behalf of her clients that the Executive Branch may not “use the military to detain, without charge or trial, persons who are lawfully in the United States and who have allegedly engaged in terrorism-related conduct.”

When asked whether or not she personally agreed with the arguments in the brief, Jackson declined to say.

“My responsibility was to make my clients’ arguments,” she responded to Graham. “The Supreme Court did not address that issue. The case became moot.”

Both Graham and Cornyn called attention to a passage in a habeas corpus petition filed on behalf of Khiali-Gul, an Afghan detainee captured in 2002 and released in 2014. Jackson was a member of Gul’s defense team and helped draft the 2005 brief, which claimed that government officials committed war crimes and crimes against humanity against him. The brief lists “conditions of isolation; constant vulnerability to repeated interrogation and severe beatings; [and] the threat or reality of being kept in cages with no privacy,” among other treatment, and names President George W. Bush and Secretary of Defense Donald Rumsfeld as chief defendants.

“Why in the world would you call Secretary of Defense Rumsfeld and George W. Bush war criminals in a legal filing?” Cornyn asked. “It seems so out of character for you.”

Denying that she remembered the brief in question, Jackson claimed that she did not “intend to disparage the President or the Secretary of Defense.”

Senate Judiciary Committee chairman Dick Durbin revisited the exchange following the committee’s lunch recess. Durbin claimed that Jackson “at no time” referred to either Bush or Rumsfeld as war criminals.

Republicans have repeatedly sought to portray Jackson as soft on crime, owing to her work as a public defender, her time as vice chair of the U.S. Sentencing Commission, and her sentencing decisions during her time as a District Court judge. Missouri Sen. Josh Hawley and Tennessee Sen. Marsha Blackburn both referenced her sentencing decisions in several child pornography sentences, although liberals and some conservatives have pushed back on their characterization.