Trump repeatedly asked senior officials if the U.S. was “on track” to achieving energy independence and whether American drilling capacity would surpass that of Russia, Zinke told the Daily Caller News Foundation in an interview. Zinke, the first Interior secretary to serve during the Trump administration, added that the former president followed U.S. energy production numbers closely.

“When I mentioned to the president, ‘Mr. President, we don’t have to be beholden to anybody, we can not only be energy dependent, but I think we can dominate the market in energy dominance,’ he said, ‘I love it,'” Zinke recalled.

“He asked me, ‘How are we? Are we on track?'” Zinke continued. “He followed the numbers. He would ask and, of course, we’d have all those numbers ready for him.”

The former Interior secretary said that he and Trump both agreed that the U.S. could produce more oil and gas than Russia, which was the world’s top energy producer at the time, in the first two years of his administration. (RELATED: Biden Administration’s Offshore Oil Leasing Policy Will Crush American Energy Security, Experts Say) 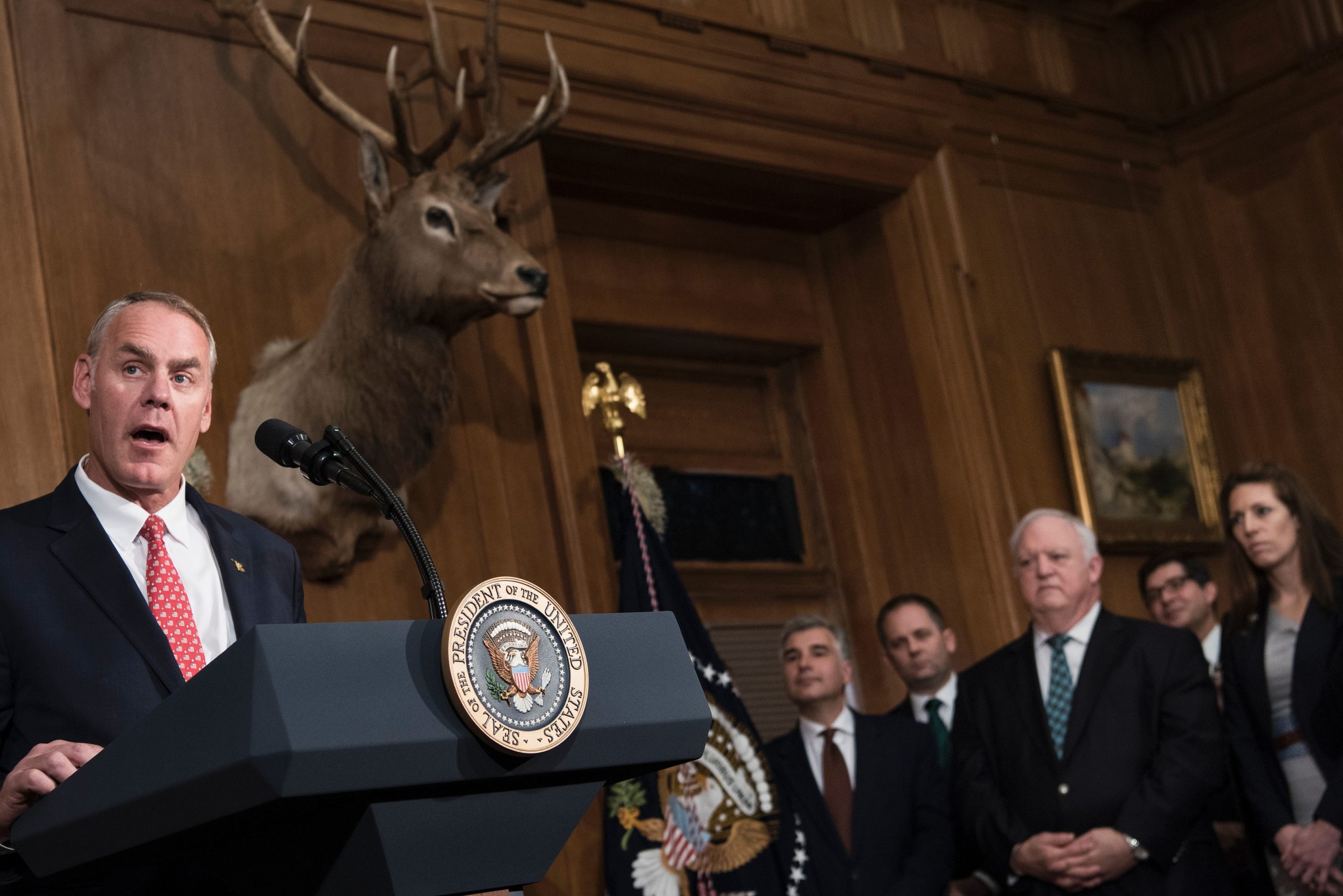 The U.S. became a net exporter of total energy in 2019, factoring in oil, coal and natural gas trade, for the first time in nearly eight decades. After becoming a net exporter of crude oil in 2020, the nation is projected to return to net importer status under the Biden administration in 2022.

Among its energy policy initiatives, the Trump administration approved the Keystone XL and Dakota Access pipelines, allowed drilling in the Arctic National Wildlife Refuge, nixed the Obama administration’s moratorium on coal leasing, reformed the natural gas terminal permitting process and opposed the Nord Stream 2 pipeline which it argued was a form of “Russian energy coercion.”

“I felt I had the authority from the president to bring America out of energy dependence to energy independence and all the way to energy dominance,” Zinke told the DCNF. “And I thank President Trump. He gave me a lot of latitude to get it done.”

But the Biden administration has reversed much of Trump’s policies, nixing the Keystone XL oil pipeline, ditching oil drilling in Alaska, not appealing a court ruling that prohibited a massive offshore drilling lease in the Gulf of Mexico, attempting to ban new drilling leases on federal lands and making it harder for utilities to gain approval for natural gas projects.

Zinke, who led the Department of the Interior between 2017-2019, confirmed in June that he would run for an open House seat representing Montana in 2022.