PONTE VEDRA BEACH, FL- House Minority Leader Kevin McCarthy said Wednesday in an exclusive interview with the Daily Caller that he does not believe the current war in Ukraine will distract members of Congress from also focusing on the ongoing problems in the U.S., such as the border crisis.

McCarthy said he thinks Congress can focus on both Ukraine and issues like the border and the opioid crisis, which killed over 75,000 Americans in the 12-month timeframe ending in April 2021. Members of Congress have been very much focused on the war between Russia and Ukraine, with some like Republican Sen. Lindsey Graham even calling for the assassination of Russian President Vladimir Putin after hundreds of Ukrainians have been killed or injured.

The Minority Leader made it clear that he believes Congress can focus on these issues at the same time, saying Republicans have been all over the border crisis and mentioning he first led a congressional delegation to the border in March 2021.

“I think you can do both. And I think from the aspect you’re watching murder there, you can stand up against that. Not one Republican is asking for American men or women to go in there and fight. But they would like to supply them with the weapons so they could defend themselves. But the Republicans have been on the forefront of protecting our border,” McCarthy told the Daily Caller.

“I remember leading the first delegation down there and coming back, was that February, March? Just in the interviews with the agents I came into the press conference and said we’re catching people on the terrorist watch list. Remember, they said I was lying. Fentanyl is now the number one killer of Americans between the ages of 18 and 45. I think you’ve almost had every single Republican down to the border,” he continued. 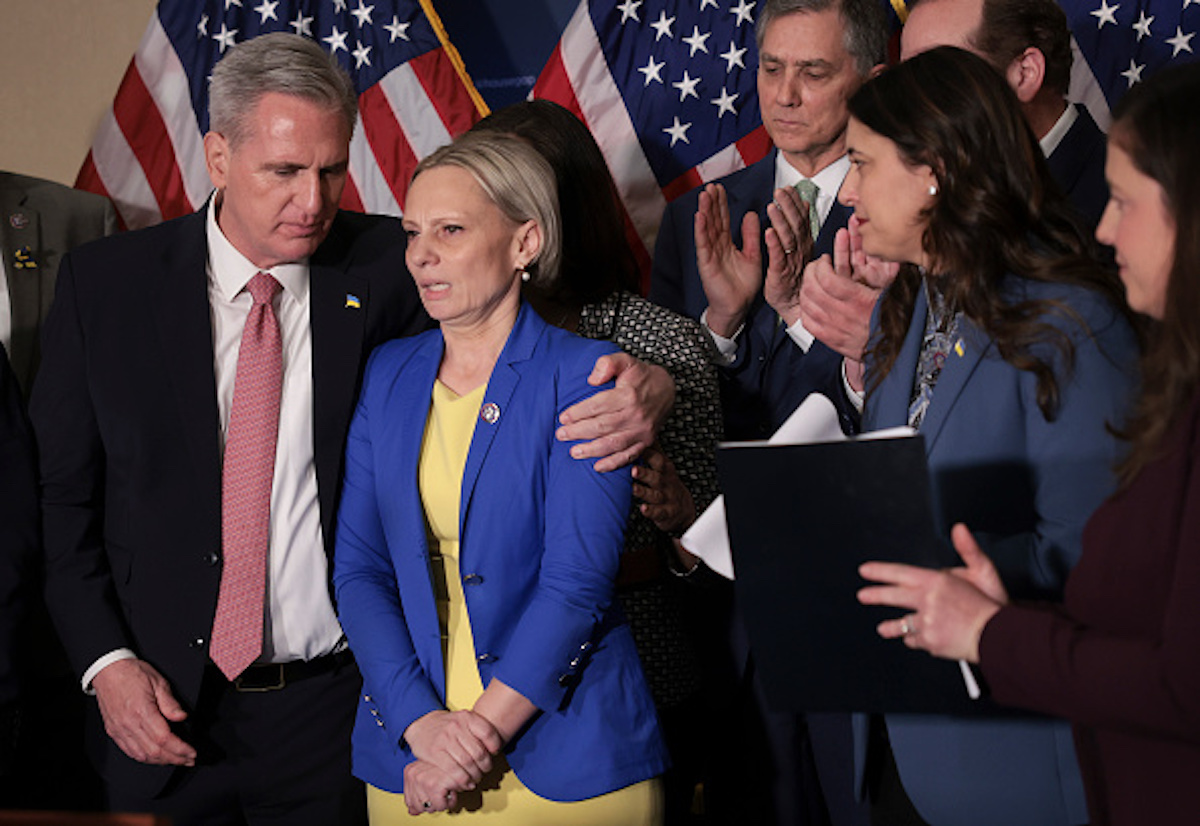 McCarthy also said that he doesn’t care what country it is, he does not see how the U.S. can just let innocent children be killed. He did say there are no Republicans who support sending U.S. troops into Ukraine to fight but did, however, say the U.S. should give Ukraine planes so they can create their own no-fly zone. (RELATED: Three Republicans Voted Against A Resolution Supporting Ukraine)

“I don’t know how you walk away from watching innocent children get killed and don’t care what country it’s in. It’s not who we are, but we’re not sitting saying, go put American men and women. What’s interesting here is that Ukraine isn’t asking for our military, they’re asking for our equipment. And we’ve watched the president fail at this,” McCarthy continued. (RELATED: EXCLUSIVE: Rep. Barr Introduces Bill Waiving Costs For Americans Fleeing Ukraine)

“Give them the big planes. They have their own no-fly zone. And from our standpoint as well, let’s secure our borders too,” he added.